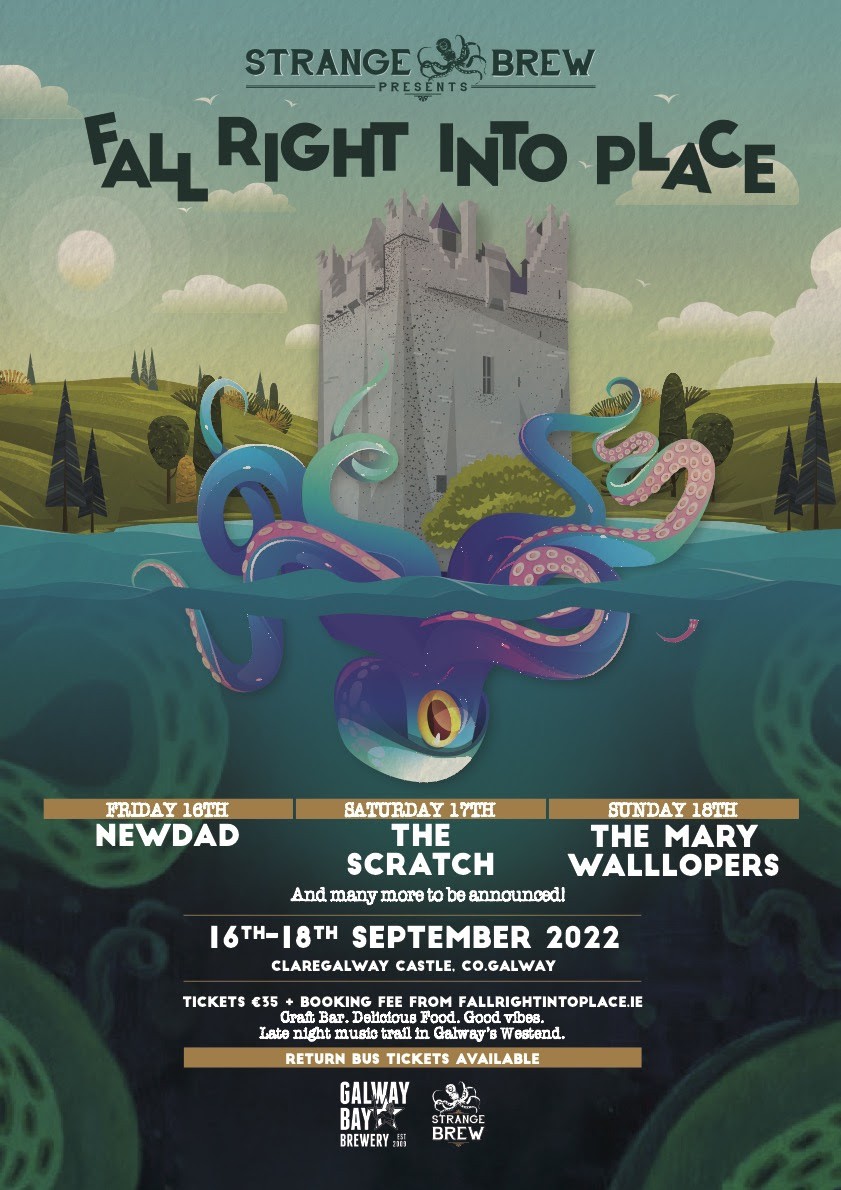 Fall Right Into Place is a new festival that debuted in Claregalway Castle just outside Galway city in a limited capacity last year.

Put on by Galway record label and promoters Strange Brew, it returns this September 16th to 18th with the first acts announced for the festival: The Scratch, The Mary Wallopers, NewDad, with more to be announced.

Tickets €35 (+ booking fee) per day on sale this Friday 17th June, 10am from fallrightintoplace.ie

There will be a bus service from Galway Cathedral to Claregalway Castle, returning after the festival to Galway’s West End for a late night music trail through Róisín Dubh, The Blue Note, Massimo, Bierhaus & Salt House.

“This is more like a reboot of Fall Right Into Place than a second year. We were operating under a lot of restrictions for the first one in 2021, but I think everyone could see the potential for what it could become when things returned to normal. It was so magical last year, a real balm for the soul at a difficult time, a very emotional experience for a lot of people – myself included! I am very happy to be able to invite back some of the acts that performed last year, as well as plenty of new ones. There are some big changes too: capacity has been expanded and it’s no longer all-seated. We have Galway Bay Brewery on board, so there’s going to be a wonderful array of craft beers available. The buses run back to Galway’s Westend after the festival for a late night music trail. The perfect way to wrap up the festival season.”

Fight Like Apes are returning for a gig at the Olympia next year; along with a vinyl re-issue of their debut album this September