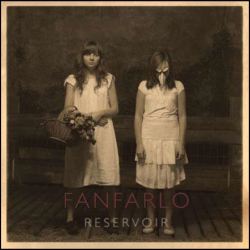 Maybe like you, I’ve been hearing the name Fanfarlo for about a year but never really listened to much from them. Now the band are stepping up their game with the release of album Reservoir and on the basis of album opening track ‘Pilot’, it’s gonna be some Arcade Fire shit.

The song is a brooding, marching, subtle, yearning epic tune with a rousing ending and some gorgeous piano and strings. Reservoir is available from the band’s website and is physically available in shops next week.

In addition the band have released their new single ‘Drowning Men’ through the Moshi Moshi Singles Club.