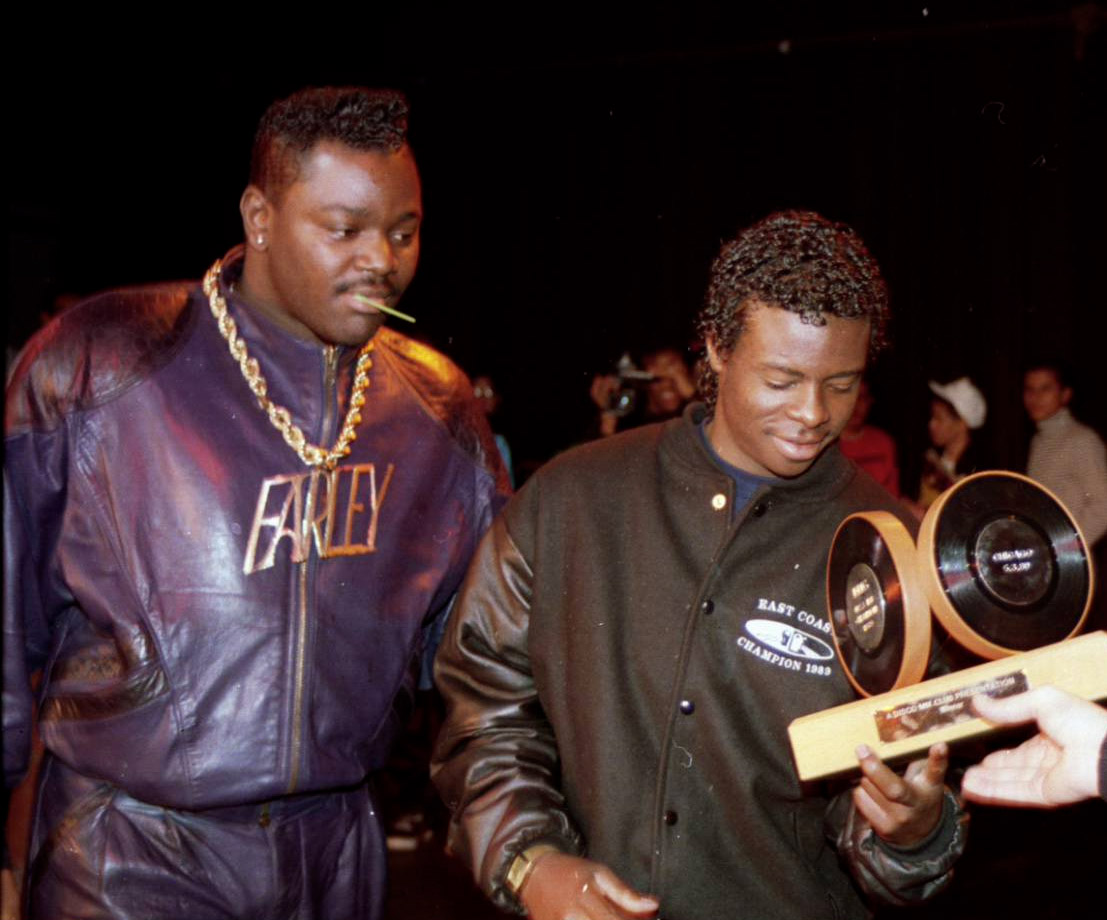 Farley Jackmaster Funk, the Chicago house man behind ‘Love Can’t Turn Around’, a track bursting with funk from 1987, is coming to The Sugar Club for a date, courtesy of Downtownsounds and Fatty Fatty Phonographics on Friday February 7th.

He was last here in 2007 and this time around you can expect “a 3 hour set comprised of early house classics as well as the vintage disco, italo and electro that you hear on his mid ’80s WBMX mixes.”

Support on the night is from Pablo and Lil Dave. Doors 11pm, €12 on the door or Tickets €10 from entertainment.ie . Facebook event.

Farley Jackmaster Funk is one of the originators of the house music sound. As part of the Hot Mix 5 DJ team in Chicago in the early 1980’s, he displayed his jawdropping 3 turntable technique to millions of listeners on their hugely popular Friday and Saturday night slots,spinning a wild mix of classic disco and early 80’s electronic dance music. In 1985 he made the move to production, using drum machines and sequencers and synthesisers to help create a new genre that we all know now as house.

In 1987 his ‘Love Can’t Turn Around’ single went all the way to Number 1 in the UK, and and remains an all time classic to this day. His prolific output continued until the early 1990’s, when he began to concentrate more and more on the global DJ circuit.