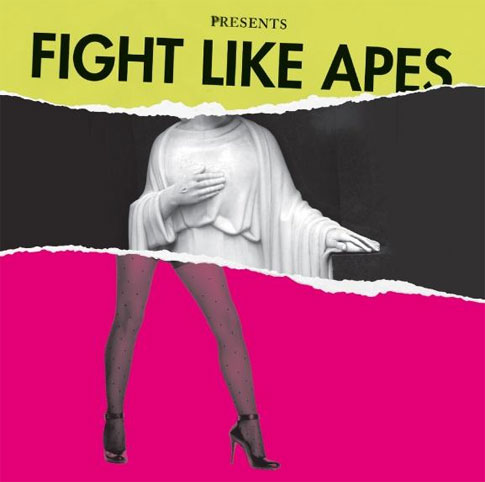 Fight Like Apes are due to release their awesomely-titled second album The Body of Christ and the Legs of Tina Turner on August 27th on Model Citizen records. The album was produced by Andy Gill of Gang of Four. You may have heard ‘Hoo Ha Henry’ already (if not click more), here’s track seven from the album, ‘Poached Egg’, which is centred around the repeating phrase “When thumbs get split / chicks get lit”:

Pre-order a signed copy of the album from Tower where the band will play a exclusive midnight mass set on August 26th. Tracklisting below.