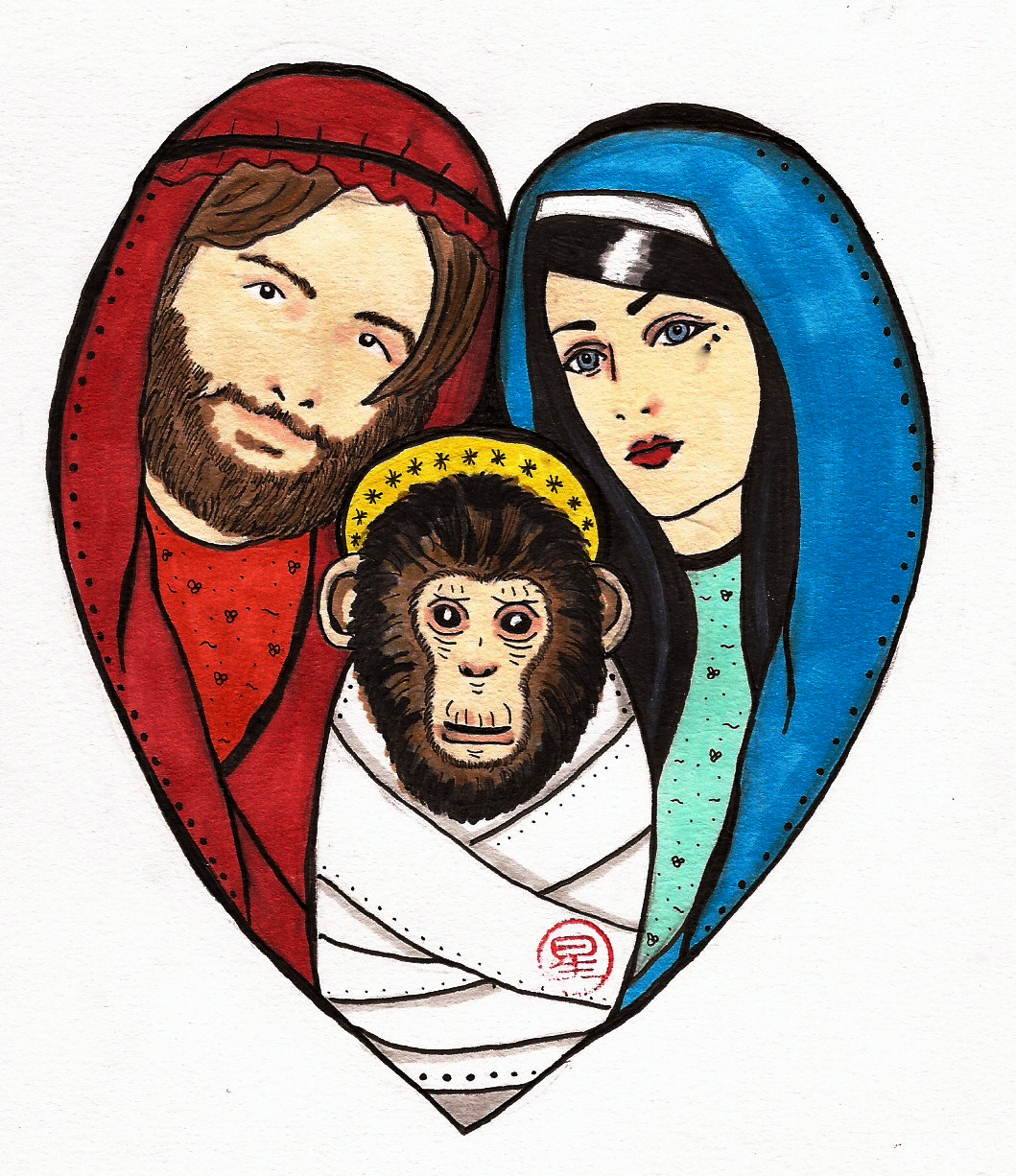 
Looking through the Fight Like Apes discography (i.e. listening to the music they’ve released), some of their best tunes are the ones that pair a raucous energy with an emotional heft – ‘Tie Me Up With Jackets’, ‘Knucklehead’, ‘Poached Eggs’ and ‘Battlestations’.

‘Carousel’ is one of those tracks, a Fight Like Apes song with their trademark sardonic lyrics (“All I’ve got a birthday card that says I hope you burn in hell”) which still pack an emotional punch in its delivery (“all you ever seem to be is fighting, bleeding, blinding”) and one that uses voice samples, bright toy synth sounds and an outro that consists of May Kay ending the song singing “satan!” on repeat. Classic Fight Like Apes really. It bodes well for what’s coming in 2014.

‘Carousel’ will feature on the next Fight Like Apes album coming in 2014. They’ll release an EP on Alcopop Records before that but the band wanted to share this song because it felt a bit Christmassy, as you can tell from the bleeding ridiculous artwork by Loreana Rushe up top.