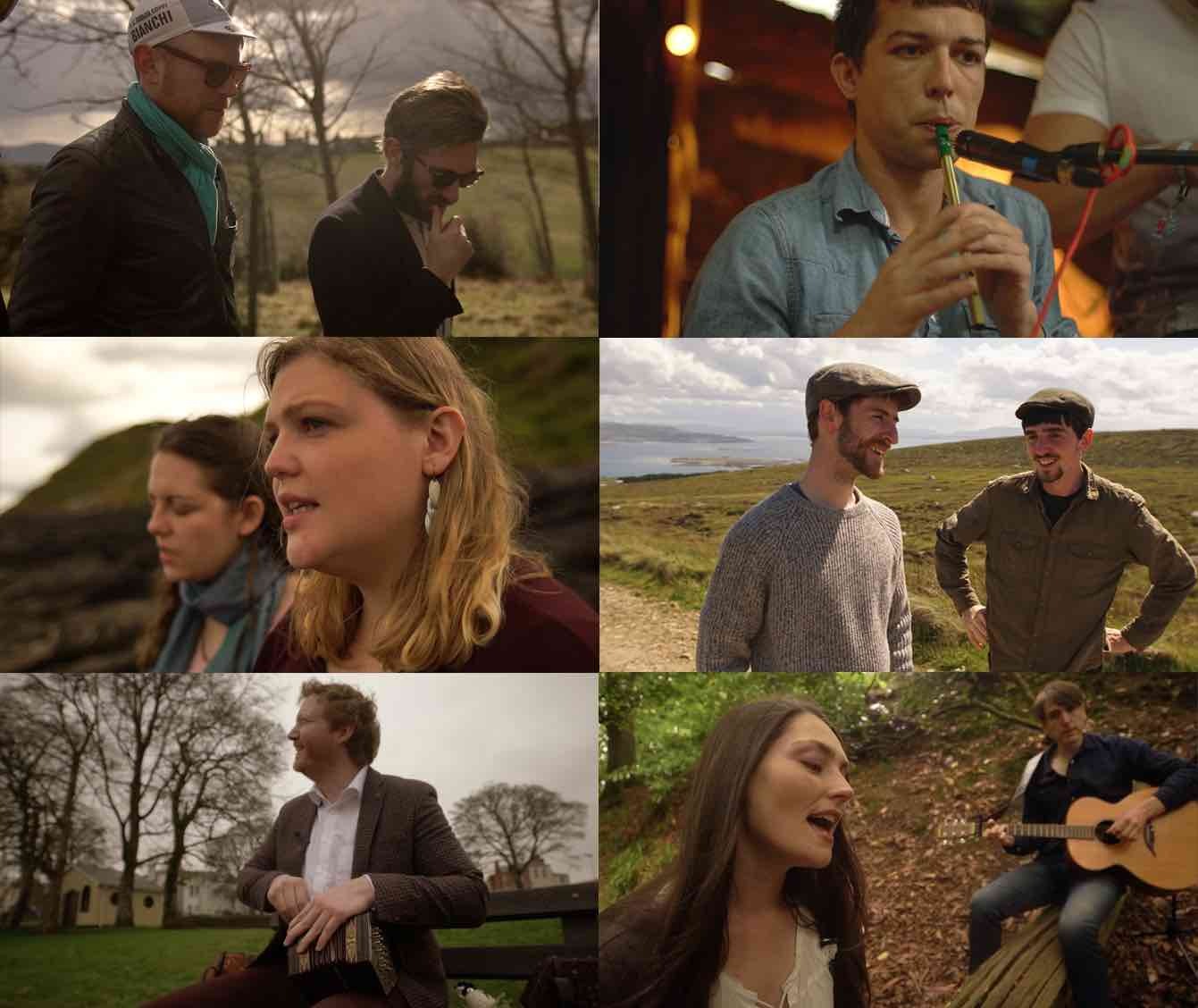 Following the success of bookers/promoters Islander Music’s Quiet Lights weekender in Cork last year, and Arbutus Yarns’ work on the revelatory This Ain’t No Disco webshow, the two groups have collaborated to create ‘Backwards to Go Forwards’, a new piece of film showcasing some of the most exciting and promising names in Trad Nua.

Released quietly this past Christmas Day, ‘Backwards to Go Forwards’ features musicians discussing how they fell into trad, what they love about it, and where they see it going.

Live performances and interviews abound over the course of an hour including contributions from a veritable who’s who of the oeuvre, including: Caoimhín Ó Raghallaigh and Sean MacErlaine (This Is How We Fly), Zoe Conway and John McIntyre, Cormac Begley, Brian and Diarmuid Mac Gloinn of Ye Vagabonds, members of The Bonny Men, Saileog Ní Cheannabhain and her sister Muireann Ni Cheannabhain (Mongoose), Slow Moving Clouds, and Radie Peat (Lankum).

Speaking frankly on the inspiration behind the piece, filmmaker Myles O’Reilly said: “I’m quite new to Irish traditional music, having only just immersed myself completely in the last decade by following the sounds of Irish contemporary musicians whose backgrounds in music came from tradition. My ears followed the inflections of tradition in their sound, and in doing so my discovery became such a natural process, gently investigative, which slowly and surely opened the door to a huge world which I previously did not think belonged to me.”

‘Backwards to Go Forwards’ was funded by the Arts Council of Ireland, with interviews conducted by O’Reilly, Martin Burns and Donal Dineen. For more info, check out Arbutus Yarns’ website.