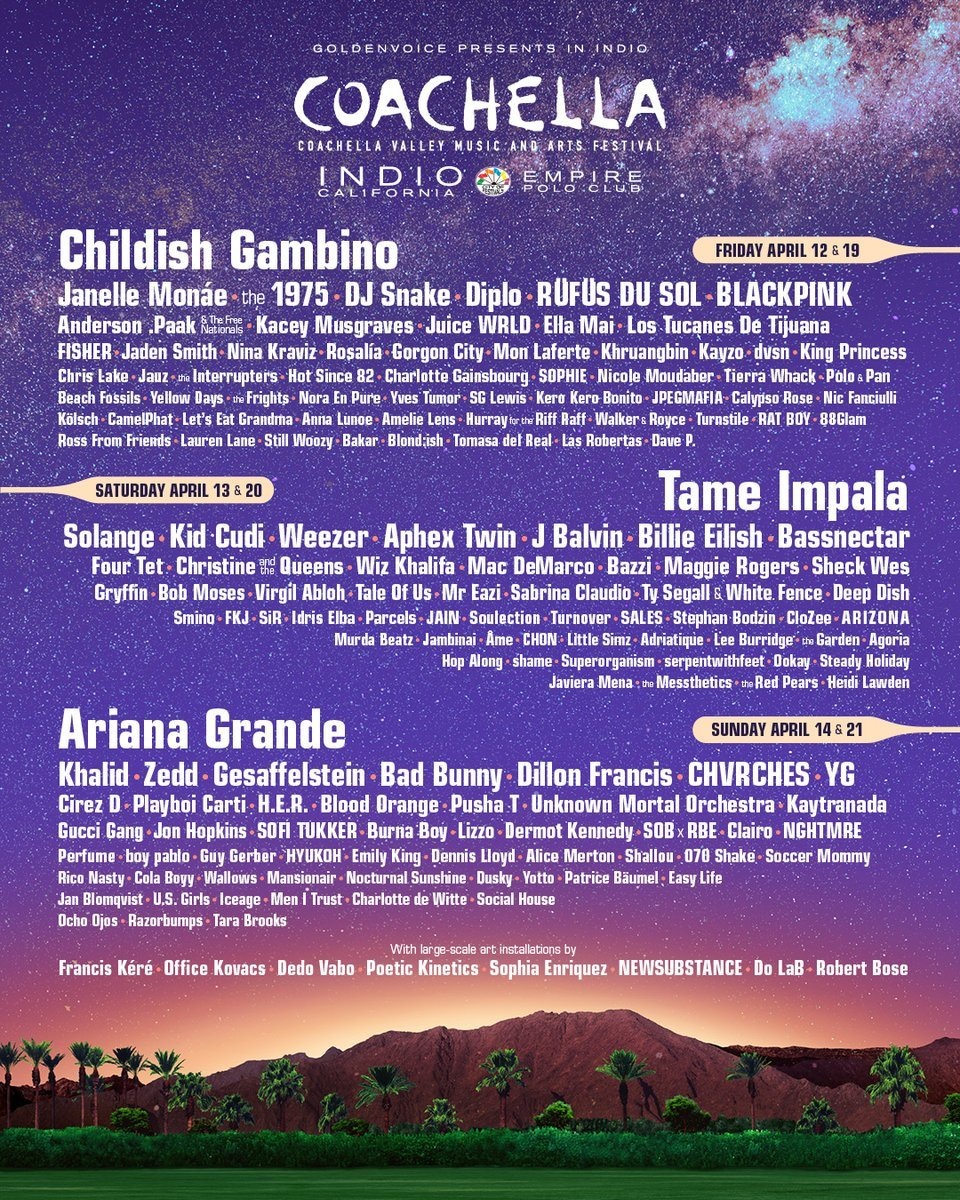 The Coachella festival is the US’s biggest weekender (or two weekenders as it is now) and it sets out the stall for where the music industry activity will be focusing this year including who is touring across the world.

Headlining the festival in Indio Valley from April 12 – 14 and 19 -21st are Childish Gambino, Tame Impala and Ariana Grande.

Also in there are names like Janelle Monae, Solange, Aphex Twin, the 1975, Khalid and Anderson .Paak. The designer and Kanye cohort Virgil Abloh is also on the lineup presumably in a DJ capacity.

Some names on the lineup we could see, or would be pleased to making their way to Europe this summer? Bilie Eilish, Tierra Whack, Kid Cudi, Pusha T, Bad Bunny, Gessaffelstein, Yves Tumour, Serpentwithfeet, Weezer and 070 Shake.

It’s the Coachella festival’s 20th year this April. I don’t think I could hack the desert weather.