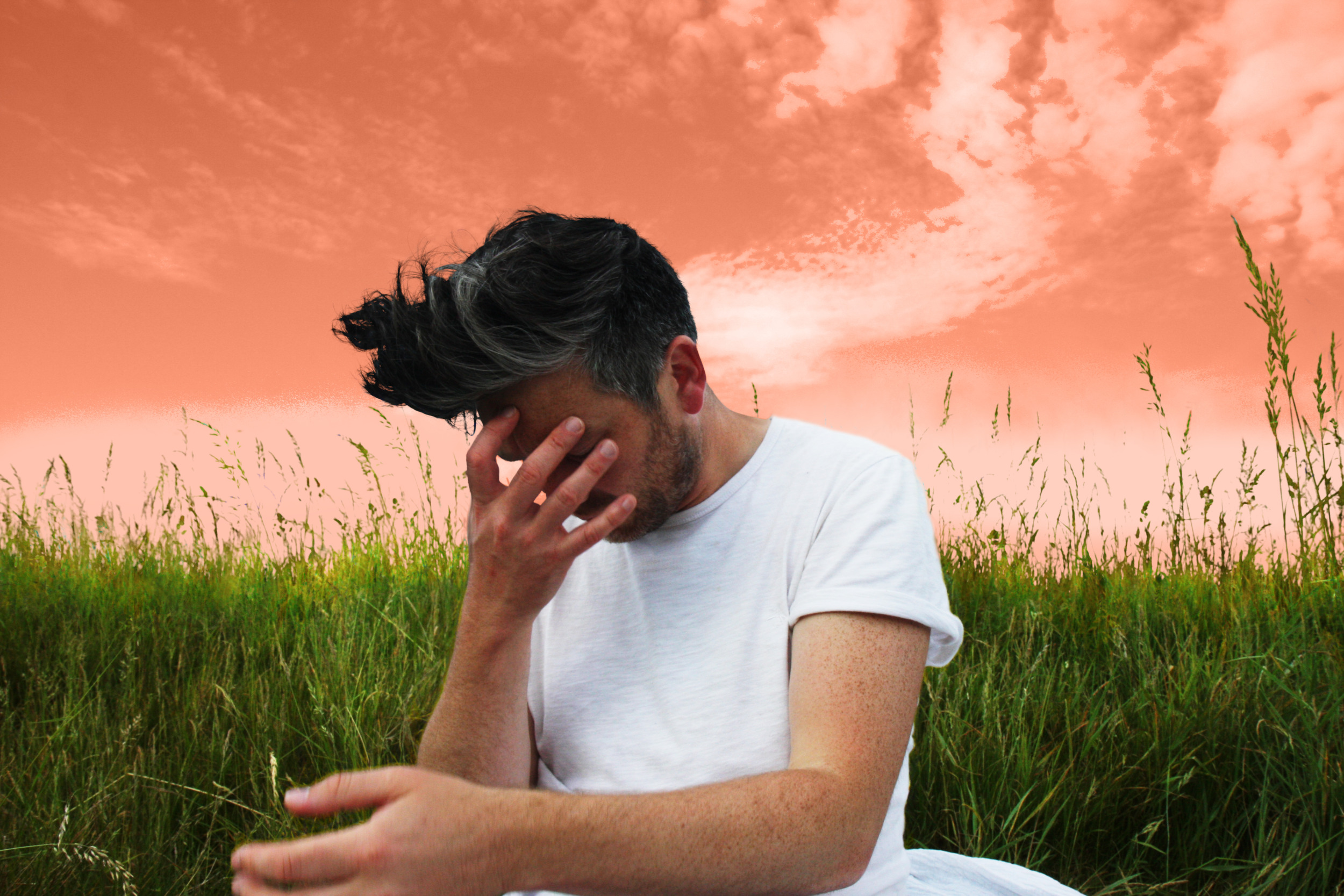 Known for his current work as one half of All Tvvins and his past work with The Cast Of Cheers, Conor Adams has a solo EP out this Friday.

It’ll be the Dubliner’s first solo material. I Admired Your Grace at the End of the World features four tracks of a different slower persuasion than his other projects, drawing on piano ballad, ’80s electro, reflective pop, and that came from having written 60-plus songs that didn’t fit elsewhere.

The songs were worked on with producer Cormac Butler in 2018 initially before being returned to last year.

“When a band ended, or if I had some time between albums, I just never managed to get to it. But this time I just had to do it – it was now or never,” says Adams.

Of the EP, Adams says:

“I Admired Your Grace at the End of the World” is an evolving, distant-future, retroactive commentary on a world that is so deeply flawed yet so utterly perfect. ‘2 For Joy’ kicks off the series, with a – sort of – blind optimism; in a world wracked by social, economic, political and cultural turmoil, it is a quiet voice in a chasm, whispering fragments of stories. It’s trying to say that it’s OK, you’re OK, we’re OK … I hope it’s OK. It’s trying to navigate depression and elation, existence and non-existence … it’s an exploration, a collage of both hope and ruin. It may have taken me half a lifetime to get here, but this new project is a big part of my future.”

“I’ve had the time to dip in and out of this project, to give these songs the space they need to breathe. And it was really important, to me, to be more direct with this project. With All Tvvins, the music is more bombastic so it can be difficult to weave smaller, subtler stories into the compositions, but because the tempo is slower here I can be clearer with my storytelling … without sounding too obvious.”

“I admired your grace at the end of the world. It’s a guiding star that lends itself to so many stories, both real and fictional, in the future and the here-and-now. It could be a million years after the world has ended and these songs are looking back at every story. You can see a tonne of grace in the world … even in the bad things.”