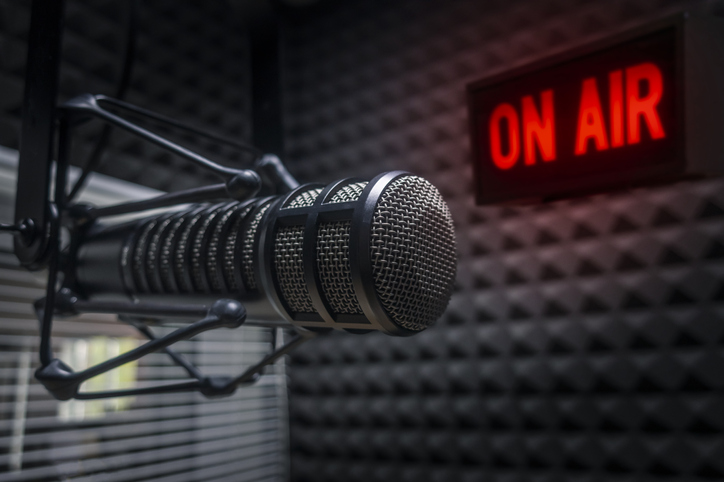 A new report released today based on data from Radiomonitor, which charts the airplay of artists across different stations, reveals that almost every Irish national radio station, bar one, only plays less than 10% female artists in its top 20 most-played tracks between June 2019 and June 2020.

The report highlights the frankly embarrassing lack of support for female Irish musicians on Irish radio. The poorest showing comes from FM 104 who feature no women in its top 20 Irish airplay. Spin 103.8 and Today FM only feature 1 female act (5%) in its respective top 20 (Soulé), 98FM and RTE 2FM features 2 female acts (10%) in their top 20s (Soulé and Aimee; Roisin Murphy and Soulé respectively). See those stark numbers below.

Only RTE Radio 1 does not have a gender disparity in its top 20 with 50% of its top 20 airplay featuring female artists.

ONE. ONE STATION IN THE ENTIRE COUNTRY.

The report was put together by Linda Coogan Byrne who operates Good Seed PR.

If you are talking about this on social media, use the hashtag – #GenderDisparityRadioIre

The report also shows while Soulé and Aimee crop up a lot across stations, the amount of plays they get compared to their male counterparts shows that they still don’t get anything close to the same reach.

Women of the Irish music industry respond in the report:

“This is thoroughly depressing reading. The situation seems to be getting worse not better. I grew up hearing very few female artists on the radio and it seems incomprehensible to me that we are still in that place today. The unconscious bias towards male musicians, songwriters and performers is staggering. Looking at these figures I’m frustrated at the talent that we’re losing, the songs that will be missed and the voices that we’re never going to hear.”

I think we’ve always known there was a huge disparity between the sizes of the platforms given to men versus those given to women but to see it laid out like that is incredibly eye opening even to me as a woman in the industry. Any time I’ve had this conversation with men or women in my life, they’ve come back to me with ‘yeah but Soulé gets airplay, the Cranberries get airplay, you’re overreacting etc. etc.’ or ‘there just aren’t as many women making music’. The Dreams cover is evidence that the latter simply isn’t true. And the research is evidence that yes, Soulé and the Cranberries might be getting airplay but they make up a tiny fraction of Irish artists being showcased! Ihope that things are about to turn. There are so many women making incredible music in the Irishscene so hopefully that will begin to be recognised!”

“Looking at Linda’s report on the gender disparity in Irish radio I was shocked! I had an idea it wasn’t going to be great but to have stations at 100% Irish male artists being playlisted on radio was just jaw dropping. This needs to change. There are just so many amazing Irish female artists who are working so hard putting themselves out there and they need to be on daytime radio and they need to be getting playlisted. Simple as. We have to all work together to change this. If RTE radio 1 can do 50-50 then surely we know it can happen!”

Linda also put together a playlist of female Irish acts as it seems radio playlisters really need it spoonfed to them.