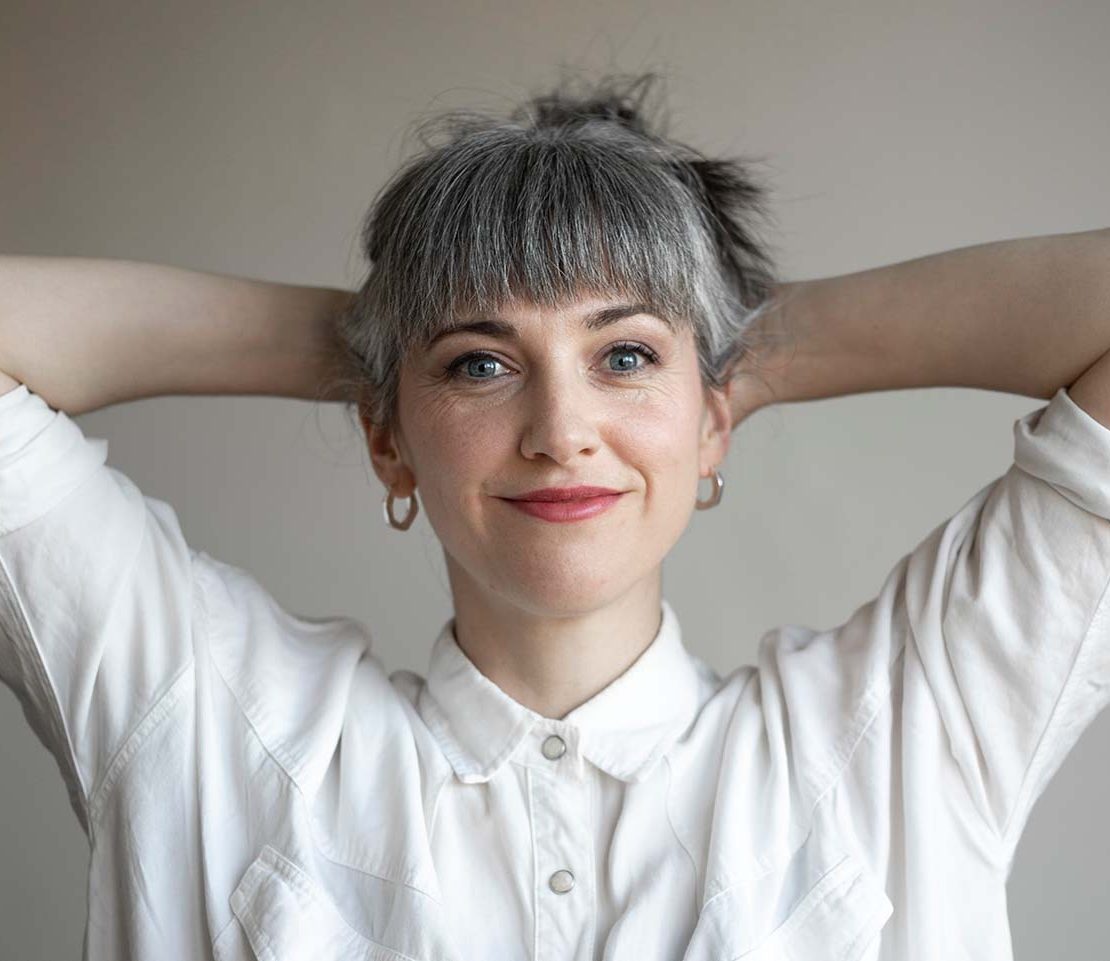 Every few years Eithne Ní Chatháin releases an album that shows a songwriter keen to explore her songwriting as far as it will go.

From the folk pop sheen of 2015 debut The King has Two Horse’s Ears to the atmospheric songwriting of 2019’s The Hare and The Line, a sense of movement and pulling at threads to see what shakes out for the songs has been ever present.

As has the Irish language, whether it was in the as Gaeilge version of ‘Come With Me’ or a sean-nós tracks like ‘Póirste Béil’.

For the third Inni-K album Iníon, Ní Chatháin has steeped her songs completely in the tradition of others past and of sean-nós (typically unaccompanied old-style singing), but of course, the threads aren’t let lie there.

The nine-track album’s title means “daughter” and accompanies these fresh explorations of this style of singing and old songs with arrangements that go beyond the traditional, and seep into a jazz style, with Matthew Berrill (clarinets, piano), Brian Walsh (drums & percussion, piano) and Mary Barnecutt (cello).

The roots of this album reach deep. In my mind’s eye, I see myself, aged 11, at home, tracing my finger across a small dent in the front of the record player and listening to a Gael Linn record that Mam and Dad had, hearing the singing of Seosamh Ó hÉanaí. In that moment, I was transfixed. I became fascinated by sean-nós singing and, through the years since, have explored that compulsion alongside other musical curiosities and influences. Iníon is a circling back to my musical lineage to honour my first deep love of sean-nós song and what has been passed onto me. The same momentum carries me and this music forward, joyfully falling into step with fellow explorers of different musical genres, from jazz to classical, to imagine together and share new iterations of some of the songs I love most from our singing tradition.

I try to be a caring, attentive daughter of our rich song and music traditions, and also hope to be an innovative, curious and adventurous one!

Inni-K has upcoming tour dates beginning in March. More information and tickets can be found at inni-k.com