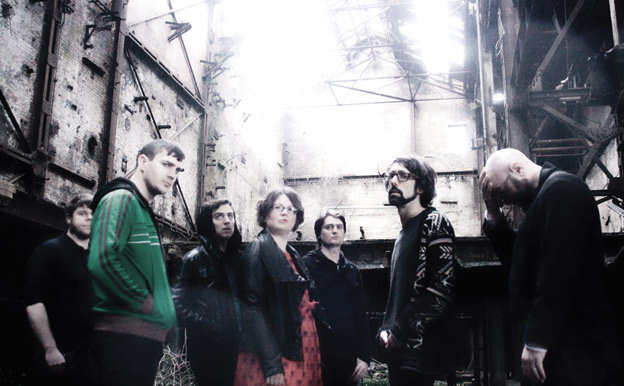 Dublin experimental veterans The Jimmy Cake today unveil their new album, Tough Love, in full, ahead of its release and launch gigs this weekend.

Tough Love is the band’s sixth studio long-player. Written in 2015 as a single longform piece for a once-off performance in Dublin’s now-defunct Joinery venue, Tough Love is, in the words of Penske’s Albert Twomey, “part kosmische post-punk dystopia, part time-lapsed motorik stoner rock. Both sides menace and swell, playing with time and space before building to two distinct strains of glorious sonic pay-off.”

The Jimmy Cake have been an ongoing concern in Dubland since 2000, after the disbanding of noise-rock outfit Das Madman. In that time, they’ve shared stages with the likes of Damo Suzuki, Iva Bittova & Charles Hayward, while becoming an ever-more dense psych-rock proposition over the course of six full-lengths, with previous album ‘Master’ arriving after a seven-year hiatus and hitting #12 on the Irish album charts.

The entire, 40+ minute piece is streaming below, uninterrupted and in its dense, slab-heavy glory.

Tough Love releases on the 14th of July on vinyl via Penske Recordings. A number of gigs are scheduled for this weekend: