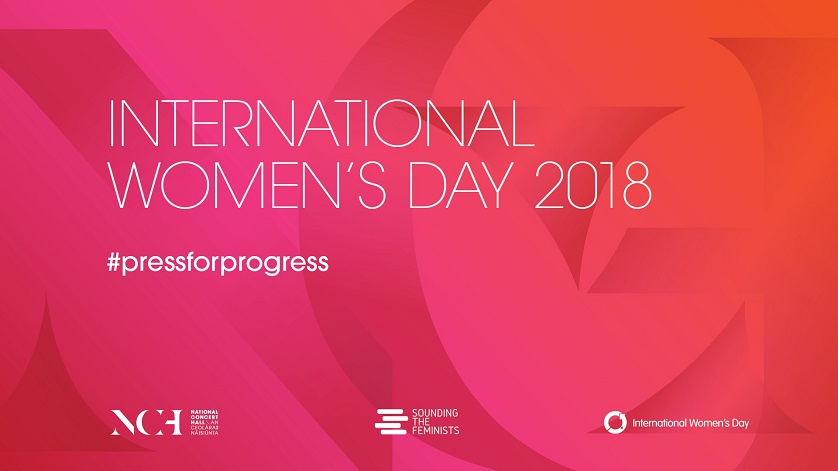 The National Concert Hall and Sounding the Feminists (STF) have announced a new five-year initiative supported by the Department of Culture, Heritage and the Gaeltacht, under the creative Ireland programme to promote creative work by female musicians and composers worth €100,000 in the form of €20,000 in funding each year.

The initiative will work in three strands and will see The National Concert Hall and Sounding the Feminists co-curate a new Chamber Music Programme as part of the NCH Chamber Music Series 2018.

The first strand will seek to reveal the work of female composers and highlight women who have been active but hidden as composers in the past.

In the third strand which will be presented in 2019, The National Concert Hall and Sounding the Feminists will focus on the diverse range of works of female artists in the contemporary music space. This strand will see concerts, workshops, residencies and collaborations to enhance the creation and promotion of work by female artists.

On the initiative Josepha Madigan, TD Minister for Culture, Heritage and the Gaeltacht said:

‘Ensuring equality across all areas of the arts requires not just fine words or putting in place good policies, it requires actions too. Tonight I am delighted that my Department, under the Creative Ireland Programme will partner with the National Concert Hall to co-fund a programme of new initiatives with Sounding the Feminists.’

“Today’s announcement, on the eve of International Women’s Day 2018, sees the NCH embark on an ambitious curatorial and commissioning programme over the next five years in partnership with Sounding the Feminists. We are delighted to be working with Sounding the Feminists to develop and enhance opportunities for female composers and musicians in Ireland, across musical genres’.

More details on the NCH and Sounding Feminists 2018-2022 Initiative will be announced soon.