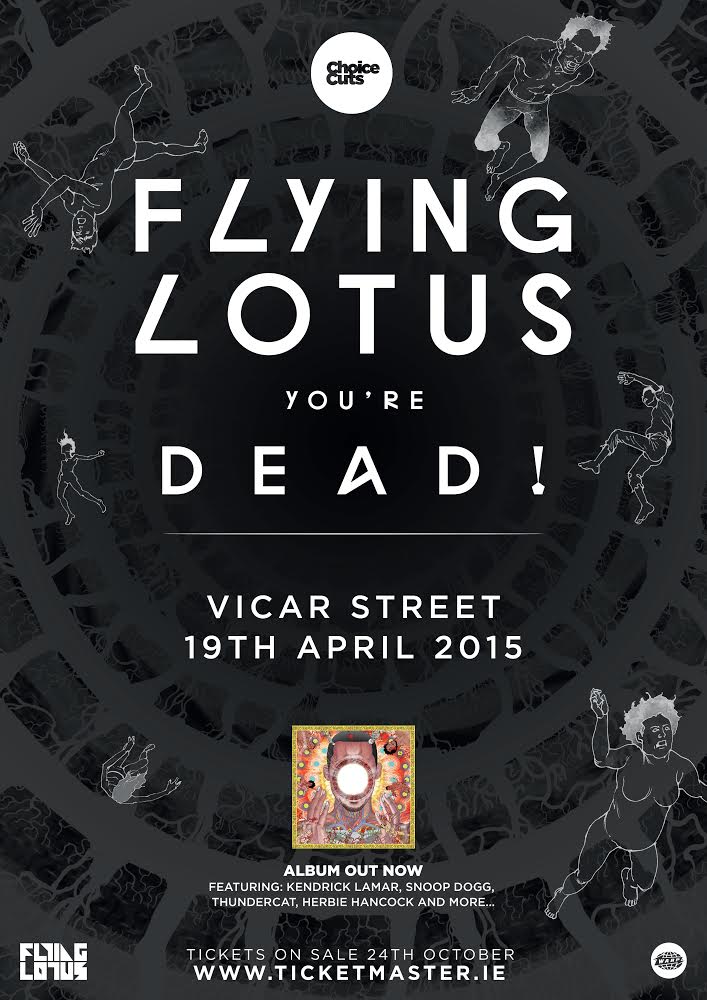 Update: Due to unavoidable commitments in America, this has moved from Sunday 19th April to Wednesday 29th April. All tickets remain valid for the new date.

New album You’re Dead is one of his best – a psychedelic jazz electronic bumper release.