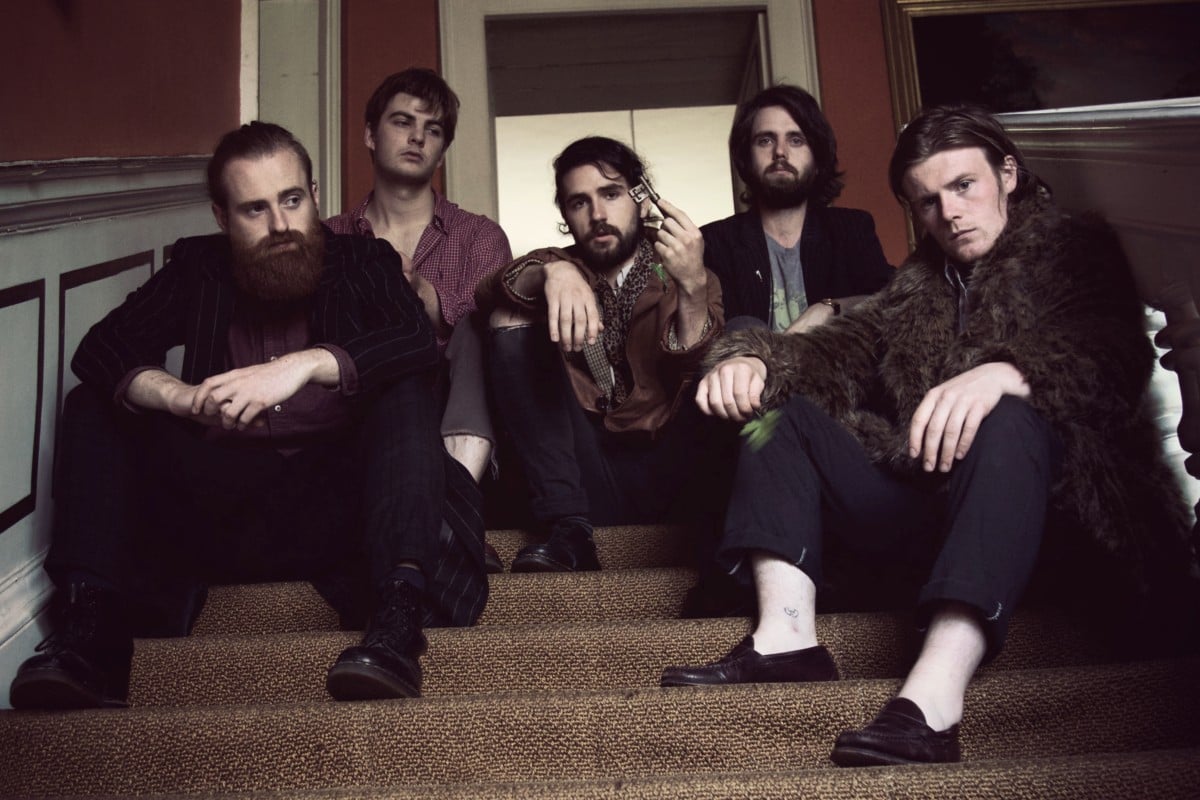 Fontaines D.C. are a band that are explicitly of Dublin city. It’s in their name. The city that brought them together is now reflected in all of its glories and defects through their own unique essence of rock’n’roll.

We are in the midst of a dominant age of streaming music and instantaneous playlists. Perhaps because of this, physical copies of music continue to hold their virtue in the market. Release covers give a band like Fontaines D.C., the opportunity to tell their story and represent themselves, their music and particularly, in this case, their city.

In a bar that borders The Liberties, the area of the city that has become a muse for the band, I spoke to them about the character references that appear on their releases to date and their love for all things Dublin.

“It’s just like loving someone, they can be full of faults, but you come to realise that without those things you wouldn’t be loving the same person,” says Grian Chatten, the band’s singer. “Dublin is just the most imperfectly perfect place and it is living and breathing because of that.”

Fontaines D.C. released their debut single ‘Liberty Belle’ last May, an ode to the Dublin area of The Liberties in the form of a short a snappy rock’n’roll song.

The front cover features Thomas Dudley or Bang Bang as he was known, an old Dublin character from the ’60s who as the tale goes would carry an old church key around with him which he would use as a ‘gun’ pretending to shoot people and declaring “bang bang!”. 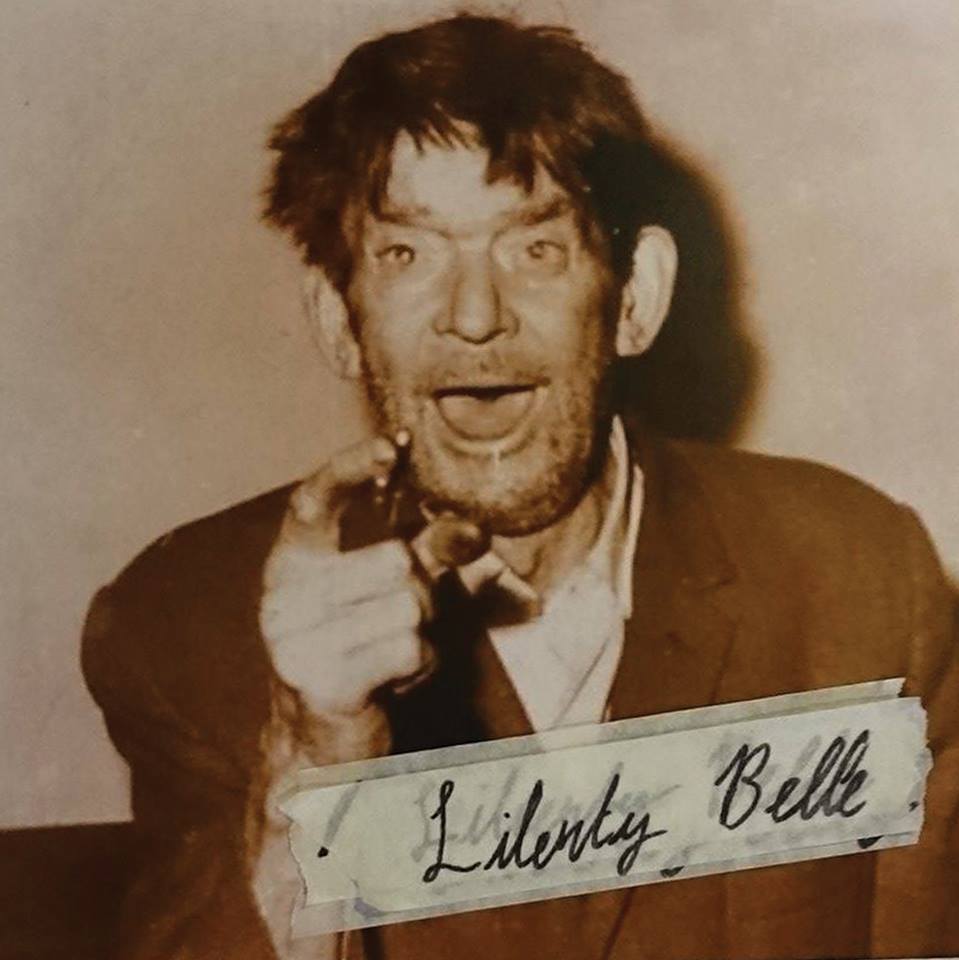 “With ‘Liberty Belle’ being a characterisation and a love song for the Liberties and Dublin inner city life, we wanted to get a character for the cover that would exemplify that and really represent it,” Conor Deegan III, the band’s bassist explains.

“Bang Bang was great because he was eccentric and immediate,” ‘bang bang’ as his gesture really represents the characteristics of the music, I mean it’s a short rock’n’roll song and you’ve got the act of going around pointing a key at someone and going bang bang your shot, it’s a surprise and its quick.”

Their next release introduced the character of Patrick Joseph Marlow or Johnny Fortycoats, a homeless man from the ’30s and ’40s who would scramble around Dublin city wearing multiple coats and pockets filled with newspaper cutouts of comic book strips and jokes which he would give out to children. This is the character who became their emblem for ‘Hurricane Laughter’. 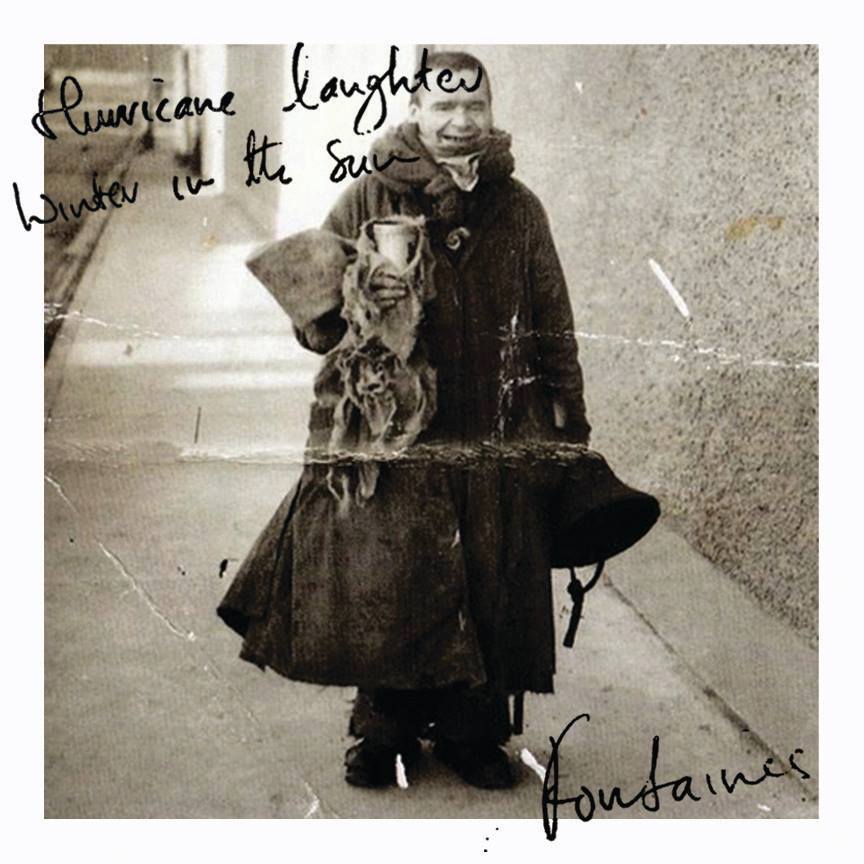 The song is made up of disjointed, raged bits of information that all form something cohesive to the listener, like when Fortycoats passed out different bits of a newspaper, they were all just sort of singular ideas but they formed something else in the audience’s mind,” Grian says.

“It is intrinsically Dublin as well and I always smile to myself when I realise that Fortycoats is so apt for us as lads because we’re always going around wearing two or three coats and between us we must have at least 40 coats.” laughs Conor.

‘Chequeless Reckless’/ ‘Boys In The Better’

Fontaines D.C.’s latest release of ‘Chequeless Reckless’/ ‘Boys In The Better’ features a cover that represents an essence of their own character and personality. 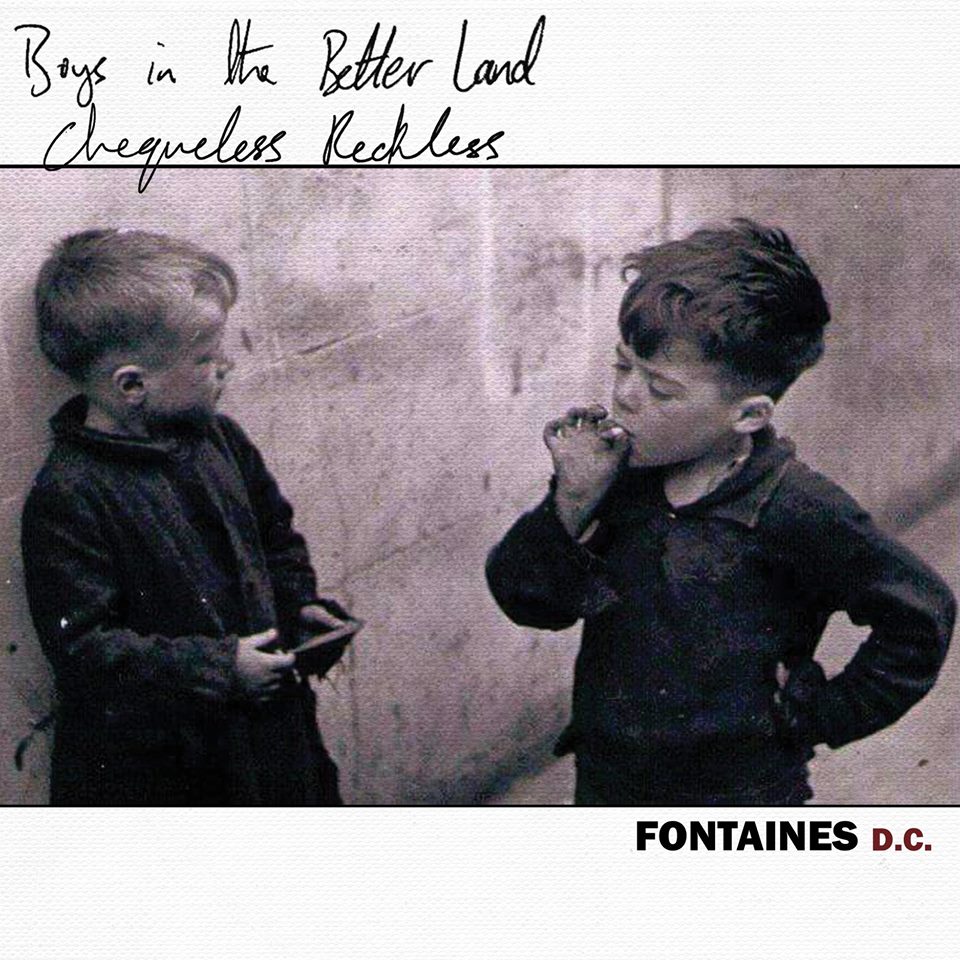 “That picture shows me a human’s desire to get wise,” Grian observes. “We’re taught to be embarrassed by our own innocence and we run from it as soon as we can afford that first box of smokes. The two boys in the picture look hilarious too. Posturing as their elders. They’re rebelling against them but becoming more like them in the process. They also really remind me of us. I hear our daft conversations whenever I look at that picture.”

The video for ‘Boys In The Betterland’ was directed by Hugh Mulhern, Cinematography by Mathew Rogan and Art Direction by Clodagh Farrelly.

You can purchase the physical copies of Fontaines D.C’s releases now from Rough Trade.

Catch them live at The Button Factory this Saturday March 3rd. Tickets priced at €11 are available from Eventbrite.