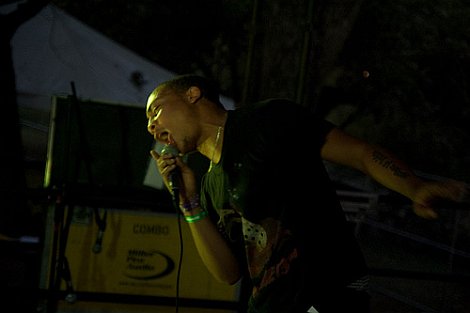 Cadence Weapon AKA Edmonton, Canada resident Rollie Pemberton released Breaking Kayfabe last year. It featured at number five in my Top 30 Albums of 2007 post. His follow-up Afterparty Babies (a moniker his father placed on him, due to his conception circumstances) is due out in March and from that comes “In Search of the Youth Crew” which you may have heard Rollie playing live in recent months.

Cadence Weapon – In Search of the Youth Crew