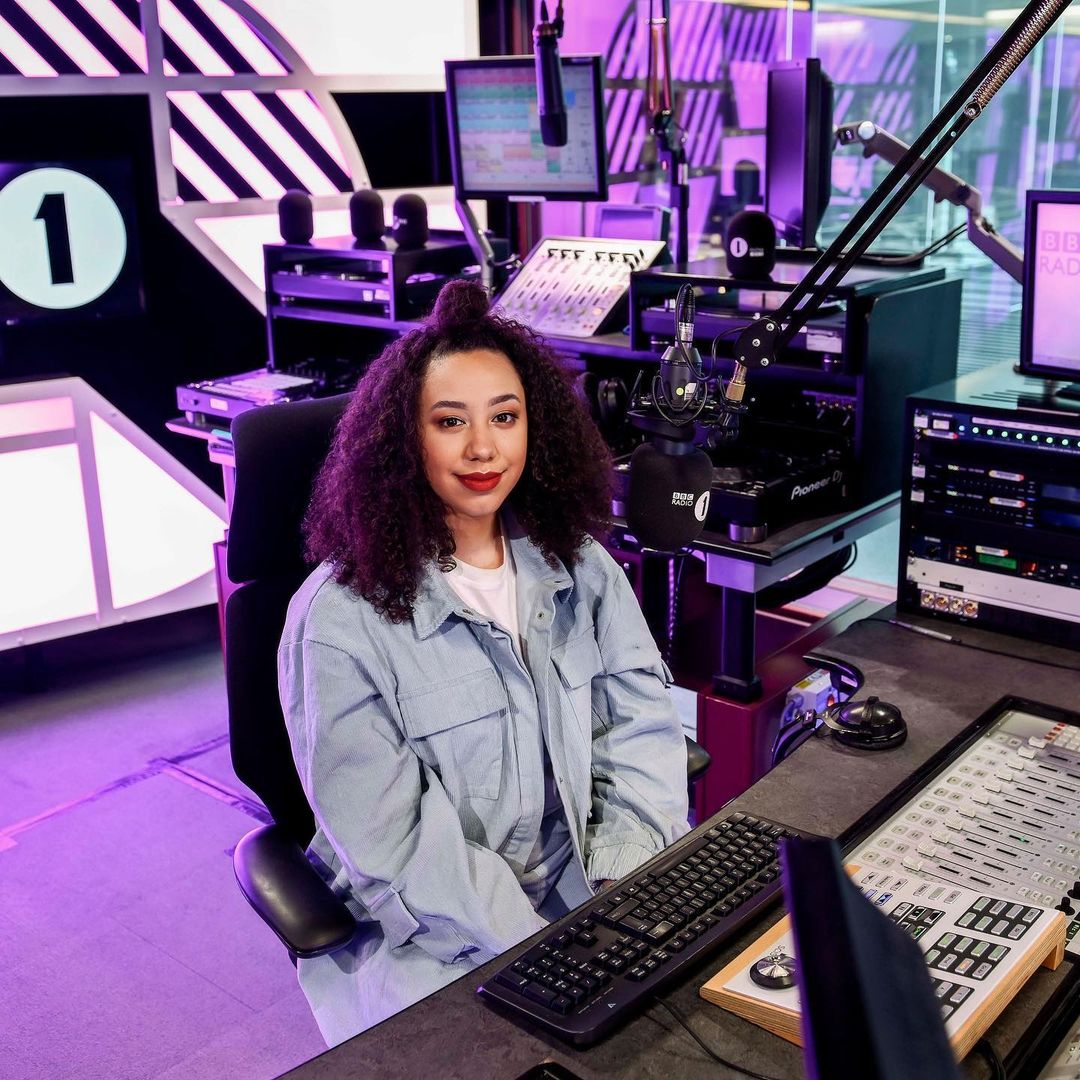 Derry native Gemma Bradley is a BIMM graduate and the host of BBC Radio 1’s prestigious Sunday late-night BBC Introducing show and BBC Radio Ulster’s Monday programme; Across the Line. Both productions are dedicated to broadcasting the work of “unsigned, undiscovered, and under-the-radar talent”, granting emerging artists the opportunity for their music to be heard by a listenership of millions. Using the quintessential pandemic-proof medium of technological communication, I chatted with Gemma via zoom call – hoping to learn more about the radio personality.

Gemma’s professional radio career kick started in October 2019 when she landed the role of lead presenter for Across the Line. As a relatively new voice on air, beginning to find her feet within the notoriously fast-paced world of live broadcasting, Gemma wasn’t given much time to settle in before the pandemic swept across the globe, bringing the normal routine of BBC studio life to a screeching halt.

“Lockdown has been such a surreal experience. When it was first announced it was just before we were about to go live on Across the Line. We did the show and me and the producer just looked at each other because we didn’t know when we’d see each other again. I had just moved up to Belfast with no furniture or internet in my house.”

“To do the prerecords for the show I built a fort in my sitting room from a duvet and a clothe’s horse. At first you’re like ;“Oh this is funny, it’s new, it’s different” but when you’ve been doing it for a few months you just think; “Please get me back into the studio” – it’s that buzz of live radio that I missed. However, it’s taught me loads. I know I can do the show from home if I have to. I’m able to adapt.”

Envisaging Gemma recording the material for the show, enclosed by self-made walls of various bedclothes is an amusing image but it shows us her reliance. By any means necessary she gets the job done, pandemic and all – and she can have a laugh about it too.

It takes a certain self-confidence to succeed in radio. The possibility that your personality will fail to win over the listeners – I would have assumed is a wholly-consuming prospect. Though surprisingly, Gemma isn’t rattled by this possibility.

“ At the end of the day, I’m always going to be me. I’m an awkward person and if that comes across on air that’s fine because that’s me, that’s Gemma! I love seeing people at their most authentic selves because then you can relate to them.”

“I remember the fear just before I was about to fit up the mic for the first time– I was so scared. It’s a daunting thing. But as soon as that mic went off – I was fine. There is this whole atmosphere about live radio that I can’t even explain to you. It’s the most amazing feeling being on air, chatting away. Sometimes things go wrong but it’s fun. If you mess up that’s okay.”

Bradley doubles as a singer-songwriter. Just this April, she released a collaborative single entitled “WB” (aka Wrong B*tch), with fellow women of the X-Collective – a community of  creatives dedicated to “musical production, promotion and collaboration”.

“From a songwriter point of view, I can hear the story in the music of the people I promote. Often it makes me love a song even more because I think “You are so clever.”’

“If anything it makes me a better songwriter. I get to hear top quality music every week. It helps me get better at my game and I also get to connect with new people – it’s a form of networking with other artists.”

“A lot of my time is spent discovering the music of new artists. There’s so much great music out there that we don’t even know about it. These people that I am promoting; they one hundred percent deserve to be showcased on the platform. They have put in blood, sweat and tears to produce this track. It’s all about the artist and trying to get their music out there – trying to get them heard.”

Gemma recognises the importance of fostering musical talent. Her commitment to providing opportunities in music extends beyond her work with the BBC to her hometown of Draperstown.

“The reason I got into music is because I started playing guitar in primary school. Then I attended a music workshop ran by Glasgowbury and it opened my eyes to the world of music. I started writing songs from the age of nine. I was really inspired by the whole thing and I haven’t looked back since.”

“I now teach at Glasgowbury – they were a big support of my musical development as an artist when I was younger. But now I get to put on the teacher hat.”

Gemma radiates positivity. Her vibrant personality is infectious. She doesn’t take herself too seriously. She’s not afraid to laugh at herself or admit to her own mistakes. This is what makes Gemma the successful radio personality that she is. She is real – she can be cringy and awkward and sometimes she messes up, but she owns it.  She is just like you or I. Gemma Bradley is relatable.