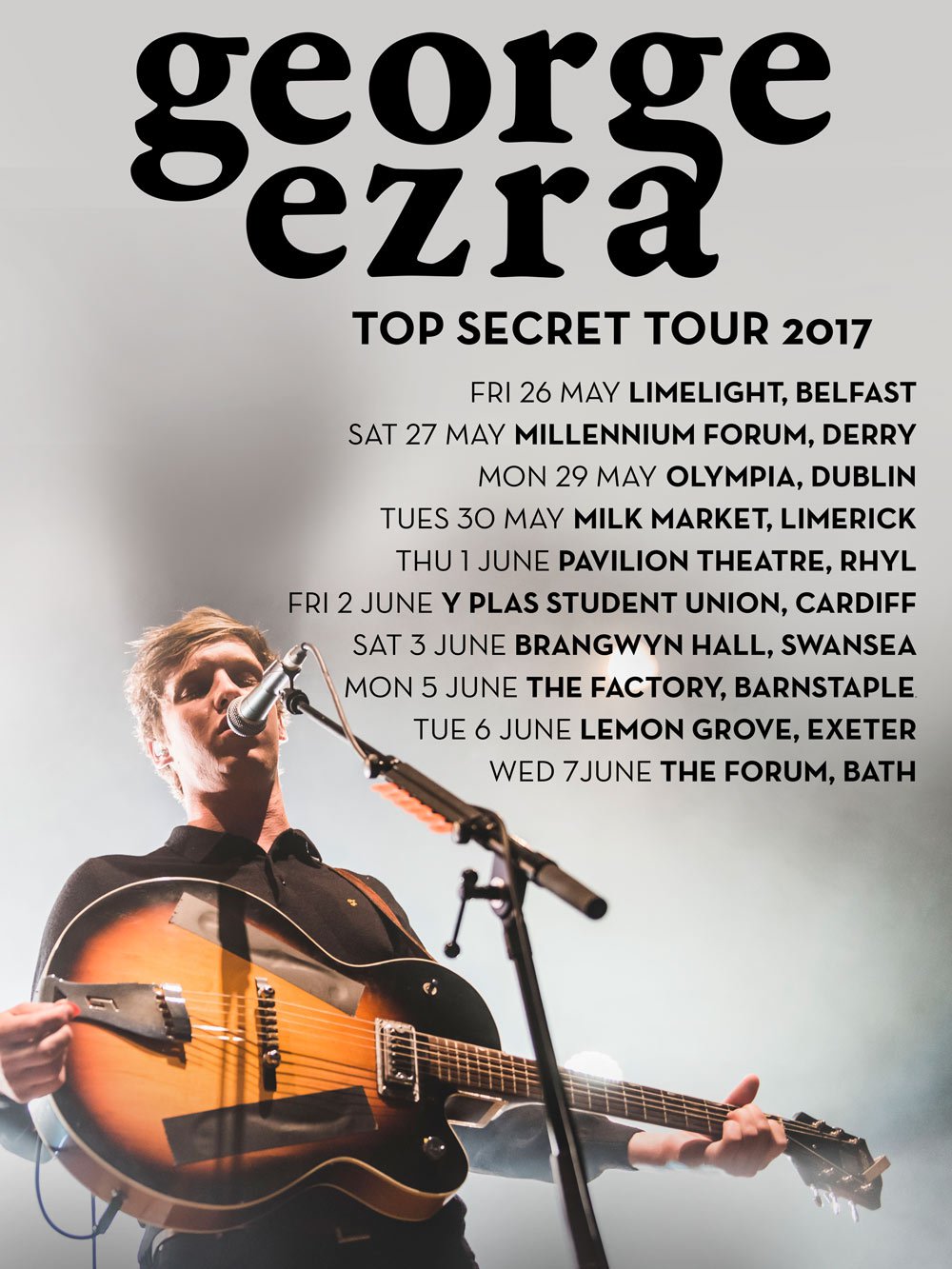 George Ezra’s Top Secret tour will roll into Belfast city on 26 May, Derry on 27 May, Olympia Theatre in Dublin on 29 May and wrapping up with a performance Limerick’s Milk Market on 30 May.

Pre-sale begins 9am, 5 April (sign up by 12pm, 4 April for access . General sale from 9am, 7 April. Visit & www.ticketmaster.ie for full ticket information.

“There is no need for me to point out the fact that I’ve been fairly quiet over the last year,” says George. “But I’d like to reassure you all that I’ve been beavering away at what will one day be my second record. It took a second to work out what it was that I wanted to write about, and then how to approach the writing and recording process.

“I don’t want to give too much away regarding the record, but I do want to invite you all to join me on my first tour back. is tour will be like no other that I have done before for many reasons, but mostly because it will be the rst time that a lot of brand new songs are played live. ere will be a few new band members and we will be working out what the best set list is and what the best way to present the songs will be. We will focus less on smoke and mirrors and more.

on building the best show that we possibly can. We will of course be playing all of the classic Geoff Ezra singalong numbers too!