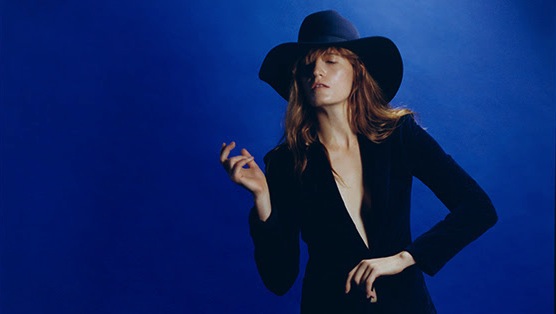 Florence And The Machine’s new album How Big, How Blue, How Beautiful just dropped and so did two dates for Belfast and Dublin as part of her European tour. The dates are at the Odyssey Arena, Belfast on Wednesday 9th and Dublin’s 3Arena on Thursday 10th September.

Still kind of hard to believe but NY El-P affiliated dark rap duo of Vast Aire and Vordul Mega, responsible for one of the best albums of all-time – Cold Vein, Cannibal Ox are playing the Button Factory on July 7th. They released a new album Blade of the Ronin a few months back but let’s be honest, the appeal is the old classics here.

Young Hearts Run Free are running a special event in Martello Tower in Sutton this Sunday called Portal of Discovery billed as “an afternoon of readings, song, storytelling, comedy, and food, with some of Ireland’s most interesting creative people.” It features comedian Fred Cooke, actor, director, and playwright Gina Moxley, spoken word champion, and poet Stephen James Smith, and featuring music by The Evertides, and Dylan Tighe, a radio presentation by Sounds Alive and more. Tickets €20.50+.

After a couple of sold out solo shows, David Kitt is going around the country playing acoustic shows this summer, culminating in a show in Whelan’s in October. The dates are:

Halloween is a long way away yet but that stick this in your calendars.

Devil’s Night Disco will feature some of the darkest horror music around with a fully-seated sets from returning Italian soundtrack masters Goblin playing music from the films Suspiria & Profondo Rosso, along with I-F, The Horrorist (Live), Umberto (Live) , Everything Shook more. It happens in District 8 on October 30th. Tickets on sale soon.

J. Marinelli is a raw punk musician who is coming to Dublin for a show on the Summer Solstice weekend for a show at The Barricade Inn on Parnell street on Friday June 19th with support from the Former Soviet Republic & Gross Net.

Mitchelstown Cave gigs announced for July with This Is The Kit, Lisa O’Neill, David Kitt…