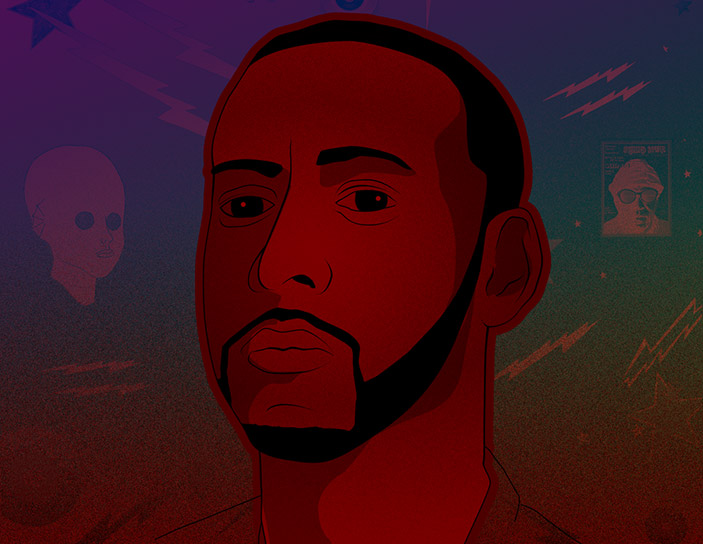 Madlib is coming to town for a DJ set in The Sugar Club on Holy Thursday, April 17th. Tickets are €20 and the venue will be kitted out with a Funktion One soundsystem and visuals by Practice and Theory who also did the lovely posters in full below.

The same month, Kurt Vile is in Ireland. There are two solo dates so far: Whelan’s, Dublin on Monday April 7th and The Pavilion, Cork on Wednesday April 9th. Pall Jenkins (Black Heart Procession) supports. Tickets are €22 for Dublin /€20 for Cork on sale Friday.

It was a late entry to my albums of the year but Forest Swords’ Engravings is a fine album and its creator is playing Hidden Agenda on February 15th, an early show. Tickets €12 on sale now.