Before they head off to SXSW, Fight Like Apes are playing a headline show in The Sugar Club on Monday March 16th. Support comes from Bitch Falcon and DJS Dan Hegarty (2FM), Steve Reddy and Gav Icon. €10/€12.

Noel Gallagher’s High Flying Birds was just announced for the Marquee in Cork.

Modest Mouse were announced for the unusual venue of The Helix on DCU campus on Friday 10 July 2015. Tickets for it are €30+ from Ticketmaster.

Choorpy Connect is a monthly music networking event run by Choorpy which takes place in the Workman’s Club on Wednesday. It’s a gig with two bands but in Choorpy’s Patrick Cutliffe’s own words will be “places where musicians and music industry can meet, chat, get passionate and animated, and generally do business together.” Pete Holidai (The Radiators from Space) will also speak after. Tickets here.

Concrete Soup is a new improv music event in Block-T. The first one happens on on Saturday March 21st and they will take place on the 3rd Saturday of every month. It starts at 4pm. Facebook event.

Misha Freshin’ is a new club night run by Ray Wingnut focusing on DJ/Beats/Hip-hop from the underground. It starts on March 27th in the Bernard Shaw with Sunken Foal, Jimmy The Hideous Penguin and residents. It’s free in and is his in inimitable description Wingnut says expect “great music, dope beats, eclectic mix and Friday-evening-good-vibes out the wazoo.”

Cities Breathing is a once-off event commissioned by St Patrick’s Festival Ireland as part of their ‘I Love My City’ programme which will pair music and visuals. Videographers and visual artists Peter Martin, Albert Hooi with Al Kennington and Kevin A Freeney of CLU Musicwere commissioned to visually explore contemporary Dublin and on Monday March 16th in O’Reilly Theatre, Belvedere College, CLU Music, New Jackson and I Am The Cosmos will play music they’ve composed for the short films. Tickets are €10.

Radiomade’s The Co-Present show presented by Dwayne Woods and Niamh Farrell is doing a live broadcast with musical performances from Women’s Christmas, Segrasso and the Evolution Project on March 20th in The Mezz in Dublin.

McAlmont and Butler are back and playing Vicar Street on November 1st. Tickets are €30+ from TM on sale now. 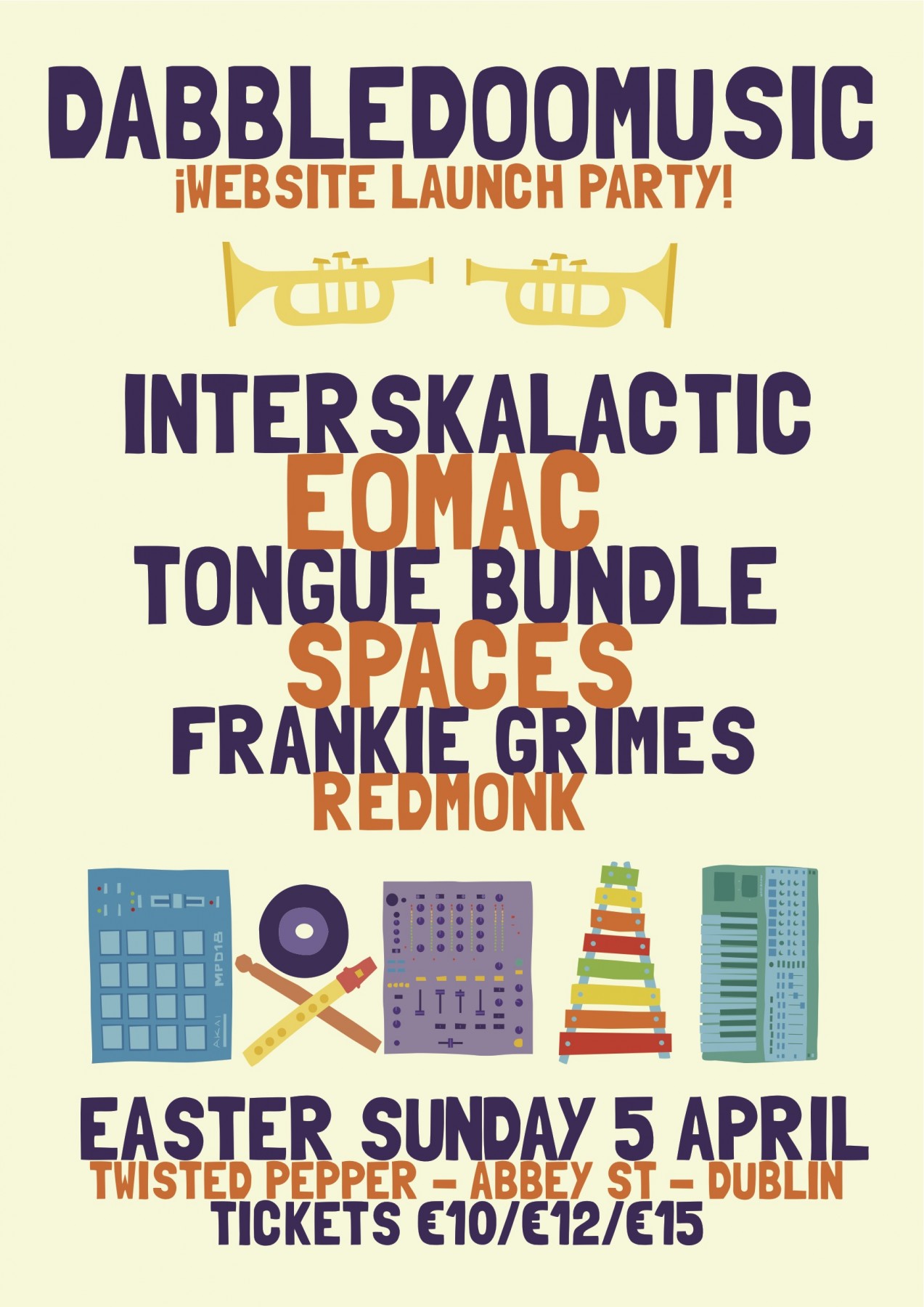 Ben Pearce announced for The Academy; win tickets before they go on sale