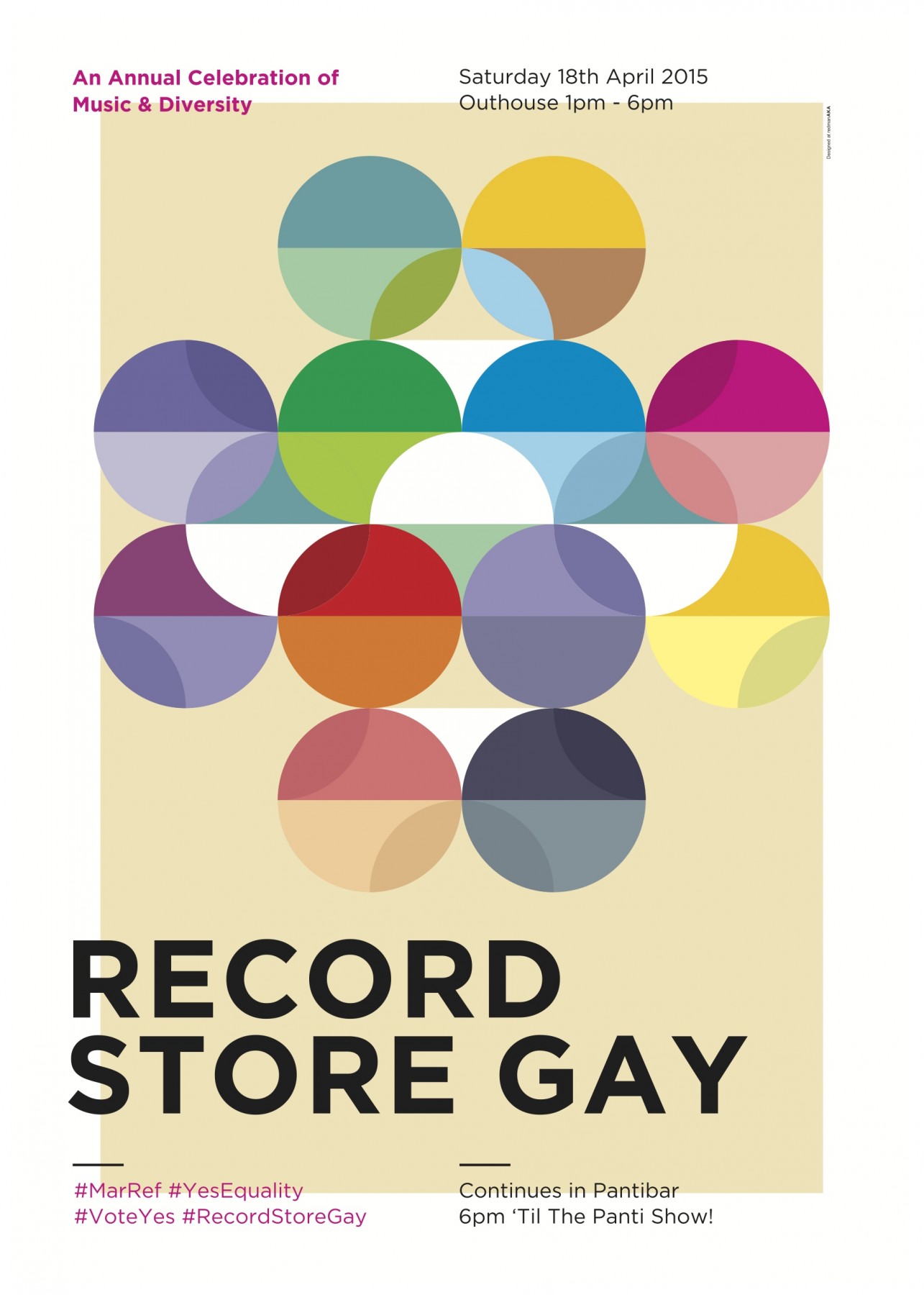 Some gig announcements of note, not included in recent news updates:

More parties for the Yes Equality campaign? Sure.

Record Store Gay is back on Record Store Day, April 18th (here’s the list of releases worldwide) and there will be another compilation and gig in Outhouse to celebrate on the day. Artists performing and featuring will be Hi Fashion, Kate’s Party, I Heart The Monster Hero, Florence Olivier, Katherine Lynch & Switzerland, Patrick Kelleher, Gross Net, The Late David Turpin, Brian Conniffe, Gar Cox, Fierce Mild, Feather Beds, GODHATESDISCO, Laura Ann Brady and many more.

There will be Record Store Gay prints by artists including Lili Scratchy, Shark At Heart, Ickis Mirolo, Ruan Van Vliet, KAGE and many more will be for sale. It takes place in Outhouse, Capel Street from 1pm til 6pm with a gig later in Pantibar from 6pm.

100% of proceeds will go towards the Yes Equality campaign.

At the Electric in Galway, Confetti on Friday April 10th is encouraging everyone to dress in wedding suits and dresses for a big celebration fundraiser for Yes Equality.

Yes Fest takes place on Thursday April 30th in the Bello Bar. September Girls, Kate’s Party, Cave Ghosts, Sissy and The Winter Passing are playing the gig and it’s €8 on the door. All in aid of the yes campaign for the marriage referendum on May 22nd.

Hypnotic Brass Ensemble are in town this week to record part two of The Heritage EP. Part one came out 5 years ago. As they’re here, they are playing a once-off gig performing both EPs on Holy Thursday in the Sugar Club. Tickets are €12.50 until Wed April 1st at 5pm. €15 after.

Fun Lovin’ Criminals are doing a 20th anniversary Come Find Yourself show in Vicar Street in 2016. Yes, next year. Friday January 29th to be exact. Tickets priced €35 plus fee on Wed April 1st @ 9am.

Bob Moses are playing a Hidden Agenda gig in Opium Rooms on Saturday, April 11th, 2015. Support from DJ Dreem. Tickets €10+ fee from TicketABC & Ticketmaster. The New York duo have a compilation of their work so far coming out on Domino called All in All including this great track: