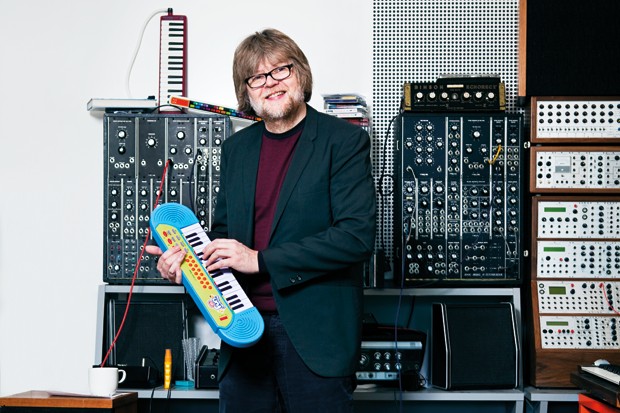 Goldfrapp’s Will Gregory and Portishead’s Adrian Utley lead The Will Gregory Moog Ensemble in Unique Concert at the National Concert Hall
in collaboration with Science Gallery Dublin (we recorded a podcast there last week) on Sunday 1st October 2017.

The show will feature feature newly composed music, transcriptions of classical works and their own versions of music from popular culture and film all on Moog synthesizers. Gregory will premiere a piece to mark the 10th anniversary of Robert Moog’s death, featuring a new clocking device that enables all ten synthesizers to be synchronised, producing an entirely new soundscape.

The show is presented in collaboration with Science Gallery at Trinity College Dublin as part of their SOUND CHECK exhibition, which has seen musicians take up a residency at the gallery. So far, Chicks on Speed occupied June , Sam Battle (Look Mum No Computer) is in there now and composers Roger Doyle and Linda Buckley will be in residence in August and September, respectively.

10 gigs & festivals to see in Cork this week