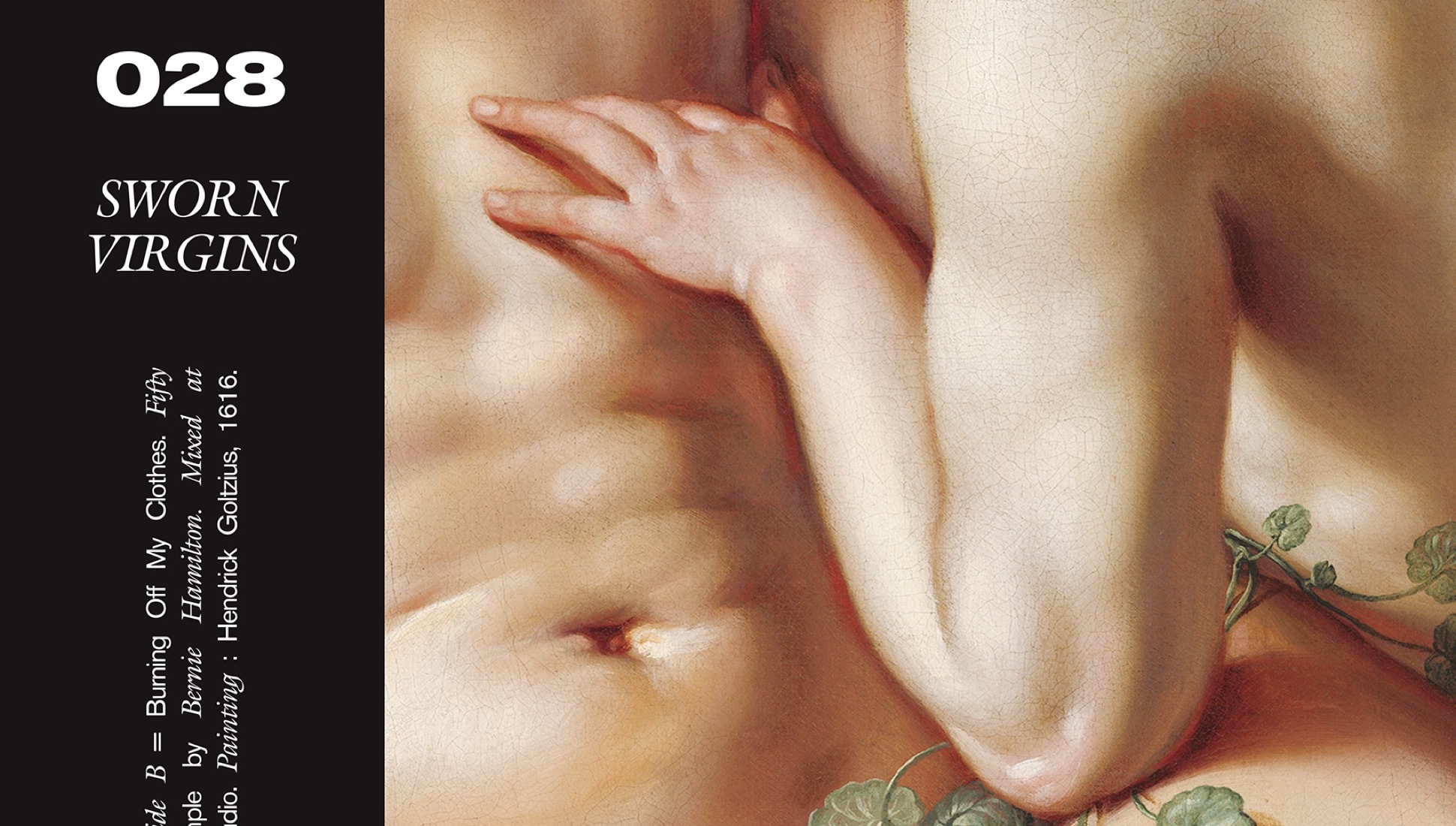 Blending elements of acid house, 70s groove and other-worldly esotericism, each track in their relatively small back catalogue is a wandering journey paying homage to club music in their own unique way.

Sworn Virgins have club royalty on their side with their last two singles seeing a release on DEEWEE, a Belgium based record label founded by David & Stephen Dewaele (Soulwax/2ManyDJs). As per DEEWEE’s manifesto, all of their releases are ‘written, recorded or mixed’ in the DEEWEE building by the Dewaeles and their curatorial role has seen a set of excellent leftfield club releases since the label’s founding.

Earlier this year saw the label put out Brazilian duo, Phillipi & Rodrigo’s debut album Paciencia – an ambitious Balearic influenced release charting transitions from piano ballad to electro-pop to techno and back – as well as Charlotte Adigéry’s self-titled EP (check out Adigéry on our 19 acts to love in 2019 list) and the label’s passion for cross-cultural, leftfield sounds embodies a spirit of intrigue and learning that is too often forgotten about in modern dance music.

Sworn Virgins keep up this pattern of not being willing to regurgitate dance music tropes and elements and that makes them an exciting act to come across. Newest single ‘Lazer Beam’ layers acid house influenced squelching TB-303 style basslines over shuffling retro disco drum patterns whilst catchy autotuned, almost pop-like refrains gradually increase in frantic energy levels. Almost seven minutes pass in a daze of spaced-out sounds and gently tongue in cheek lyrics and leave you itching to get on the dancefloor.

B-side ‘Take Your Lady’ is more vocally led with goofy lyrics pushing over a warm house beat and nods to 80s electro-pop. The act’s Bandcamp biography says their music is ‘greased up and ready to go’ and Sworn Virgin’s sound is the perfect balance of sexy grooves and light-hearted fun to encapsulate that.

Their debut 12”, Lazy Boy, released in 2015 may potentially shed some light on the mysterious act’s identity as it was presented by Mutado Pintado, alias of London acid house act Paranoid London but regardless of who’s behind the sound of Sworn Virgins, they’re making the type of club music that makes a night special.

Here are our songs of the Summer