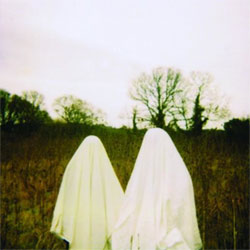 Boe Weaver are probably the most peculiar band to emerge so far this year, but who can’t love an oddly named and faceless band? Their sound is a strange, exotic and heavy instrumental music with lashings of fuzzy northern soul, psychedelic surf rock, Krautrock jams and hugely influenced by spaghetti westerns and horror B-movie soundtracks.


It’s not often that a bands sound can be so divisive, one minute they sound like they would be more at home 30+ years ago created from the remnants of a Sergio Leone flick, causing serious and vivid flashbacks to images and scenes of his movies. ‘Let It Die’ is a case in point but they can quickly jump to an extremely modern sound, ‘Monster Maker’ has more in common with math rock of today than the legendary Ennio Morricone.

Regardless of its era-defining difficulties their self-titled debut is a fantastic record which shows the merits of an instrumental album, sometimes you just don’t need vocals. The only reservation with this album is at 26 minutes it’s very short, I guess this means it will never out stay its welcome. They make a mean video too, check out the psychedelic cocktail of Trigger Happy TV and Super Extra Bonus Party that is ‘Ghouls’.

Kenan Bell – Until the Future

Going on past experiences teachers generally don’t make good musicians, just look at Sting for god’s sake.. Reversing the trend is teacher turned rapper Kenan Bell, who isn’t the archetypal ‘rapper’ growing up in the lily-white Los Angeles suburbs and coming to dislike almost all of what rap has been over the past 15 years. Debut album Until the Future is a culmination of these influences and more, giving reflections on real life issues and experiences far away from the glitz and glamour of the music he detests so greatly.

Until the Future is a guy doing his thing, his way and having his say about life and experiences with complete disregard for everyone else. Bell doesn’t attempt to propel hip-hop into unfathomed waters in a new decade, often sounding similar to ‘Lords of the Underground’. The well timed, clever, catchy rhymes and intelligent, insightful lyrics are constantly blended beautifully with simple synths and stripped down indie. Together they are a formidable force, delivering a crushing blow against all the clichéd guns, money and bling associated with hip-hop.

This represents evolution rather than revolution of US hip-hop, he has cleverly honed in on all the great things that make hip-hop special and added his own sparkle with no pomp, front or facade, just a passion for music and being genuine.

This is the second album from Canadian experimentalists Shout Out Out Out Out, whose sound, style and genre are quite difficult categorise but think of a mash-up of Zzz, Pivot and fellow Canadians Holy Fuck. The result of this melting pot of sounds, experimentation and talent is a record loaded with rhythmic beats, throbbing bass lines and synths, this kind of stuff can absolutely destroy dance floors.

There is an unexplainable realness to this record which leaves you feeling somewhat part of the whole process. It’s an upbeat, sometimes frantic but somewhat relaxing journey of utterly chilled and captivating electronica that is Reintegration Time which includes collaborations with fellow Edmonton hero Cadence Weapon and San Serac.

The album is never flashy, always grounded in their obvious self belief in their own abilities, which after a couple of listens you will be converted. There is a constant building and progression throughout this record, urged on emphatically by industrial style precise precession and rich techno. Simply put it has more analogue synths, driving bass lines and robotic vocals than you could shake a stick at.