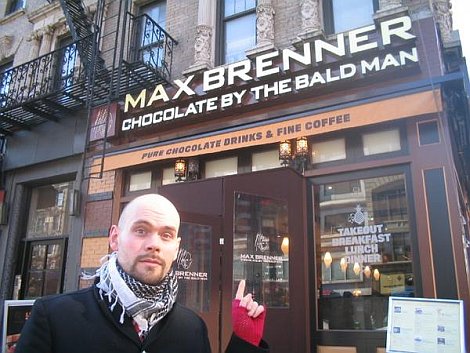 (In which Messiah J, from local hip hop heroes Messiah J and the Expert tells of his experiences at last weeks South by South West festival in Austin, Texas. Thanks MJ!)

“I’m so bored with the USA” – Joe Strummer

Well , I’m not really! But I am bored IN the USA. I am writing this in a grubby notebook in the bar by gate 9 in terminal 8 in JFK airport, New York. I am drinking a bizarre zingy beer called Chelsea. They have no household name gargle here, only home brews. The barman has a dodgy beard. We just gave him 13 dollars. Lots of people are stranded due to blizzards. Messiah J, the Expert and The Twiddler are on their merry 24 hour trek back from Austin Texas via Washington, New York and London to fair Hibernia. We are having terrible difficulties staying awake. The Twiddler, right now, is off watching cars go round a track and The Expert is off investigating what kind of soup is available. Oh wait, he just returned with a clingfilm wrapped apple and a bottle of water. He couldn’t open it so I did it for him. True love right there! Enough…

We popped our US cherry folksez! Despite the current knackeredness it has been an amazing and successful trip. We met great people and did great things. Last night we played our third Texas show in Austin as part of the South by Southwest festival. SXSW is basically an orgy for music folk that happens this time every year in Austin, Texas. Throngs of bands and music industry people come out and do their thing all within the downtown area of Austin. Last night was MJEX’s main showcase. it was in a place called The Soho Lounge. It had a ropey soundsystem and a dunce of an engineer. Nevertheless, we cranked it up nicely and played a frantic enough 40 minutes crammed with all our uptempo songs. Crowd was good and warm and for the second show running Steve Lamacq of the BBC came see us play (He interviewed us earlier that day by the swimming pool where The Clash’s ‘Rock The Casbah’ video was shot). It is good news if he like us as he is influential in Britain and we need all the help we can get when we release our album there in June.

The previous day, March 16th, we played in a place called BD Riley’s and almost wet ourselves when we found out Sage Francis was coming to watch us perform. That inspired us (well, certainly me) to our best show in America so far! Mr. Francis sat, listened, took photos and chanted along to ‘The Boys Have Had Enough’ and ‘When The Bull Gores The Matador’. Afterwards he said he was impressed and that immediately sent yours truly to the bathroom! (number 2, not 3!) During our final song in BD Riley’s Brother Ali and Slug of Rhymesayers came in to watch. C Rayz Walz was present for the show too but he had forgotten his verse so he couldn’t perform ‘When The Bull Gores The Matador’ with us! Shucks! They all said they liked what they saw. Nice crowd too. What a day!

That night me and The Expert saw Brother Ali and Aesop Rock…both bloody good. Aesop Rock’s breath control is off the scale btw! Later, myself and Knowledge saw The Good, The Bad, and The Queen (Ok) while Ex, Twiddler and G bone checked out Sharon Jones and The Dap Kings. Twiddler came back embarassed to be a bass player after watching the bass man in the Dap Kings. I have had that feeling many times before, when I feel nauseous with envy watching performers who kick my ass and make me feel like an amateur. I think its a healthy spur though in the long run.

Our very first show in Austin was a crackers one! Here is what happened….We played a BMX ramp, on it, in the middle of it! It was very hot…by our standards! Seconds before we were about to start a plump sausage dog waddled onto the makeshift stage and decided to shit all over the place. No critic has ever been this damning I tell you! It was fucking hilarious! The show was a mad one…If i get a chance I will upload brilliant footage of two drunk BMX characters doing the funniest dancing you’re likely to see to ‘Abandon Ship’. It split our sides. Apparently, after we left with our gear, during the other bands’ performances there was a streaker with his mick waving everywhere and an amp blew up and went into a ball of flames – all in a day’s work for them crazy BMXers (major shout to the organisers Sandy and Taj). SXSW was a brilliant festival and my musical highlights were Jape, Lily Allen, Aesop Rock, Sage Francis, 50Kaitens and Brother Ali. Thanks so much to Music from Ireland for bringing us over. 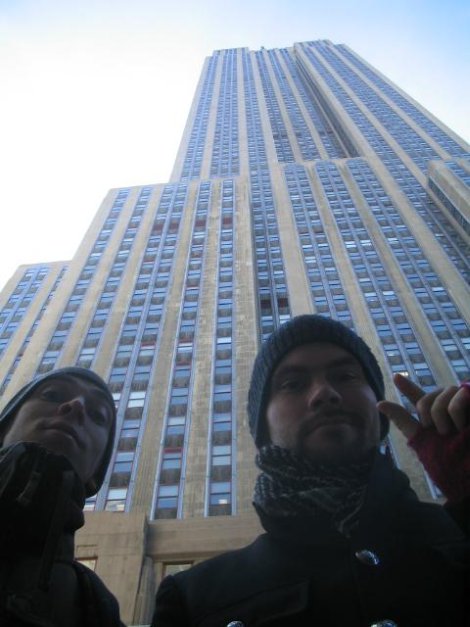 Days earlier, our first US show took place in New York. We played a festival called Craicfest. We were a man down (G bone couldn’t be there) but we still put in a good enough performance. We missed the great guitar work Bone brings to the fold but we pulled it off all the same. Not our best, not our worst – ok though – next?! Cheers to Craicfest organisers too! The rest of our time in New York was a kind of holiday. We record shopped, bought tracksuits, acted like children in The Natural History Museum, nibbled and gagged on dumplings that looked like baboon testacles (Vanessa’s Dumpling’s, East Village – AVOID!), nearly got kicked out of our hotel, watched rats the size of cats eat cardboard and generally acted the clown in The Rotten Apple. We drank lots and lots and met many amusing characters. American food for the most part is not nice. We aren’t fans. It has too much cheese and makes you spotty. I am fucking sick of pizza. Tecate and Lone Star beer is amazing, mind you! Also contemporary american rock and music full stop is horrendous for the most part. Just walk down 6th street in Austin or turn on the radio and you will see what I mean. Too many clenched fists and insincere sentiments for our liking. There are of course some exceptions. America is a great place but it makes me miss Europe. I never knew impoliteness and the quaint ways of home could be so bloody appealing. In the face of plastic waitresses, overwhelming passive agressiveness and dictatorial and sickening television there is no place like home. Click your heels Dorothy!

How and ever, the best thing by a mile about America for me is the freedom of expression, especially in young people. In America if you walk down the street with a mohican, a suit jacket and a pair of paisley bermudas nobody bats an eyelid. You are just another person being who they are and doing what they do. Try that on O Connell St. and everyone gawks (“Look at yer man”, “Who does he think he is?”) and if you are unlucky you get boot in the head from some knob jockey clone in a Ben Sherman shirt. Just like Ireland, America has as many pros as it has cons – there is an American dream out there but you just have to look very hard. Makes things interesting? I’m waffling now. Oh, good timing – we are about to board. Hooray. Equipped with a bag of candies and a book on Tony Visconti, I soldier on (Better take a piss first – long flight). Hopefully the veggie option is edible. Talk to you soon folks….

MJEX are headlining the 2fm 2moro 2our this coming May. They will play 12 dates around Ireland, which are:
Wednesday 16th May: The Music Factory, Carlow
Thursday 17th May: The Forum, Waterford
Friday 18th May: Limerick- Venue tbc
Saturday 19th May: Cyprus Avenue, Cork

Also on the bill are Giveamanakick and The Flaws

N.B. all gigs are over 18’s apart from the all-ages gigs in Cork and Dublin.