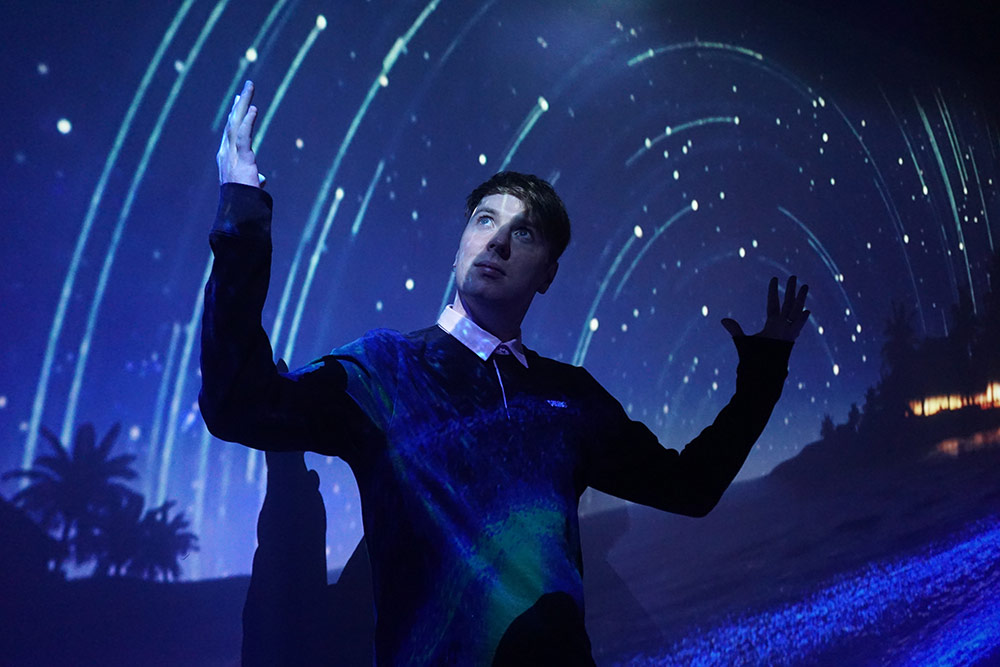 The fizzy energy of Phil Taggart has not dissipated since leaving BBC Radio One earlier this year. With his Slacker brand, Phil had already written a book and podcast series which offered practical advice from established artists (and was also a club night) and most recently, has started ChillDaBeats, a Spotify-based music and wellness podcast for alternative chill music and will present a new daily show broadcasting on Sirius XM too.

Chilladabeats drops every Sunday on Spotify and leads on from The Chillest Show which he hosted on BBC Radio One. The new podcast, Discord and playlists offer” support, escape, mindfulness, meditation and community.”

Each episode features a special guest who pick their ‘Soul Food Selections’ and past guests include Liam Gallagher, London Grammar, Pale Waves, Sigur Ros and Jungle.

The latest show, The Stress Buster Show is a meditative instrumental music designed to be an hour of pure head space for the listener to reach for at times of high stress or the need to melt into some well chosen music.

“After developing the Chillest Show at Radio 1, I wanted to delve even further into the world of soft-focus selections and create a community where music fans could come for not only choice sounds but also support. ChillDaBeats is the most interactive and grassroots thing I’ve ever been a part of. Every show is made with the ChillDaBeast community in mind. It’s the proudest I’ve ever been making programmes.”

As it is Mental Health Week and Phil did a Mental Health special last week, I asked Mr Taggart to offer up a playlist of alternative chill with a nod to the theme of MHW – nature.

So this is meant to be nature-related, right? Tundras are nature? I just want a reason to play this acid riddled ‘time is a construct’ hip hop from Chester Watson.

Lucy Gaffney – The Town You’re From

This is a really touching piece of devastating nostalgia. It’s like looking at a parent or a friend and thinking, “fuck man we are all getting old”. Time is moving on. Sometimes there’s comfort in that and sometimes there is fear.

I’m so bored of everyone putting on fucking Roy Ayers when the sun comes out. Can we make HNNY ‘Sunshine’ the go to ‘sunshine is literally in the name so let’s programme this when it’s nice out’ record?

There’s always been a raw beauty to Joshua’s music. It’s unfiltered, it feels like he’s perched on the end of your bed singing this. Which would be weird but I’d let him finish the song before I called the police.

This is a really beautifully touching piece of song from Kneecap. We are use to the shock tactics and the controversy but underneath it all there’s a beating heart.

What would nature be without the sense of smell? Imagine not being able to smell lavender or fox shit? On a separate note, here’s some gentle melancholia for you to pass the time.

I’m really enjoying her new music so much. She’s really graduated from that breathy drenched in reverb sound that she did so well. Big love to Billie!

Daniel Avery stole tomato seeds off me at a rave, swallowed them and proceeded to drink a pint of water and screamed ‘I’m gonna go off in 6-8 weeks.’ I mean he didn’t I just needed a nature hook to play this amazing homage from Dan to his hero and confidant Andrew Weatherall.

The Prince of Cool probably didn’t see too many daylight hours in his time. He was a night owl, an alley cat, a street dog blowing horn blues bar to blues bar looking and sounding like the coolest man that ever lived.