The superstars of the music world don’t generally discover themselves. Even in today’s digital age, with ease of access to the public, very often an artist needs a champion to gain wider recognition.

John H. Hammond, as featured in the new Guinness Made Of More ad, was one such champion of music beginning in the 1930s, of both black and white origin, at a time when many would not recognise people of colour. Born to a successful family name, Vanderblit, Hammond turned his privileged position into a catalyst for the creation of great music as well as a societal challenge to racial oppression. Hammond’s influence developed from a label A&R scout’s position to one of critic, producer and often, as a patron, as Hammond would pay to record the music of artists he felt were deserving of a wider audience.

His hunches were almost always right. The list of some of the artists he helped along the way in his life in music include: Billie Holiday, Benny Goodman, Bob Dylan, Aretha Franklin, Pete Seeger, Leonard Cohen, Count Basie, Arthur Russell and Bruce Springsteen.

The cannon of jazz and popular music would certainly be less interesting without the involvement of Mr John Hammond. And even now, in modern times, the work of Hammond is felt in contemporary music. If musicians stand on the shoulders of giants, Hammond was often the person holding the giant up to the world. 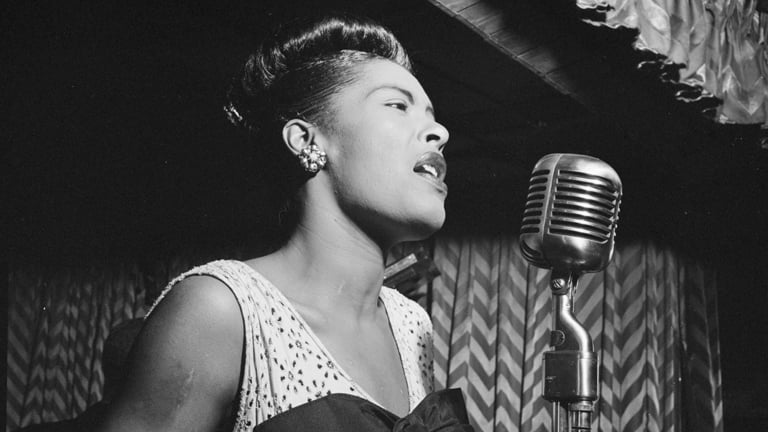 While attending a club in Harlem, Hammond encountered the voice of a 17-year-old Billie Holiday. Hammond, then only three years older than Holiday, described her in his Melody Maker column as “a singer who sounded like an instrumentalist, like one of the most advanced instrumentalists there had ever been.” Thanks to Hammond, Holiday was signed to Brunswick Records in 1935, kicking off the career of one of the most influential singers to come from the jazz era. Her raspy unique tones were central to ‘All Of Me’, her version of ‘Summertime’ (the first one to chart), ‘Easy Living’, ‘Strange Fruit’ and ‘Gloomy Sunday’, to name a few of the biggest hits to her name.

These days, Holiday continues to inspire jazz singers and is regularly cited as an influence by pop singers like Adele, Norah Jones and R&B singer Erykah Badu. Most recently, Kanye West sampled the vocal lines of Nina Simone’s version of Holiday’s ‘Strange Fruit’ for ‘Blood On The Leaves’ on his last album Yeezus.

The Nigerian-born percussionist Babatunde was heard by Hammond at a performance at Radio City Music Hall in New York, while the artist was studying music. His 1959 album Drums of Passion on Columbia, the first after Hammond signed him to the label, sold over 5 million copies and was notable for being the first time that an African musician was promoted to Western audiences.

Throughout his career, Olatunji went on to collaborate with Stevie Wonder, Bob Marley and Max Roach and performed an accompaniment to 2Pac’s posthumous 2000 spoken world album The Rose That Grew from Concrete. He was named as an influence by Paul Simon, Peter Gabriel and Talking Heads and was sampled by Fatboy Slim and Madlib.

His influence can be further delineated in the increased Western consumption of West African music, (not to mention his influence on African musicians itself), through the championing of artists like Nigerian musician William Onyeabor and the now regular highlighting of music of the continent by Western-based labels like Soul Jazz, Awesome Tapes From Africa, Strut and Soundway. 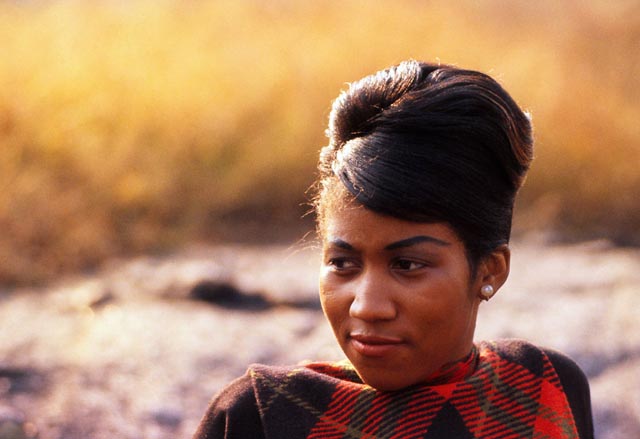 Hammond served in the military during World War II which put a hold on his discoveries somewhat until he was back working in music at Columbia Records during the 50s. In 1960, Hammond encountered the 18-year-old gospel singer Aretha Franklin and signed her to the label.

What followed is popular music history, a lifetime of classic music in soul and pop music including classic records such as ‘Respect’, ‘Say A Little Prayer’, ‘Save Me’, ‘(You Make Me Feel Like) A Natural Woman’, ‘Chain Of Fools’ and many others.

Only last December, Franklin performed a tribute to songwriter Carole King. Her performance of King-penned ‘(You Make Me Feel Like) A Natural Woman’, brought a tear to Barack Obama’s eye, was widely acclaimed reaffirming even at the age of 73, the talent of one of American music’s greatest soul singers, who influenced many of today’s greatest from Beyoncé to Mary J. Blige, will continue to inspire many a singer for generations to come. 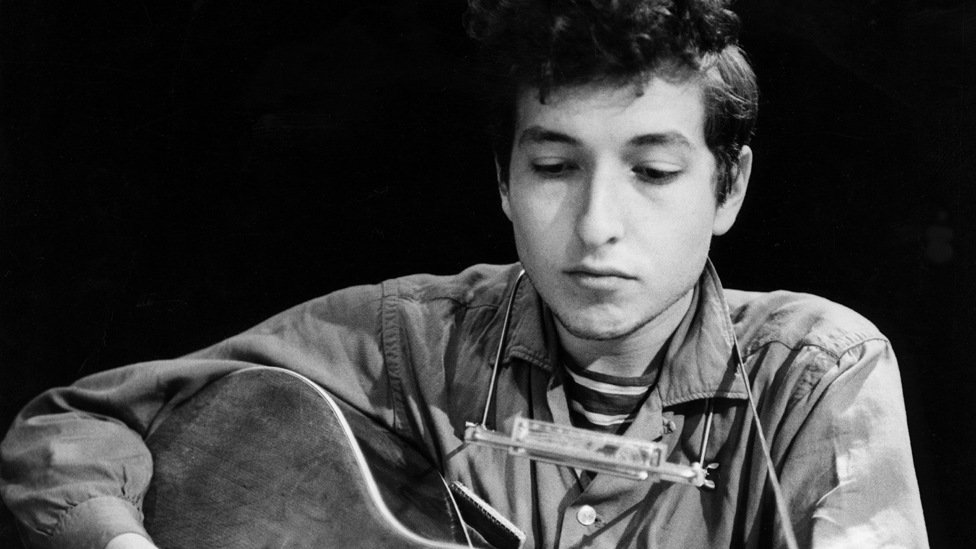 While Hammond met with some resistance to Dylan with his Columbia bosses, he disregarded their lack of co-operation and protests and signed him anyway. Called “Hammond’s folly” by executives, Hammond helped produce Dylan’s first album at a low cost of roughly $400 and produced Dylan’s early recordings ‘Blowin’ in the Wind’ and ‘A Hard Rain’s a-Gonna Fall’. With the help of Hammond’s unwavering support, Dylan went on to establish himself as one of the world’s greatest songwriters and an integral part of the American songbook, and remains a vital influence on songwriters old and new. And, he still releases his music with Columbia Records. 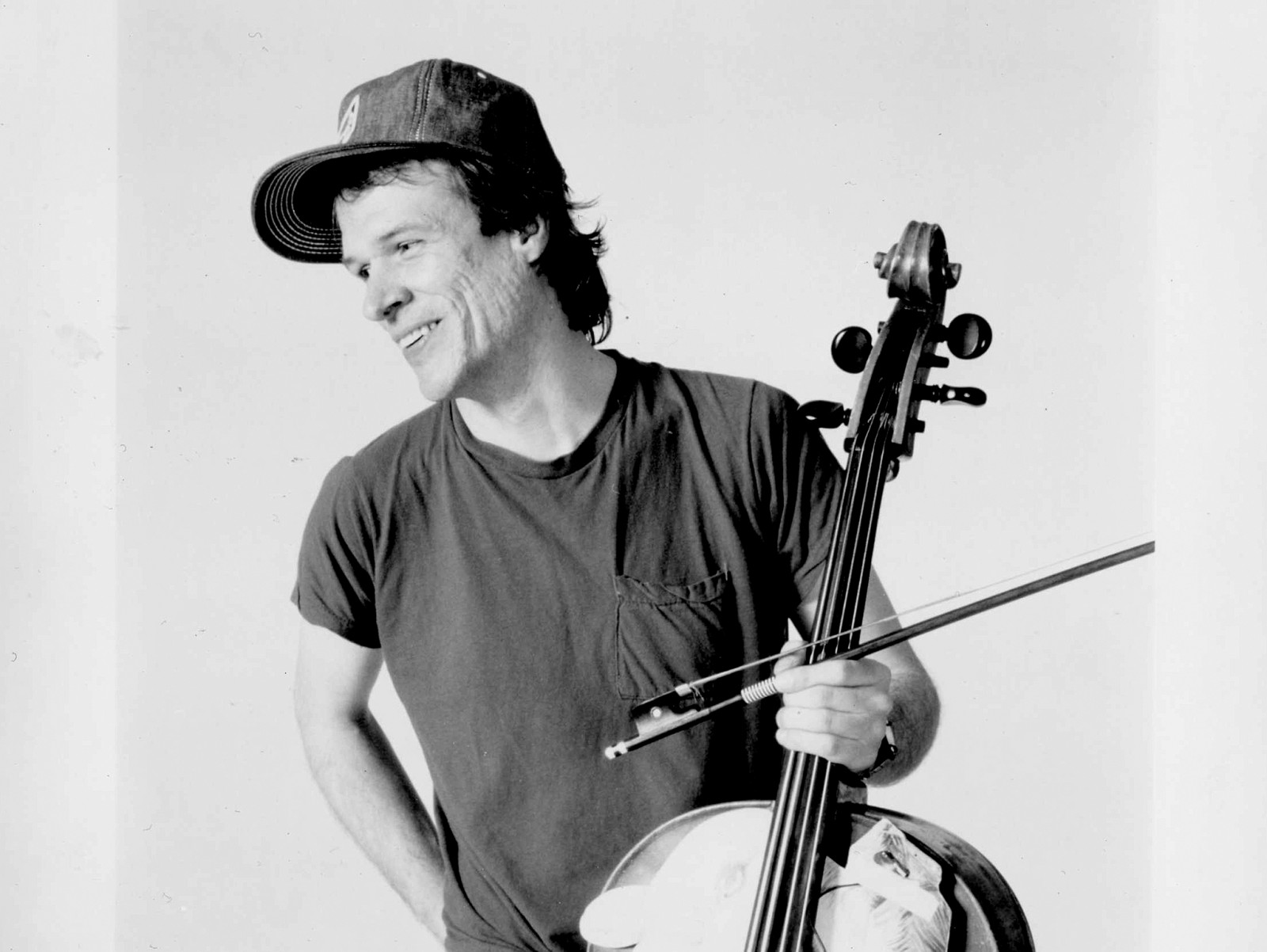 Arthur Russell was a cellist, singer, producer, musician and composer who was responsible for a wealth of music from solo material to disco records, but only became more widely regarded after his death in 1992 from AIDS. Russell was a perfectionist which meant most of his music remained unreleased including the work he made with Hammond in 1975 and the band The Flying Heart. Like the 30s, Hammond had recognised a talented musician long before the rest of the world did. 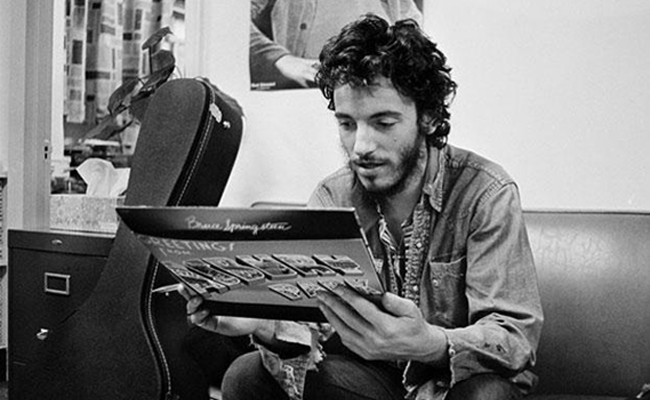 Hammond auditioned the young New Jersey 23-year-old in 1972 at the request of Springsteen’s manager Mike Appel and became convinced of his potential. Greetings from Asbury Park, N.J., Springsteen’s first album was released in January the next year. The album featured five songs with the band and five solo, a compromise between Appel and Hammond.

Because of the Hammond connection, Springsteen was initially likened to Bob Dylan and dismissed by critics (sometimes he sounds like Thin Lizzy too on the album), but as his songs grew in scope and anthemic, and as he delved into the subject matter close to hard-working Americans, his potential was realised and his influence was cemented.

Today, it’s clear that Springsteen has inspired the music of Arcade Fire, The National, The Gaslight Anthem, The Augustines, The War On Drugs, Ryan Adams and one of the rising artists out of Belfast – Pleasure Beach.

Would any of these artists have had such an impact without Hammond’s early support? For more on John Hammond, see Guinness’ new Made Of More campaign and the short documentary below: