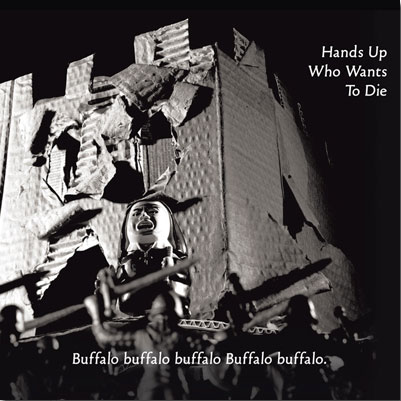 In the explanation from Legion Of Two about how they, a dirgey electronic duo ended up remixing Richter’s resident noise-rockers Hands Up Who Wants To Die, Alan O’Boyle says “a heavy band remixing a heavy band is always a recipe for disaster” so the duo tried to rework the song into an R&B style song before settling on a industrial hip-hop remix.

What they actually made from ‘Sailor’ is in reality not that far from a blend of the two acts proving that heavy can get with heavy. This remix has a Legion Of Two’s trademark dystopian hallmarks and stabs paired with a motorik bassline and Barry Lennon’s gruff vocals. This needs to be heard LOUD to appreciate fully.

This remix is the first in a series of HUWWTD’s recent album (still streaming) which will be released once a week.

Hands Up Who Wants To Die – ‘Sailor’ (Legion Of Two remix)

Eskmo x James Blake – ‘To Care (Like You)’ – Soulmind Edit