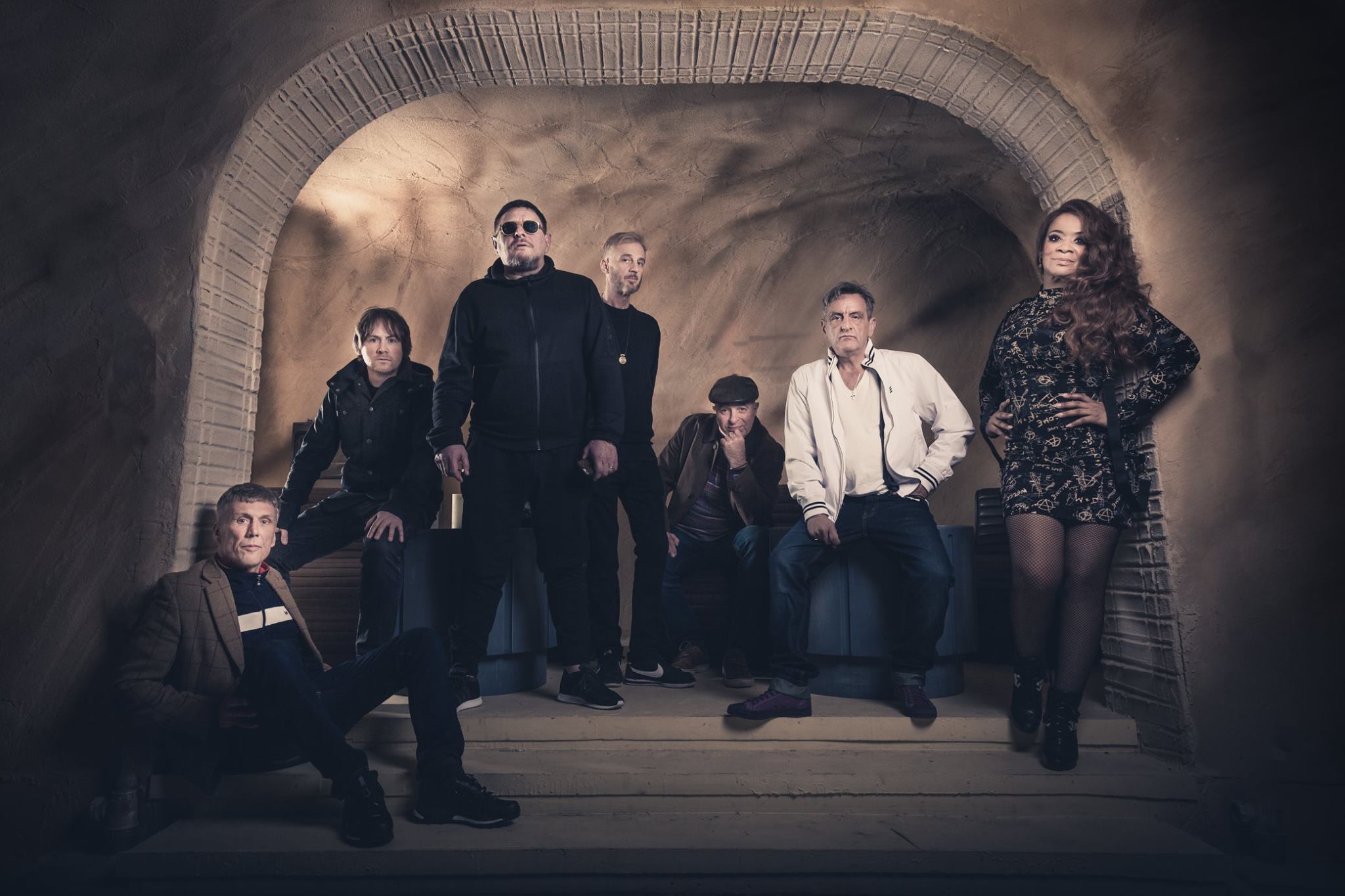 Watch Lyra perform ‘Emerald’ on Dancing With The Stars

Their first official release was the ’Forty Five EP’ on Factory Records in September 1985. Tony Wilson discovered them and they signed to Factory Records. Their first album ‘Squirrel and G-Man Twenty Four Hour Party People Plastic Face Carnt Smile’ (White Out) released in 1987 and was produced by John Cale. This was followed by two classic albums, ‘Bummed’ in 1988, produced by Martin Hannett.

‘Pills ’n’ Thrills and Bellyaches’ in 1990 produced by Paul Oakenfold and Steve Osborne which went platinum in the UK selling more than 350,000 copies. This put the band firmly on the map as one of the most influential bands to come out of the UK in the early 1990s and central to the exciting Madchester movement alongside Tony Wilson’s Factory Records and Hacienda night-club. The album was recorded at Capitol Studios in Los Angeles. Singles ’Step On’ and ‘Kinky Afro’ from this album both reached number 5 in the UK singles chart. ‘Yes Please!’ followed in 1992, produced by Chris Frantz and Tina Weymouth, recorded at Eddy Grant’s studio in Barbados. By the late 1980s the Happy Mondays were an important part of the Manchester music scene. Numerous world tours meant the band had international success as well as massive success in their home country.

The line-up of the band during this first and most important ten year phase never changed, and the six original members Shaun Ryder, Paul Ryder, Gary Whelan, Paul Davis, Mark Day and Bez remained together until the first incarnation came to an end in 1994.

In 1999 Happy Mondays re-formed with founding members Shaun Ryder, Paul Ryder, Gary Whelan and Bez minus Paul Davis and Mark Day. In the place of Day and Davis were Wags and a number of other session musicians including Ben Leach, percussionist Lea Mullen and rapper ‘Nuts’. Also joining the new line-up was soul singer Rowetta Satchell who sang on Pills, Thrills, and Bellyaches. The band toured extensively in the UK and internationally, selling out the 20,000 capacity Manchester Arena and released of a new single, a cover version Thin Lizzy ‘The Boys Are Back in Town’. They also provided support for Oasis on their ‘Standing on the Shoulder of Giants’ arena tour, as well as playing numerous festivals worldwide. The band again ceased their activity in 2001 following the departure of bass player and founding member Paul Ryder.

2004 saw another re-formation, comprising original members Bez, Whelan and Shaun Ryder along with another group of musicians – bassist Mikey Shine, keyboard player Dave Parkinson and guitarist Jonn Dunn. Dave Parkinson was later replaced by Dan Broad. In 2007 they released their first album in fourteen years ‘Uncle Dysfunktional’ produced by Sunny Levine and Howie B and released on Big Brother Records. The band played Coachella Music Festival in California and toured throughout the summer of 2007. In 2009 they toured the USA and Canada with The Psychedelic Furs. This version of the band continued until 2010. Members Mikey Shine, Jonn Dunn & Dan Broad continued to back Shaun Ryder for his solo tour until 2011, surrounding the release of his autobiography.

In 2012 the band returned with a definitive line up of Shaun Ryder, Paul Ryder, Mark Day, Gary Whelan, Rowetta and Paul Davis and played a thirteen date UK touring a number of European Festivals and a best of album ‘Double Double Good’ was released along with a live recording of the band’s May 2012 gig in Brixton. Followed in 2013 with more international dates and a UK tour celebrating their second album ‘Bummed’.

In the summer of 2015 the band played several UK festivals as well as shows in Japan, Hong Kong and China. In September the Watch Channel broadcast ’Singing in the Rainforest’ a programme which followed the band as they travelled to Panama to compose, record and perform a brand new song ‘Oo La La to Panama’ with an isolated tribe called the Embera. This was followed with a twenty two date UK tour in November to coincide with the 25th anniversary of the release of their album ‘Pills ’n’ Thrills and Bellyaches’.