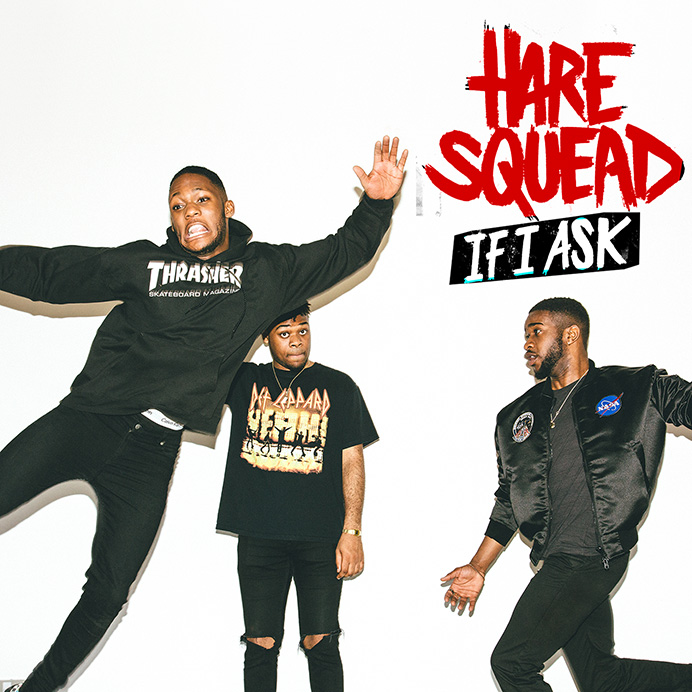 Anyone interested in new music in Ireland will have been keeping an eye on Hare Squead.

It was October 2014 at Hard Working Class Heroes when I first saw Tony Konstone, Jessy Rose and E-Knock play live and their R&B-swerved into electronic pop / rap style was something that has not really existed in Ireland to the level that Hare Squead were clearly on their way too.

Last year, the trio signed to Sony/Columbia Records in the UK and when a band who are still figuring out their sound sign to a major there’s always the worry they will be pushed into the tested formula box.

‘If I Ask You’, the band’s first single for the label suggests otherwise. It’s a song that they’ve been playing live for those two years, and in recorded form, it bangs, a confident track that has an eye on a Shazam chart but doesn’t sacrifice anything that the band have built up.