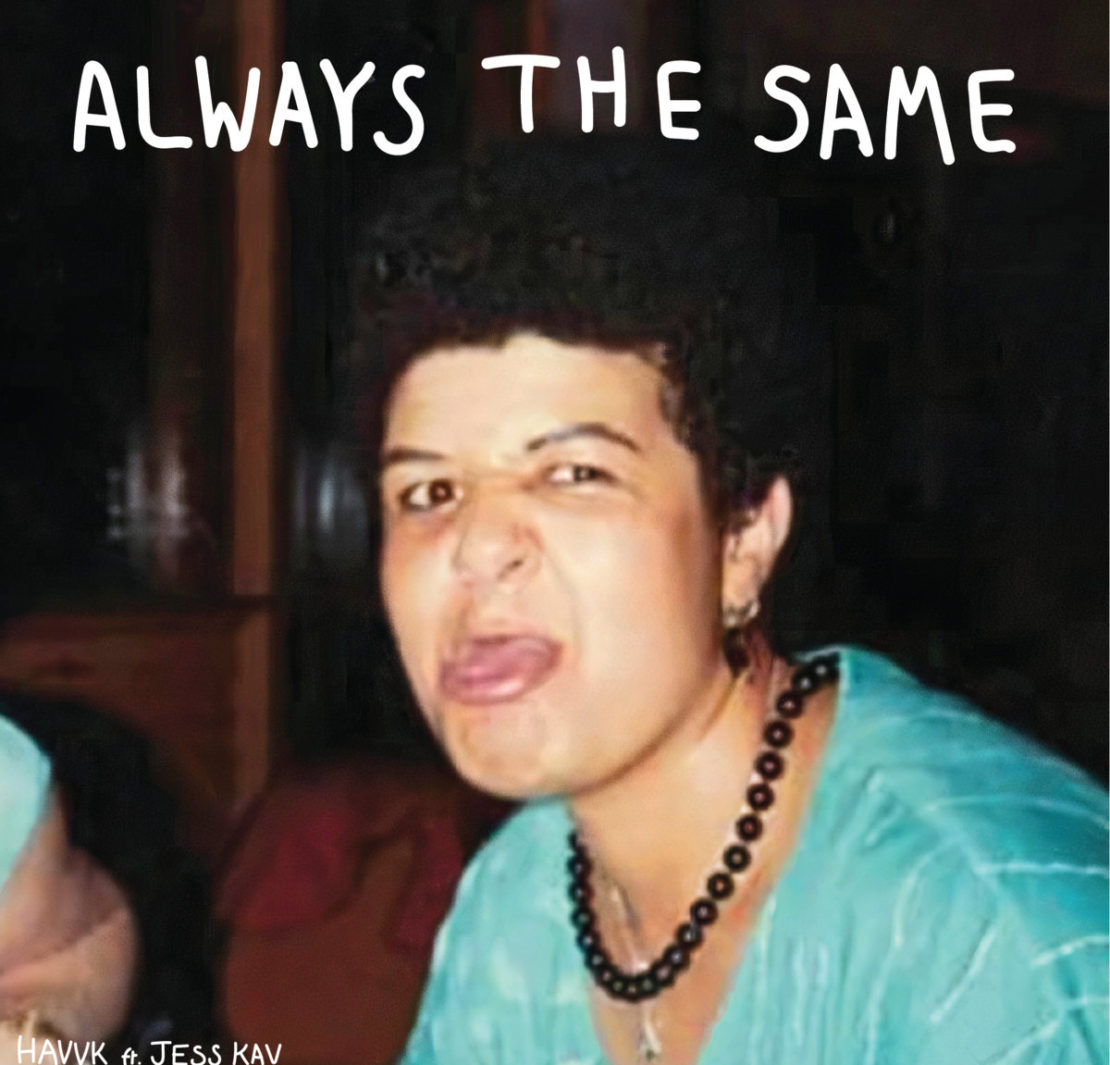 HAVVK and Jess Kav of BARQ have teamed up on a new version of HAVVK’s ‘Always the Same’, with all proceeds going to MASI (Movement of Asylum Seekers in Ireland).

The song is a gentler take on the original with Jess Kav’s vocals bearing the brunt of the emotion on lines like “Was it something I said / That that told you I would build a wall for breaking? / Like a line in the sand / You drag me over it again.”

A line from the song is ‘Can I Push Back?’ is used as merch (pins and postcards) for the track – “designed as a wearable form of activism – to reassess how we respond in the presence of injustice // to assert our power to call it out. Every one of us has an opportunity to recognise and react in the face of racism whether that’s by marching, raising funds or being willing to call out racist micro-aggressions and systematic inequality. This is not a phase.”

The artwork is of Jess Kav’s mother Liz Kavanagh. Jess also wrote a piece for the Irish Times Black Irish Lives special this past weekend about her mother.

Here’s the original version of the song: