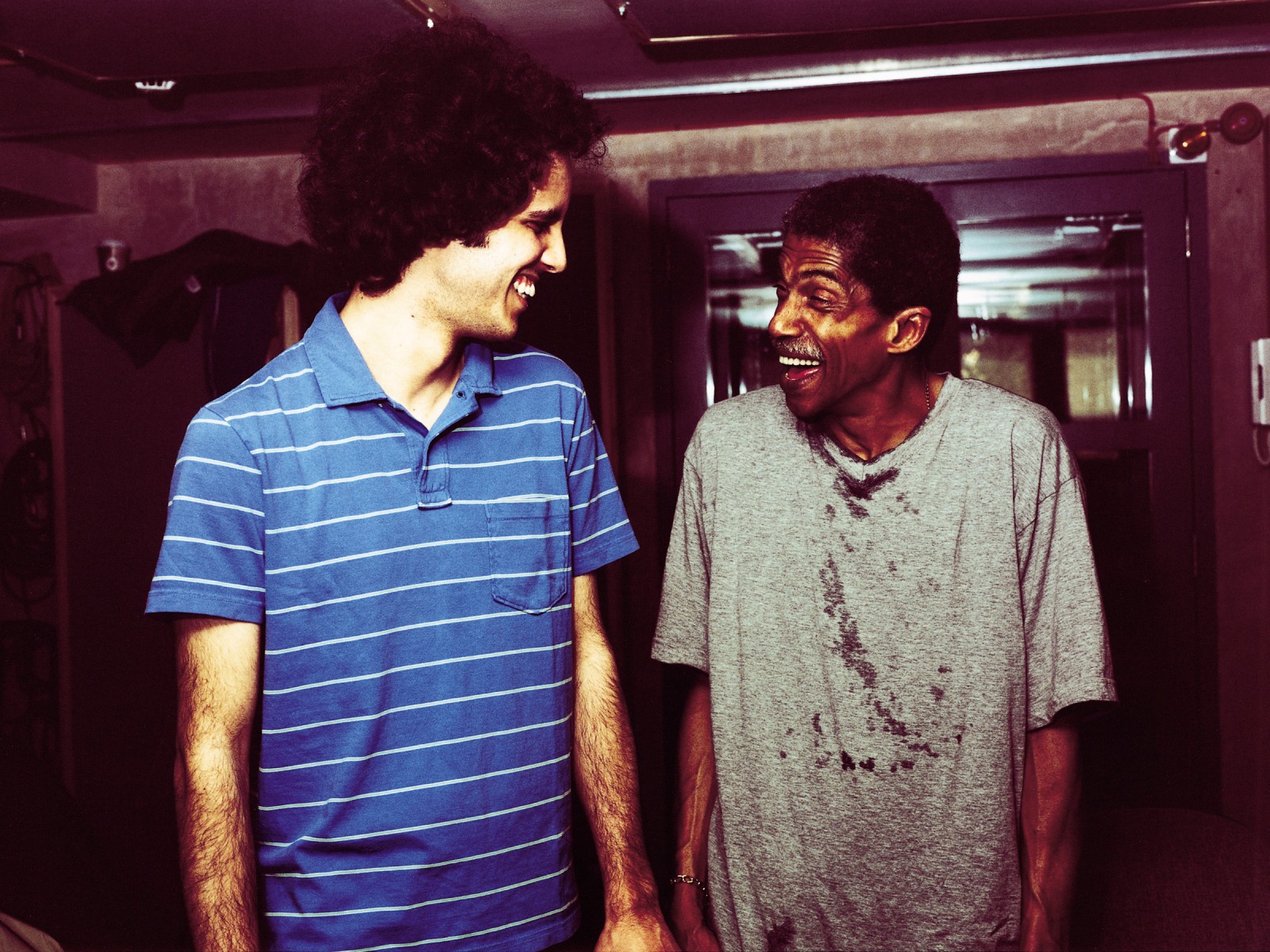 Overcoats – ‘Smaller Than My Mother’

Kieran Hebden and jazz drummer Steve Reid had a fortuitous partnership across the generations that allowed the pair to explore new forms in jazz and improvised electronic, not to mention make four albums, three recorded live in a short time period and another Tongues, more of a traditional studio record but not by much.

After last week’s surprise album release of Morning/Evening, Hebden announced a new release on his TEXT label that marks a return to the collaboration, the first since Reid passed away in 2006. Their cover of Derrick May’s ‘Strings Of life’ was recorded at the Green Man Festival in August 2006 and proceeds from the vinyl release coming in the next few weeks go to The Steve Reid Foundation.