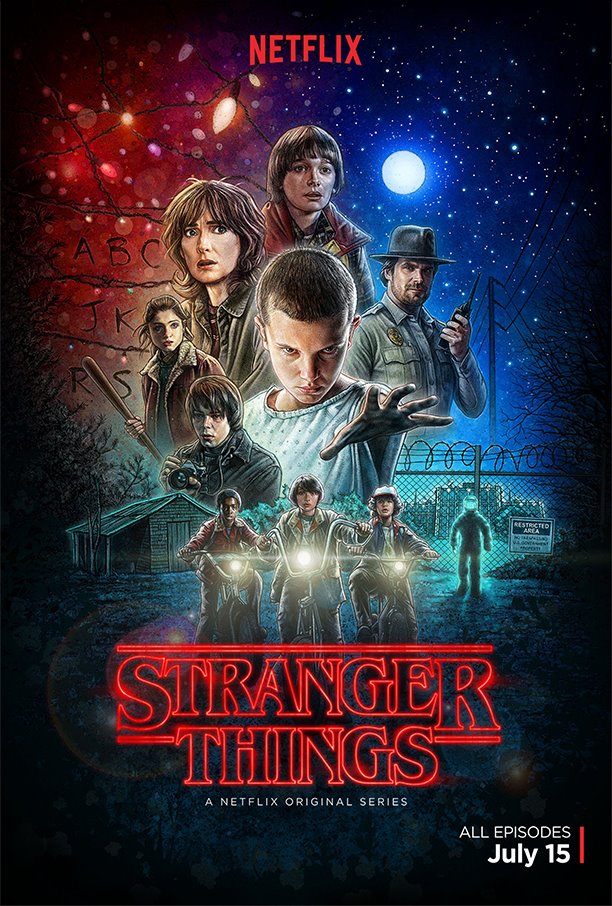 While the four kids are the big stars of the show, the music makes a deep impression with its John Carpenter-esque pulses and throwback electronic horror style. The music was made by Kyle Dixon and Michael Stein of Shorthour also of Survive, a band from Austin, Texas.

For those of us who can’t get enough, someone put together a ten minute version of the theme (a mix of the intro and outro)