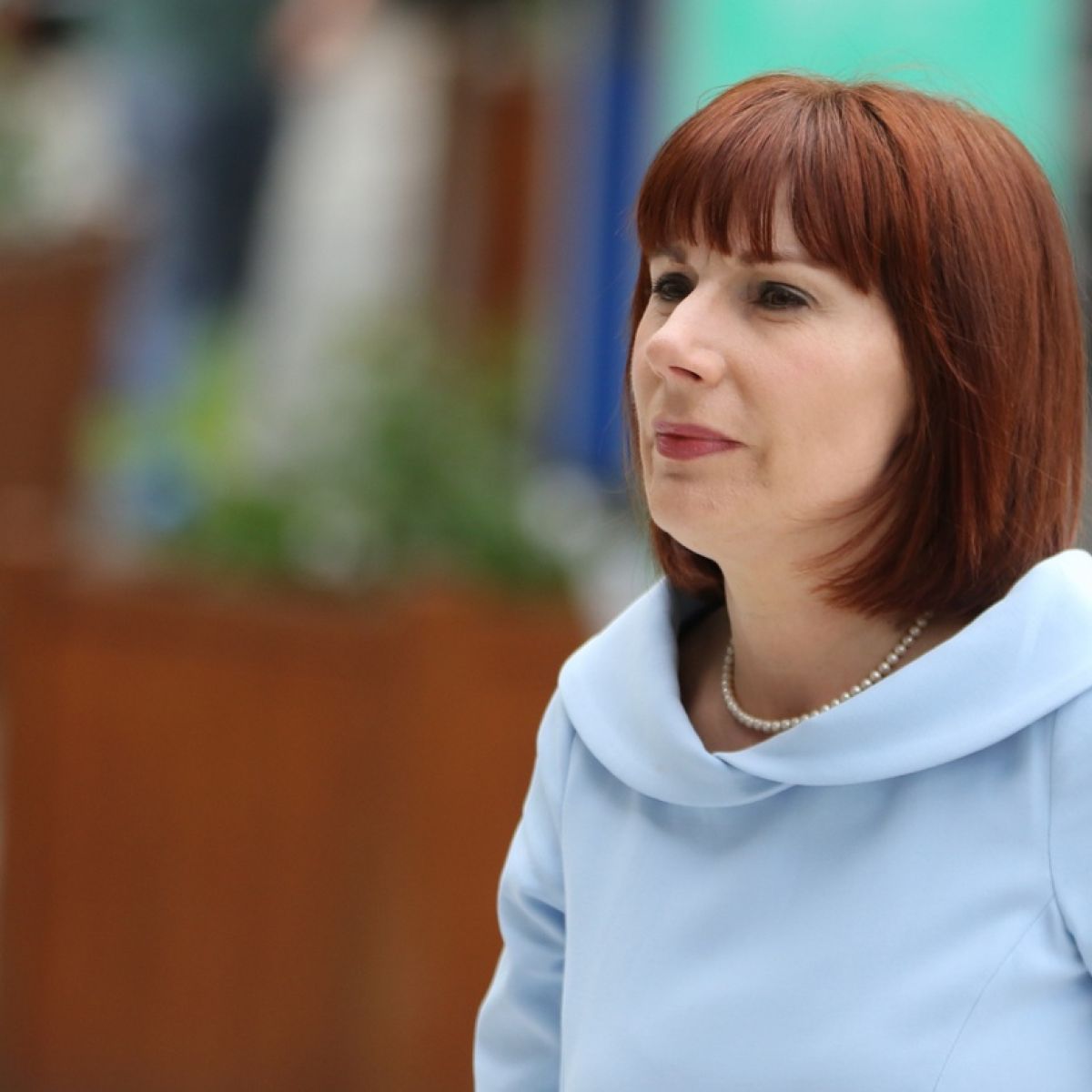 Everything But The Girl’s ‘Missing’ remixed by Lee Kelly

Last Friday, a press statement from Minister for Culture, Heritage and the Gaeltacht Josepha Madigan garnered some controversy among the Irish artistic community.

The statement unveiled the plans for new government measures hoping to aid Irish artists in the time of COVID-19 Crisis.

They include:
A new €1m scheme will support Irish and Irish-based professional artists to create new work.

These new announcements include free access to artist resources, Creative Ireland will be offering these out via Fighting Words, Dublin City Council and the Arts Council at large. These generally consist of access to online classes and education programmes as part of a #Createathome movement.

Relevant to Irish music particularly is Music Generation, which offers children access to hours of online pre-recorded lessons (learning Ukelele among other things) as well as live virtual classes. You can find full details of the program, including what is on offer and how to avail of it right here.

The bulk of the ire that was raised online was to do with two main funds:

The first, the Arts Council COVID-19 Crisis Response, will allocate a maximum of €3,000 per applicant in the composition of new original project, this is aimed at “professional artists” and has a submission deadline of April 16th.

A full list of FAQ’s on the new scheme is available here.

A few points of note surrounding this first scheme. While the deadline for submission is fixed, there is no indication of how long a successful applicant will be given to complete his/her/they’re new body of work – so don’t feel you’re going to be putting yourself under a ten days notice to complete a full project.

The real confusion surrounding this scheme is whether artists already receiving the Covid-19 Pandemic Unemployment fund (€350 per week) will be eligible to receive both it and the grant.

The updated FAQ page seems to pass the responsible onto Revenue on that, stating “Please note that the Arts Council cannot advise on individual social welfare entitlements and you should seek advice and discuss your own position with your local social welfare office”.

This is an improvement from yesterday when the FAQ page seemed to indicate it would be one or the other for artists, who it seemed would have to reapply for job-seekers using the new grant as part of their means-testing for viability to receive it.

The Minister’s plans to provide a grant to artists who are selected to live stream some of their work which attracted a fair deal of controversy.

The plan, which is in partnership with Facebook Ireland, will offer an individual group or solo artist €1000 to live stream a piece of work between 30 and 40 minutes in length.

Run through government group Culture Ireland and Facebook Ireland, the grant aims to try and make online streaming during the pandemic profitable for artists.

Here’s an excerpt from Culture Ireland’s press release – ” This grant scheme to support professional artists and enable the live presentation of their work on online platforms is being made available from 3 April for an initial period of 4 weeks. Funding of €100,000 is being made available on a match funded basis by FACEBOOK Ireland and Culture Ireland, a division of the Department of Culture, Heritage and the Gaeltacht. All successful artists will be awarded €1,000. The scheme will be managed by Culture Ireland in conjunction with First Music Contact and Poetry Ireland in association with RTÉ. ” (Source)

Digging a little deeper, artists must submit a project idea to Culture Ireland via email. An executive from the organisation (liaising with First Music Contact, Poetry Ireland and the Irish Theatre Institute) will judge the submissions.

The deadline for submissions is not specified beyond “as soon as possible” on Culture Ireland’s guidelines (source).

Artists will be responded to within a week. A viable pitch will birth an agreed date for the project to stream between the applicant and Culture Ireland.

It’s definitely worth noting that any successful applicant will have to acknowledge both the government and Facebook’s role in funding the stream. The hashtag #IRELANDperforms will have to be attached to the project at all time though we have some clarification that streaming on Facebook as a platform is NOT a requirement of this scheme (it’s also worth noting they also own Instagram where a lot of live streams are naturally happening).

Suitable live streams may end up on RTÉ’s iPlayer, but details on the metrics of suitability for this ‘second-tier’ are unclear beyond the guidelines saying artists will be put in touch with the broadcaster directly. (Source)

Any artists interested in applying can do so right here.

That announcement generated a strong reaction among some of the nation’s artistic community on social media, summarised by a (since updated) press statement from Thisispopbaby which called for a, now cancelled, boycott.

The National Campaign For The Arts also came out against the minster’s announcement.

Press Release: NCFA ‘dismayed by the lack of vision shown by the Department of Culture, Heritage & the Gaeltacht in relation to the arts’. – National Campaign for the Arts #COVIDartscrisis https://t.co/JTgTHk5isM

There is validity to the various statements that came out the department’s proposed plans. €1 million / €100,000 in the face of the very progressive actions of some governments (we detailed Germany’s response), is paltry at best.

It’s just not a figure that comes anywhere close to representing the real value of contemporary Irish art across the entire spectrum of medium.

Interesting to look at #COVID19 arts support per head of population i.e. how much value does a government give to the arts per person as a public benefit.

Each Irish citizen get 20 cents worth.

The fact that the grant is aimed toward live performance (one without much production involved by the necessity of it being performed at home, in isolation) does exclude large swathes of the entire artist community, including those whose work happens off scree, backstage or behind the curtain.

What is a production manager or a lighting technician supposed to live stream? What new project can a theatre director pitch while in isolation to earn €3,000?

There are potential issues too which the statement doesn’t really touch upon. The efficacy of the #IRELANDperforms scheme being in partnership with global tech giants (and publicly traded company) Facebook is questionable at best.

So too the issues of ownership which the process of streaming may create. Does an artist who has a project streamed on Facebook (in a grant partnered by the same company) retain the full rights to their work? What about if that project then ends up being streamed by RTÉ?

This isn’t really addressed in any of the publicly released info on the new grant.

The only line (taken from the Culture Ireland’s guidelines) which even enters into the realm of ownership and copyright follows thusly “copyright restrictions are the sole responsibility of the performing artists”.

Make of that what you will.

For some, the notion that a government spearheaded grant project specifically designed to help our artists financially during a pandemic will also benefit (by increased traffic if nothing else) a global tech giant will make many feel uneasy.

This podcast is an excellent listen, Dorgan sums up much of the response to the minister’s announcements in a clear and concise fashion.

The main criticisms centered on the fact that these initiatives do not address the particular problems facing the arts sector in the coming months, these are short-term solutions when many are seeking long term commitments.

For an example of what’s possible in terms of ensuring there is an arts industry left after all of this – see suggestions from IETM (International network for contemporary performing arts) that include compensation of losses, emergency and hardship funds, flexibility to all existing funding schemes, increased investment in the industry to ensure it survives, universal basic income and the integration and recognition of culture and the arts in economic and social regeneration and future-transformation strategies that would recognise the value of art and culture for the well-being of citizens “as well as their power to unite people, even in times when it is impossible to commune.”

Lastly, in regards specifically to Thisispopbaby’s statement and their fourth point “calling for a rejection of the frenzied fetishisation of ‘productivity’ and ‘output’ in this time of global catastrophe.”

While no artist should be forced to create during these times and the fetishisation of productivity is a very real thing, many artists have been creating and releasing music during their stints in self-isolation.

We are compiling a weekly list of artists who live-stream on the site, many of these musicians did it for free or in aid of a charity – so it’s hard to say they did it for their financial wellbeing.

For some artists, staying productive has been conducive to positive mental health.

If these artists wish to live stream a project and now can receive a grant payment to do so (especially during this financial unsure times) there’s no moral reason to discourage from doing so.

If someone doesn’t want to create, they shouldn’t have to. At the same time, if you do want to create, you should be encouraged and even receive financial benefit for doing so.

We reached out to Culture Ireland to seek clarification on some of the issues surrounding the new grant schemes, as of the time of writing they have not answered.