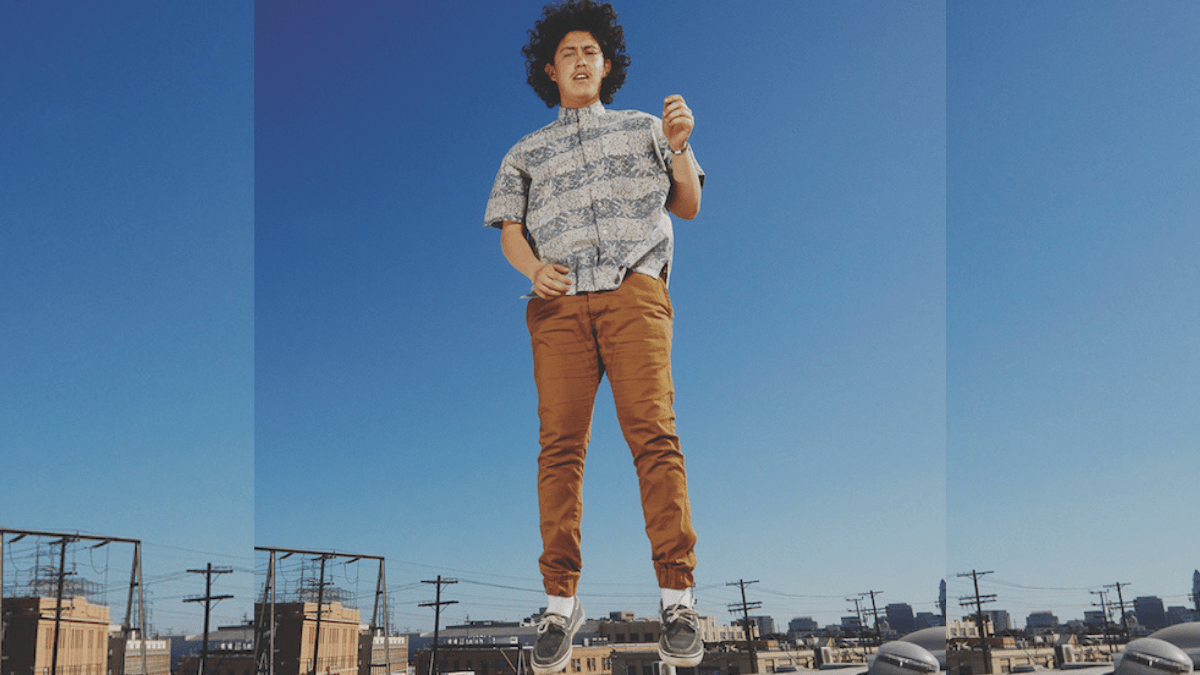 California lo-fi rap and spoken word artist Hobo Johnson & his band The Lovemakers have been announced for a Vicar Street Show in Dublin next year.

The show happens on 23rd February 2022 and tickets are on sale Friday 25th June at 10am available at Ticketmaster.ie and tickets are €25 plus fees. The show is presented by Singular Artists.

The California rapper released his third album The Fall of Hobo Johnson in 2019, and this year, has returned with two new singles ‘You Want a Baby’ and ‘I Want You To See The World’.

Hearing Frank Lopes jnr for the first time is a jarring and divisive experience. The Sacramento native’s vocal delivery is abrasively hyperactive and delivered in a short-attention-span style like the stoner kid with bum fluff stereotype in a teen movie come to life.

His jerky, jolting performance style is suitable for his stream-of-consciousness lyrics, which are heart-on-sleeve and weave in and out of emo choruses, wry jokes and diverting monologues.

Lopes jnr got his name from the time he lived in his car. He performs with a band of indie-alt-folk musicians called The Lovemakers, and his lo-fi music style harks back to the Moldy Peaches, remixed with hip-hop.

For the best introduction to their energy, watch his performance with his band on NPR’s prestigious Tiny Desk Concerts, which the band got by applying for a public contest.

The song they submitted, Peach Scone, quickly picked up tens of millions of views on its own steam. It was recorded in a sunny backyard and typifies their appeal – exuberantly howled choruses supporting Lopes jnr performing a daydream love song to a woman who looked out for him while he was living in his car. She has a boyfriend, and the song is ultimately about a platonic kinship.

Another song, Romeo and Juliet, is about his parent’s divorce and the effect it may have on his future relationships. “The marriage went south / when the snake came back and asked my mother out to dinner / And my dad found out, and asked my mom what that’s about / And she said ‘Oh, it’s nothing’, but dad loves to shout really loud / Loud enough to knock the lamps and dressers to the ground / In my memory, I can hear Chopin’s nocturnes playing in the background.”