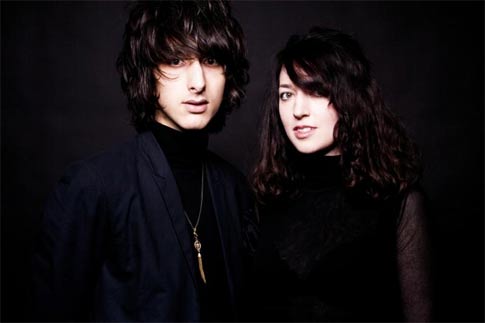 And So I Watch You From Afar – ‘BEAUTIFULUNIVERSE-MASTERCHAMPION’

Not many bands can say their debut gig took place in The Vatican but Cat’s Eyes, a duo consisting of The Horror’s singer Faris Badwan and the Canadian opera soprano Rachel Zeffira (who plays piano, violin, English horn, oboe, cathedral organ, harmoniuma and Indian tambura) did just that. The contrast between the scornful-sounding rocker and classical musician is at the heart of Cat’s Eyes appeal as they take on ’60s girl group sounds with psychedelic tropes, synthesizers and multi-tracked vocals. It’s an expansive project. The album came out yesterday in the UK. Listen to 30-second samples after the jump or check out three full songs from it first.

Not A Friend by Cat’s Eyes Music