An Introduction to Dubstep 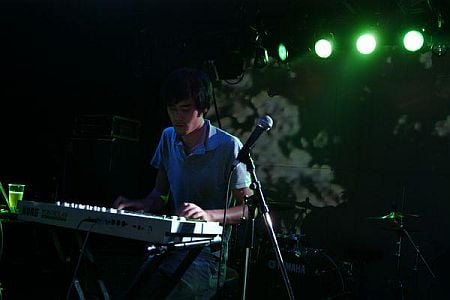 Striking a healthy balance between bedroom electronica and live instruments can be a hard thing to pull off at the best of times. I am a Robot and Proud aka Shaw-Han Liem is based in Toronto, Canada and does exactly that. His music is a beautiful mix of playful chiming synths, live drums, gentle guitars and piano. It sparks and twinkles, sometimes mellow, sometimes frantic – winsome electronic pop deeply rooted in human emotion. If there is any criticism, it would be that a lot of the synths employ the same octave range, leading to tracks blending into each other and sounding a bit too samey. There’s still enough engaging material here to enjoy however.

This year he released The Electricity in your House wants to Sing, his third release. Previous album 2003’s Grace Days is just as good. I haven’t heard his debut The Catch. The first two tracks are from Electricity, the third from Grace Days.

I am a Robot and Proud – When I get my Ears

I am a Robot and Proud – Learn from Mistakes

An Introduction to Dubstep