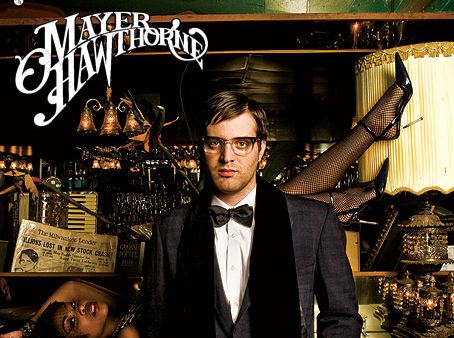 “Just a few things been running through my head..” – 9 treasures from my inbox.

A new Stones Throw artist who is producing some amazing modern soul and R&B productions. Definitely one to watch this year. Grab the 12″ next month.

Mayer Hawthorne – Maybe So, Maybe No

From Akron/Family’s new album Set ‘Em Wild, Set ‘Em Free out May 4th comes ‘River’ which has an interesting take on the US flag on the cover.

Esser is that London dude with the 21st century quiff and James Rutledge you’ll know from his work featured here before. He just released an ambient album which you can check out here. He also has a Fever Ray remix coming soon.

Epic sounding debut single from West London band Goldhawks which is released through Blue Flowers on 4th May. If they have the tunes, they could be massive in six months.

Goldhawks – Where in the World?

Not Squares – Aye Yo Pa

Deastro’s frisky ‘Lightpowered’ kicked off one of our earlier podcasts and his second album Moondagger‘s first single ‘Parallelogram’, is a promising celestial and sunny re-introduction.

Another Stones Throw artist – Dam Funk is LA’s ambassador of Boogie Funk. It’s got a strong ’80s influence. A 12″ is out in May.

Two five minute minimixes to finish us off, first Caspa who mixes that incendiary Skream La Roux remix into his own tunes, Rusko, The Others and Subscape. “Hold tight rudeboy”.

A 5 minute mix of Toddla T’s tunes by Martelo.