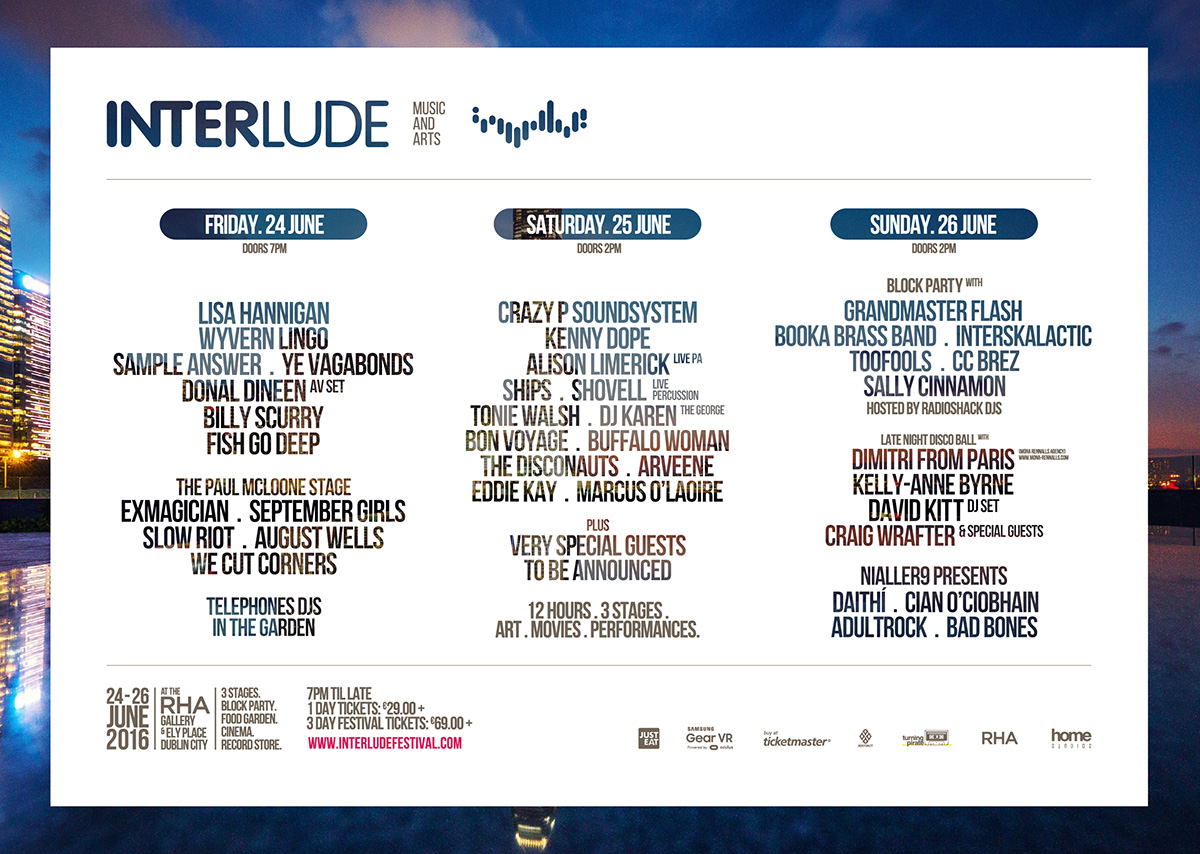 Listen to the new Death In Vegas album – Transmission

Interlude Festival has revealed its day-by-day breakdown for the festival next month in the RHA Gallery from June 24 – 26th.

A strictly limited number of Day Tickets at a reduced price of €29 (plusfees) and general weekend tickets priced €69 (plus fees) are on sale now from Ticketmaster.ie and Ticketmaster outlets nationwide.

Nialler9 is curating the Tony Ryan room on the Sunday with sets from Cian O’Ciobhan, Bantum Prince A/V set, Daithí, Adultrock and Bad Bones with more to be revealed.

The festival will include a block party outdoors on Ely place on the Saturday and Sunday, RFID Smart Wristbands, 12 Hours of Music, Art & Movies per day, a courtyard with DJs and food, a Just-Eat area and proper toilets.