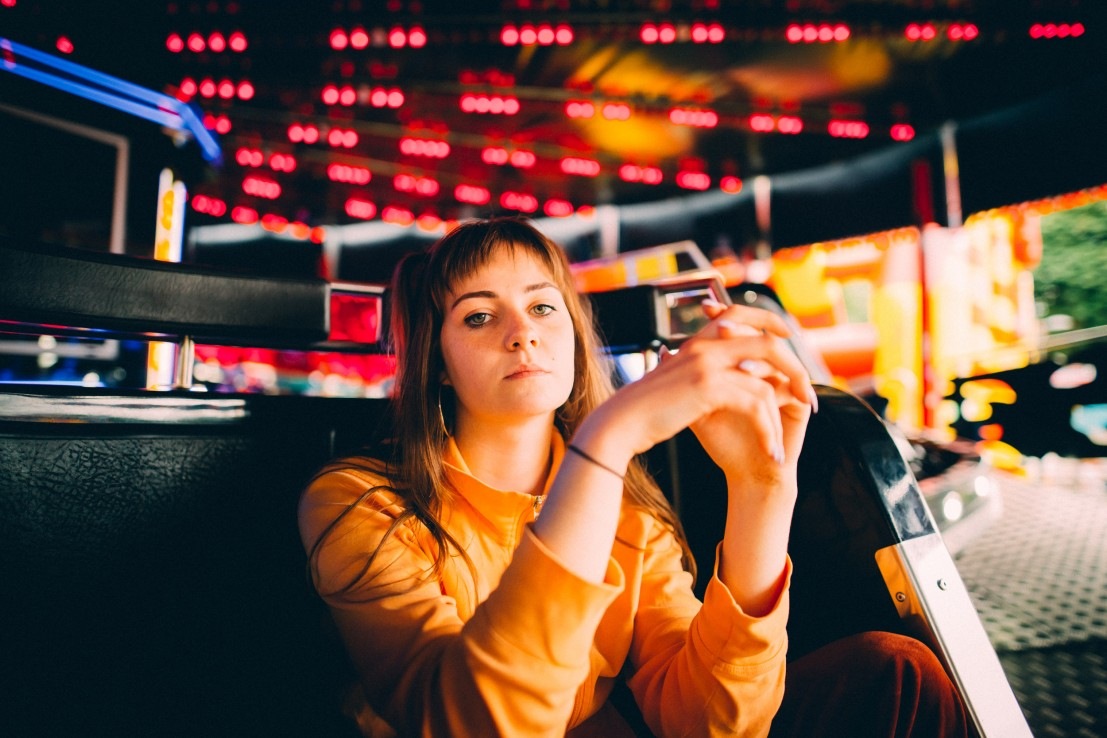 “When I’m writing I want to be alone. At most, the person who wrote or worked on the beat will be in the room.”

With the above, Jess Smyth confirms what my guess on Biig Piig’s own creative process would have been. The lyrics littered throughout the Spanish-Irish artist’s most recent EP A World Without Snooze, Vol.2 speak to a seclusion, a safety away from the world. A vibe reinforced in its opening lyrics of “Close the blind/Under covers”.

In Biig Piig, Smyth has done what few Irish artists abroad manage to do, build a following both in their country of residence and over here. Speaking on the reaction to the aforementioned EP, Smyth modestly says “I kinda didn’t expect it to go as well as it did, to be honest. You kind of forget that people have their ear to the wall a little bit and it’s nice.”

While the quality of Smyth’s Hip-Hop/R&B musical hybrid speaks for itself she has done the hard yards outside of the studio to help build her name. The artist has been relentless in her creative output over the past couple of years, both under the Biig Piig moniker and with the Nine8 collective of which she is a member. This has recently culminated in the artist signing a deal with RCA Records.

To give just a taste, A World Without Snooze came out in March, while Nine8’s No Smoke came out just under two months later. All this while doing gigs with both projects. When I mention the schedule Smyth laughs it off with “The month of March was a bit intense, it was good though. To finally have that out [Nine8’s EP] and released is the best feeling cause you can kinda breathe – it’s liberating.”

Yet, Smyth seems eager to push forward “I feel like I’m just kind of ready to get this third one out now – get it finalised. I’ll definitely start recording it this summer. Then hopefully get it out by the end of the year..We’ll see.”

This drive is no small part fuelled by a desire to grow creatively, Smyth tells me that “I feel like, there are always things I want to improve. It’s cool though, I’m kinda finding my feet in terms of how I like to work. There’s more of a calm when you go to do it. Cause I kinda know myself and how to jump into it.”

Her tone gets a slightly introspective peak when she pauses, then continues with “I feel like I’m starting to get out of the habit of looking back too much. Cause you can overthink and over complicate things in your own head. When it’s finished, just put it out and keep going. Otherwise, you’ll just tangle yourself up.”

So too much self-analysis is a negative thing? “It’s the worst, especially when you’re trying to make yourself sound like yourself, comparing yourself to the old records. Oh, that part needs to sound like that cause that’s how it used to be. That’s NOT the way to go.”

London has been Smyth’s home for years now. Creatively, the vibe of the city suits the artist down to the ground. “[There’s] so many different musicians, so many different scenes about – especially right now. Such a good buzz between those different worlds…there’s a lot going on & a lot of opportunities to see & do different things.”

In Nine8 particularly Smyth seems to have fallen in with a group of like-minded creatives. Featuring vocalist Lava La Rue and Bone Slim, producers Mac Wetha and Kxrn plus more. The experimental hip-hop group began as a college art collective before expanding into the realms of music. Their No Smoke EP is a compelling release, laced with lo-fi beats and silky smooth flows.

Speaking on whether working within a group setting outside of the Biig Piig moniker pushes her own songwriting, Symth is enthusiastic. “Definitely. I think there’s that creative freedom with it too. It’s experimental hip-hop, there’s a lot more to be able to explore. There’s a lot more to breach boundaries with I guess. I could be doing that with my own stuff too I guess, but I think there’s a specific sound that resonates with me more when I’m on my own.”

While a Whelan’s show has been confirmed for October 25th (Tickets on sale here), the nearest date Irish fans will be able to catch her live at is this weekend at Longitude. Biig Piig plays on the Sunday alongside a host of fantastic international and domestic hip-hop talent.

We begin to finish up by chatting about the Irish hip-hop on the lineup “I Try to keep up. I know a little bit about it” and what’s been coming out of the country in general, Fontaines DC come up as does “Kev (Kojaque) and the Softboys”. I’m asked for recommendations and offer Why-Axis and Nealo.

On that forthcoming Longitude set and live performance in general Symth seems exuberant. “When you actually play to the crowd and you can see, it’s not just numbers and figures, it’s actual people and there’s an energy in the room. That’s incredible”.