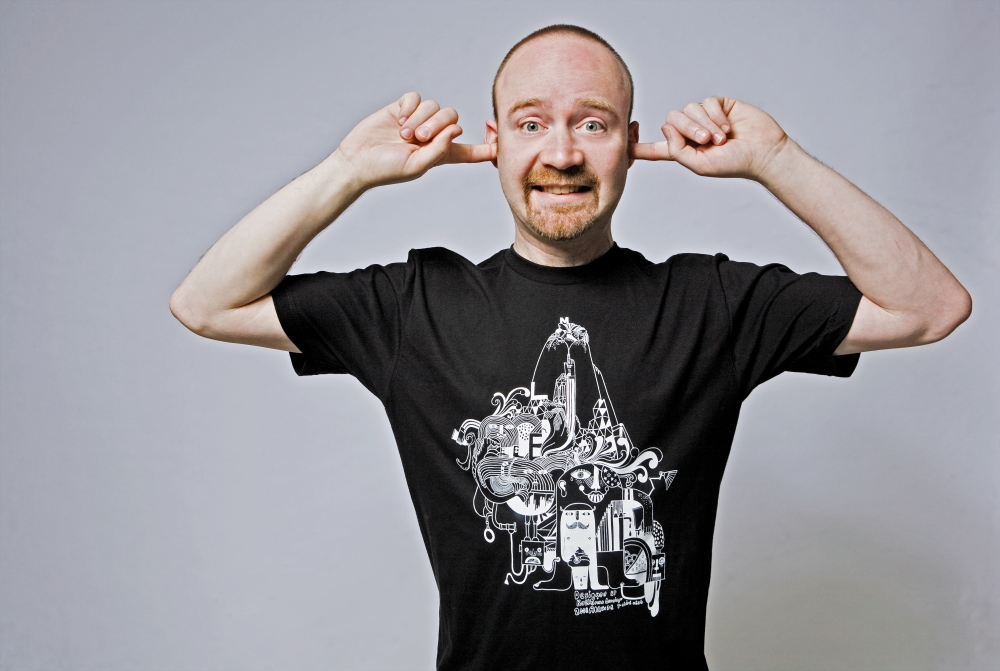 Mr. Scruff is a name held in high regard across the board by fans of electronic music. For good reason too.

The Manchester native has been DJing for decades now, playing clubs and venues around the world. His sets, often all vinyl, have earned a reputation for being among the most creative and eclectic of any DJ currently on the circuit. Most DJ’s belong to a singular genre or style, Mr. Scruff just belongs to good music.

Apart from his DJing pursuits, Scruff is a notorious music fan and record collector, check out his Crate Diggers feature if you don’t believe us. As such, we were delighted to get a chat in with him ahead of his Irish dates this coming weekend. We began the conversation by talking about DJing as an art of communication.

“It definitely is. I Think otherwise you don’t learn anything. That’s more like talking at people rather than having a conversation with them. Well for me all the fun of DJing in different places is having a unique group of people on a particular night, quite often in a new venue you’ve not played before. So there’s a whole set of different circumstances to affect and inspire what you play on the night”. This is highly reflective of Scruff’s overall ethos as a selector, one whose sets are often partly or wholly improvised.

“I don’t plan anything. The thing is you’re travelling with a few boxes of records or a USB stick full of amazing music of all persuasions and it’s then down to how you feel on that night and how the people who are there are. Whoever’s in the venue on any given night can really help shape the atmosphere. You don’t bring so much music that you’re lost. That’s a wormhole that you don’t really want to get stuck down.”

Obviously, that adaptive approach to DJing requires a huge amount of knowledge and skill to boot. Fortunately, Scruff has both in spades. For his upcoming Irish shows, he’s been booked to perform with MC Kwasi, a long time friend and collaborator. A DJ and MC combo gig is a bit of a rarity these days, one would be forgiven for thinking something like that might require a bit of rehearsal. Not at all, it’s a challenge, something which Scruff takes in his stride.

“There’s very little difference in how I’d play with or without him.” So they’re a natural fit. “I think with Kwasi cause he’s quite an old-school MC in terms of mainly coming from like a Reggae background. He’s not kind of yapping over the music constantly so he fits around what I feel like playing anyway.” Another avenue of communication for a master of that art. Continuing on the dynamic the pair share with one another, Scruff adds “I don’t really plan anything but I also know he’s there if I want to leave a gap or change direction..that’s when having a host or MC is really useful. To say a few words and then help take the music somewhere else.”

Everything in a Scruff set is organic. A vibe that begins with the man himself, into the music he plays and finally into the night he’s playing. For him, it’s about more than just purely music. “It’s about creating a creative, welcoming environment and a positive spirit to then enjoy it all with. I think one half of it is researching the technical stuff; record collection and musical knowledge and the other half is just being a nice person. Getting on with other people and being part of the party.”

Mr Scruff’s education in DJing is fairly atypical for a modern DJ. Cutting his teeth on what he refers to as the “specialist” scenes, nights dedicated purely to one genre awarded the DJ a wealth of knowledge about the music he played, where it came from and the people who helped shape it. “What I was doing in the 90’s, playing a lot of different specialists scenes. I was doing reggae nights, hip-hop nights. House nights kind of you know African and Latin music nights. There were funk nights, soul nights whatever in addition to all the stuff that I was buying and being interested in at the time. Most modern music scenes have either come from DJs or have a very strong link there in the way that the music is presented in a club context…It can give you a bit of a knowledge of where the music comes from. How many different scenes and cultures are actually interlinked in many ways and also how best to present them at any given time in a club.”

Scruff took this specialist education and implemented it in an all-encompassing musical vision. Deciding to branch out from themed nights, the DJ took what he’d learned and used it to present one of the most eclectic musical sets a DJ ever had a mind to put together.

At the time though, as Scruff explains, the choice was entirely natural. “I suppose about 20 years ago I remember just going well actually you know I kind of want to get a bit more mixed up with everything…It just got a bit constraining doing all these specialist nights. I’m sort of freewheeling in my own little bubble now which is which is great. I think that’s the way to best explore. I’ve been lucky enough to travel around to a lot of different places. I find it really fun and the thing is once you approach the music on that level you’re never ever going to know everything.”

That last sentence speaks volumes on how Scruff has managed to maintain such a dynamic and varied approach to presenting music in a live setting.

Even after the wealth of shows the Manchester native has under his belt, he continues to challenge himself personally. To always strive to push the envelope further, play different styles and evolve his set in real time to suit the vibe of his crowds. “You don’t want to be repeating yourself. That’s quite a dangerous thing. I think people can tell if you’re not properly connected as well. You’ve got to work hard to make that connection and when you do it can make for a very special kind of personal evening.”

“That doesn’t just go for DJs either. You can tell that with musicians too. You can tell when people are really working to make that connection with the people in the venue or whether they’re just running through a kind of very well oiled, well-rehearsed set. For me, It’s got to be a bit raw and personal.” Those who are planning on heading out to see him this weekend are in for a real treat.