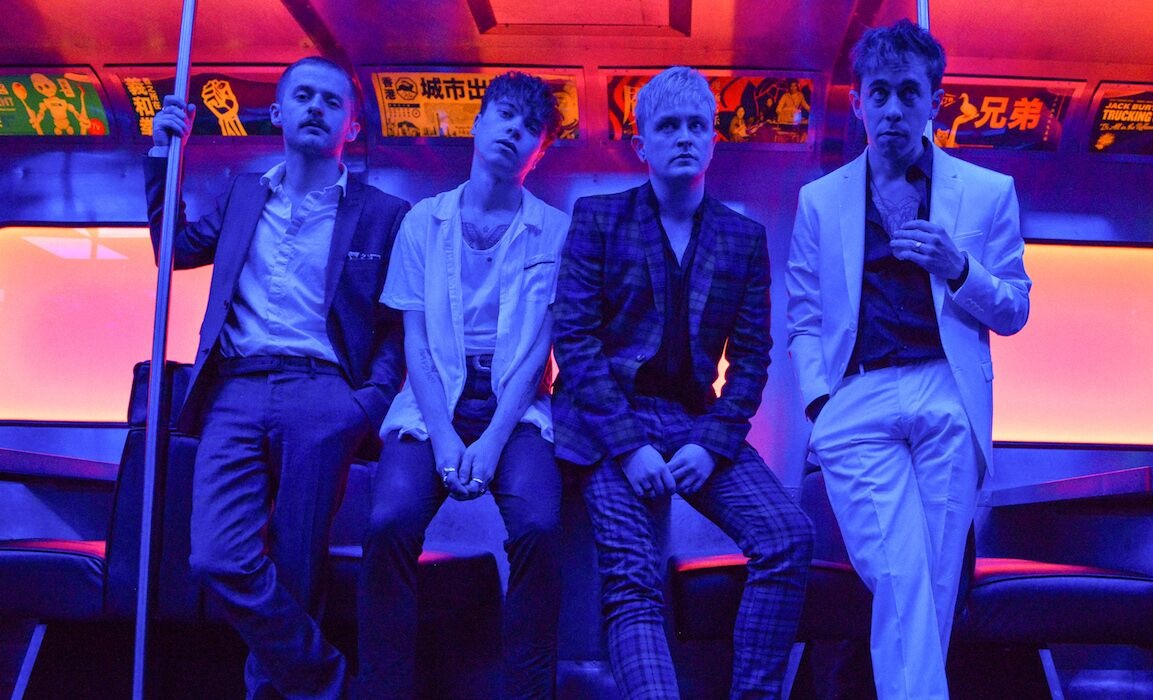 The band have been changing how they do things while they work on the follow up to 2017’s Ok. New singles ‘True Believer’, ‘On & On’ and ‘All That Remains Won’t Be The Same’ showcase a new, more overt electronic influence.

The band have been asked to curate a special night in The Workman’s Club this Thursday, August 8th as part of the We Are Workman’s series brought to you by Roe & Co Irish Whiskey. The band have handpicked each of the acts who’ll be performing on the night, with a special reason for each.

The night is set to pay tribute to the new sounds and influence that have inspired the group while working on the new album. We caught up with Luke Reilly from the group to chat through where Otherkin are at right now. We begin with the thought process which drove the group to change up their style.

“It was a matter of evolving tastes really. For our first album, we were drawing primarily from guitar music as that was what we were mainly listening to. When we came off the back of  OK and started writing again, we knew that we wanted to explore a different avenue with our sound and because we had been listening to a lot of music that incorporated electronic elements it felt pretty natural to go down that route.”

Evolving tastes are only natural, actioning those tastes into tangible changes requires a slight bit more effort. The band have looked toward some musical giants to help guide them on their way toward that goal.

“Our songwriting process has changed a lot since our first album. As opposed to jamming together in a room, we now tend to start out in the studio producing different ideas and develop the songs from there.”

“As a result, we’ve started using samples and loops, one of the songs we’re covering (‘Firestarter’ by The Prodigy) is developed entirely from both. We’ve essentially recreated the track itself by using the same samples that Liam Howlett would have dug up from the crates back in the 90s so it’s been really cool trying to shape those samples in the same way and then figuring out new parts for us to leave our own stamp on it.”

A change in listening and writing habits were not the only motivating factors behind the band deciding to take a break after the release of their debut. Otherkin, like most touring musicians, have had their own fair share of financial concerns, a sapping pressure which can have a telling drain after a prolonged period of time

“A lot of touring musicians are greeted with an assumption that they must be raking it in considering they get to tour abroad and play festival slots but that couldn’t be any further from the reality,” explains Reilly.  “At last count, I have 4 side gigs that allow me to continue prioritising the band. It can be stressful.”

It’s strange to think that a group like Otherkin as facing strugglees, considering they’re a well-established group with plenty of touring mileage and an album under their belts.  Though anyone who’s been paying attention knows there really isn’t that much support out there for working Irish artists at any level.

“There’s a constant humming concern about money to keep the band and yourself afloat and there’s very little in the way of support out there. Working in the arts is a little bit of an outlier employment-wise; musicians don’t usually get holiday pay, they don’t typically have pension plans and the idea of ‘job security’ doesn’t exist. We do it because we love it and that sustains us, but if you do it because you want to make money then you’re barking up the wrong tree.”

The lineup for Thursdays’ gig has been hand-picked – “I love that they [the acts] each represent a different face of the Irish Alternative scene. Thumper with their radioactive noise-pop;  Synk  who play expansive alt-rock with an electronic verve and Blushing Boy who represent the new face of emerging Irish talent. We also have Caoimhe of Wyvern Lingo  (Lil Brendan) and Kate Brennan Harding (Lost and Sound) who are two of the best DJs in the city.”

I couldn’t think of a venue with a stronger association to the sound of a band like Otherkin than the Workman’s Club, it’s a natural fit and Reilly agrees. “It was almost somewhat of an academy for us when we were starting out, ya know? You would learn so much from playing your early shows there; how to craft your live show, how to network with other people, who the other local bands were and what they were listening to. It almost felt like BIMM before BIMM was a thing.”

Otherkin curate and headline ‘An Electric Dream: A Night Curated By Otherkin’ on August 8th as part of the We Are Workman’s Series, brought to you by Roe & Co Irish Whiskey. Tickets, at €10+, are on sale now here.

All Together Now: the good, the bad and the traffic

The case for introducing drug testing at Irish festivals