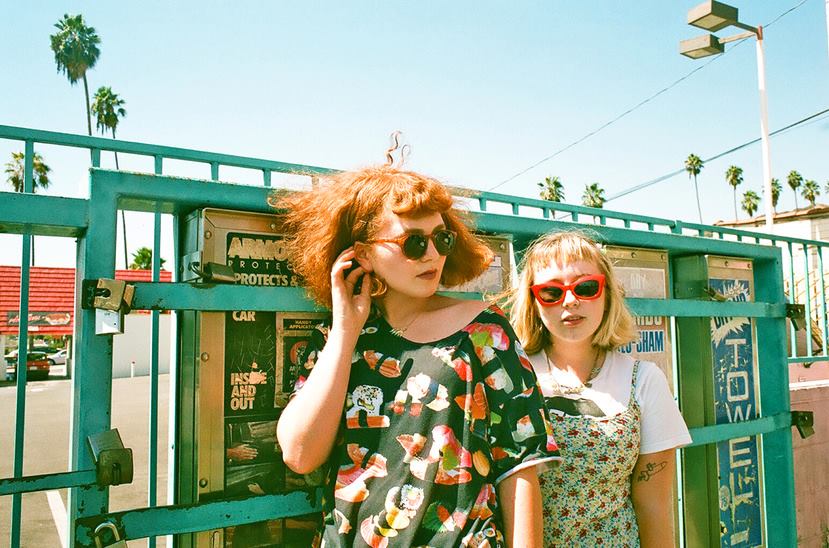 The early releases from Philadelphia-based Girlpool, a duo made up of to seventeen year-olds from Los Angeles, Cleo Tucker (Guitar) and Harmony Tividad (Bass), have worn a mark of brash youth. Their indie/rock tracks with double harmonic vocals have reminded me of The Breeders.

They met at LA club The Smell, where Tei Shi, Abe Vigoda, No Age and Health were/are known to hang out. They bonded, played shows together and late last year, they moved to Philly.

The naive youth is evident as is the not-quite-fully developed identity. It’s basic and raw. There’s no drummer, no drumkit even. Last year’s debut EP had whiney lo-fi melodic rock at its core – obnoxious kids singing “blah blah blah” as a chorus and screaming in a piercing way on the brilliant ‘Jane’ – “Girls and boys, don’t ever feel imprisoned, feeling like your mouth is glued tight shut,” they sing. These songs are tales of teenagers with something to say about their lives. Their youth is infectious.

The pair have a debut album Before The World Was Big, coming in May on Wichita. ‘Chinatown’ is a sweet song that paints a picture of adolescence uncertainty and wondering whether “you feel restless when you realise you’re alive”. They are bringing the best of ’90s alt-rock to 2015, even if they weren’t born then.