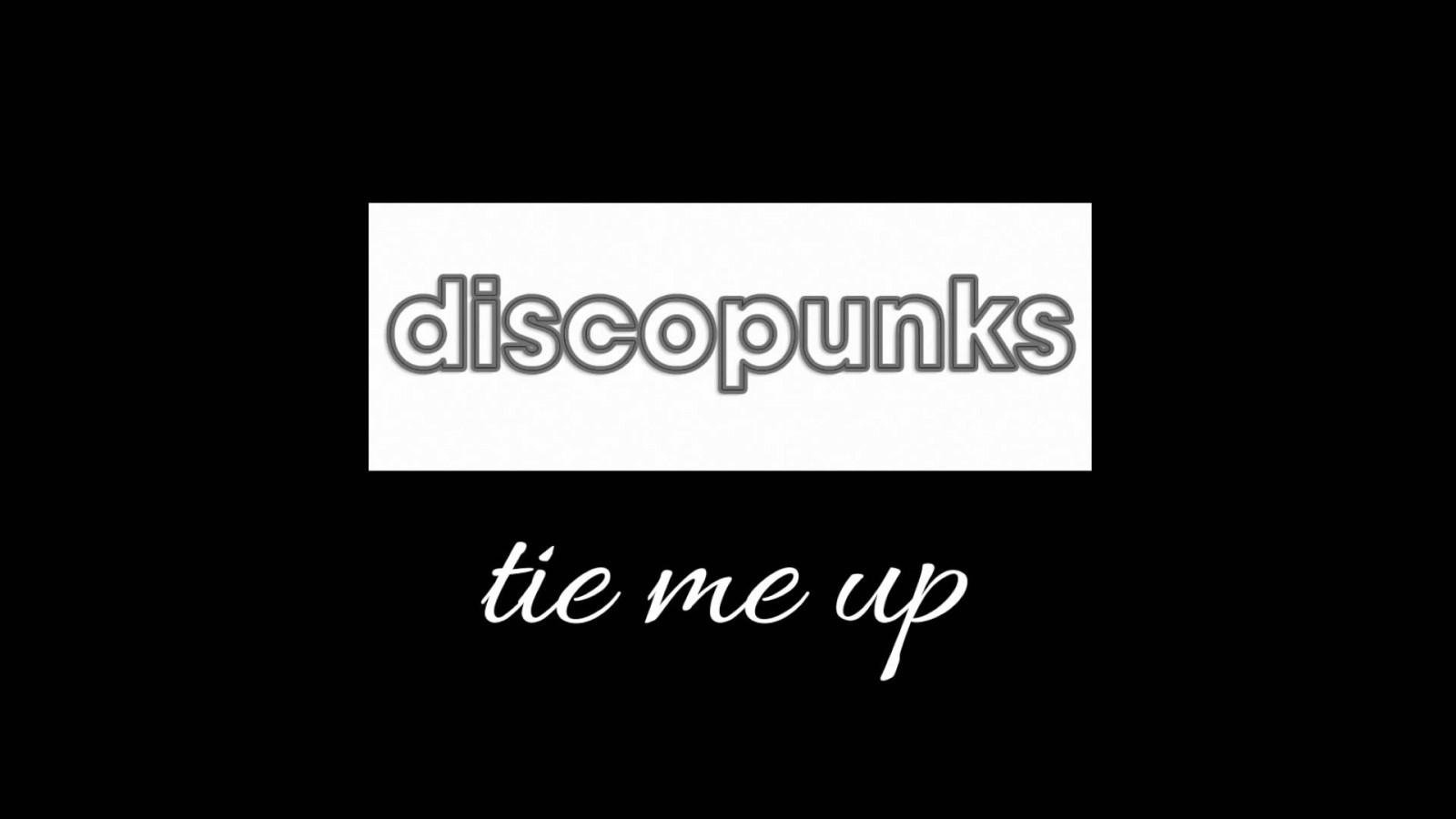 
Discopunks are a new Dublin band whose members are currently unknown but who have been clearly strategising their introduction to the world. For nearly the past year, the band have been posting up pictures of iconic musicians, pop culture and design on Instagram and Twitter. It’s a long game they are playing for sure and it has been intriguing to see what was coming. The name Discopunks is suggestive of so many things, but now we have their debut single ‘Tie Me Up’ that gives us more than a clue.

So without any other info available, what does it sound like? LCD Soundsystem meets U2 isn’t a bad start. The six minutes long song has a clear James Murphy element, so much so that at times, the vocals sounds like a curious parody of the kind of yelping that Murphy ably demonstrates on ‘North American Scum’.

With the filter of an Irish accent, the vocals are reminiscent of Bono when he’s let loose to rant, rambling about cheap MDMA and a cunt with a knife.

Discopunks’ first single might be too close of an appropriation to its influences but it’s an admirable showing at aping that style. Is it too calculated? Too close to a cover band style? It’s fun to speculate, for now. At the very least, it’s an intriguing homage.

The single is on iTunes on Good Friday April 3rd.