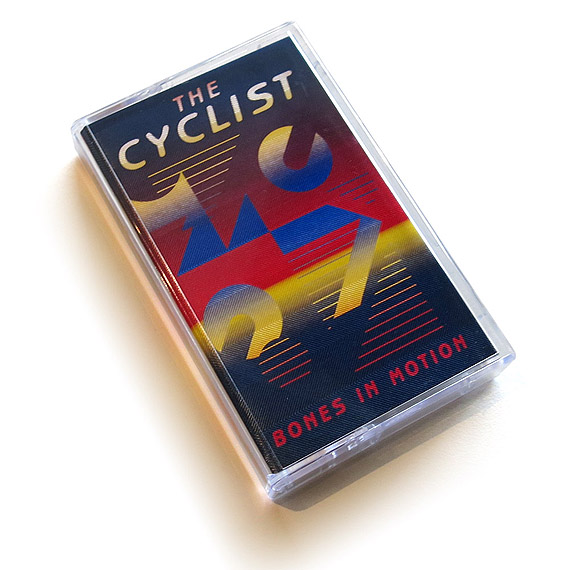 Derry’s Andrew Morrison makes music under the name The Cyclist and his latest album Bones in Motion just came out on Stones Throw/Leaving Records.

Morrison says The Cyclist project is “an attempt to get to a time in electronic music, where everything sounds warmer, like with the more techno-ey tunes by Throbbing Gristle maybe a bit like what Geogaddi by Boards of Canada got across, but with a whole other meaning with a more danceable edge of New Order. This needed to be done and needs to be done more. let’s call it Tape Throb for now.”

So there. To that end, the music of The Cyclist is cerebral house and electronic music filtered through disintegrating equipment so jagged artefacts of the process seem to cling to the sound ensuring a lo-fi coat covers the songs. Morrison supposedly uses a battered £20 keyboard “whose constant errors generate random noises and extra tones”. Leaving Records call it ” thoroughly busted techno for the post-punk demo tape set,” which makes sense too.

Morrison has previously released a cassette album called Bending Brass on the Crash Symbols. The embedded tracks here are from Bones in Motion which is out now on LP, CD cassette and MP3.

Intro: Back & To The Left – lovely Dublin men apparently