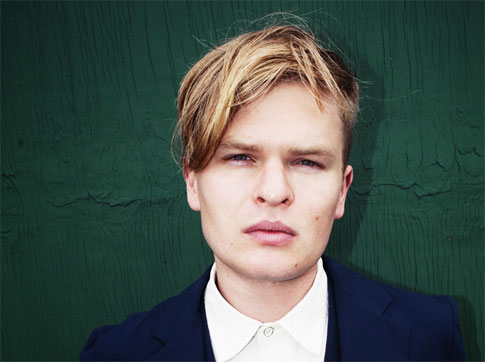 ‘Answer’, the first track from Chris Taylor of Grizzly Bear’s solo project CANT is a slow-burner. In that regard, it’s like the Twin Shadow album he produced last year and as it happens, it’s not a million miles from that hazy song-led electronica. The reason? George Lewis Jr. of Twin Shadow helped Taylor out on his own CANT record so there are many similarities. Taylor’s album Dreams Come True is less poppy and more hazy but it works for him.

Its sound is not easy to define but it does take in percussive experimental pop with a Phil Collins vocal style (opening track ‘Too Late Too Far’), synth-pop, laid back funk (‘The Edge’), a lo-fi lullaby (‘She Found A Way Out’), skewed piano ballads and even a NIN-style industrial number (the title track).

‘Answer’ is the album’s most electronic number and its most experimental pop track: