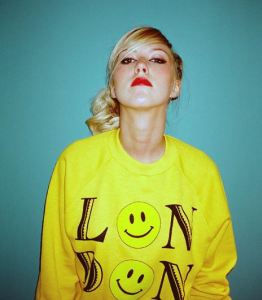 You may not know it yet but Goldielocks is a serious dub and grime head. The Croydon producer worked with Benga (on ‘Bear Goggles’), Tinchy Strider and remixed Mutya (her who used to be in the Sugababes) She has two EPs under her belt and is 75% English and 25% Swedish apparently.

Despite making her own productions, ‘Fuckabout’ is co-produced alongside Mark Pritchard (hear his other recent epic production ‘Wind It Up’ here) is a dub-heavy tune that falls somewhere on a venn diagram between grime, electro, dubstep and hip-hop.