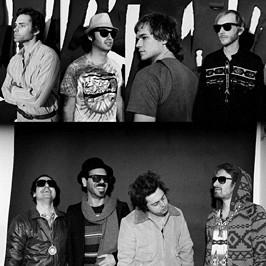 One of my favourite labels IAmSound (home to Suckers, Little Boots, Telepathe, Thecockandbullkid, Florence and the Machine etc) has announced a new signing in the form of Fool’s Gold (the band, not A-Trak’s label) who will be releasing their debut in September.

Hailing from LA, the band is made up of members of We Are Scientists, Glasser, Foreign Born and The Fall. Surprisingly, they have an African pop sound (or should it be? Everyone’s at it at the moment..) as is evident from ‘Surprise Hotel’ the opening number on the self-titled album. It’s a funky jam.

In other IAmSound news.. Thecockandbullkid will be releasing a new EP called Querelle in early August which will feature production from Radioclit and this is a track from it.