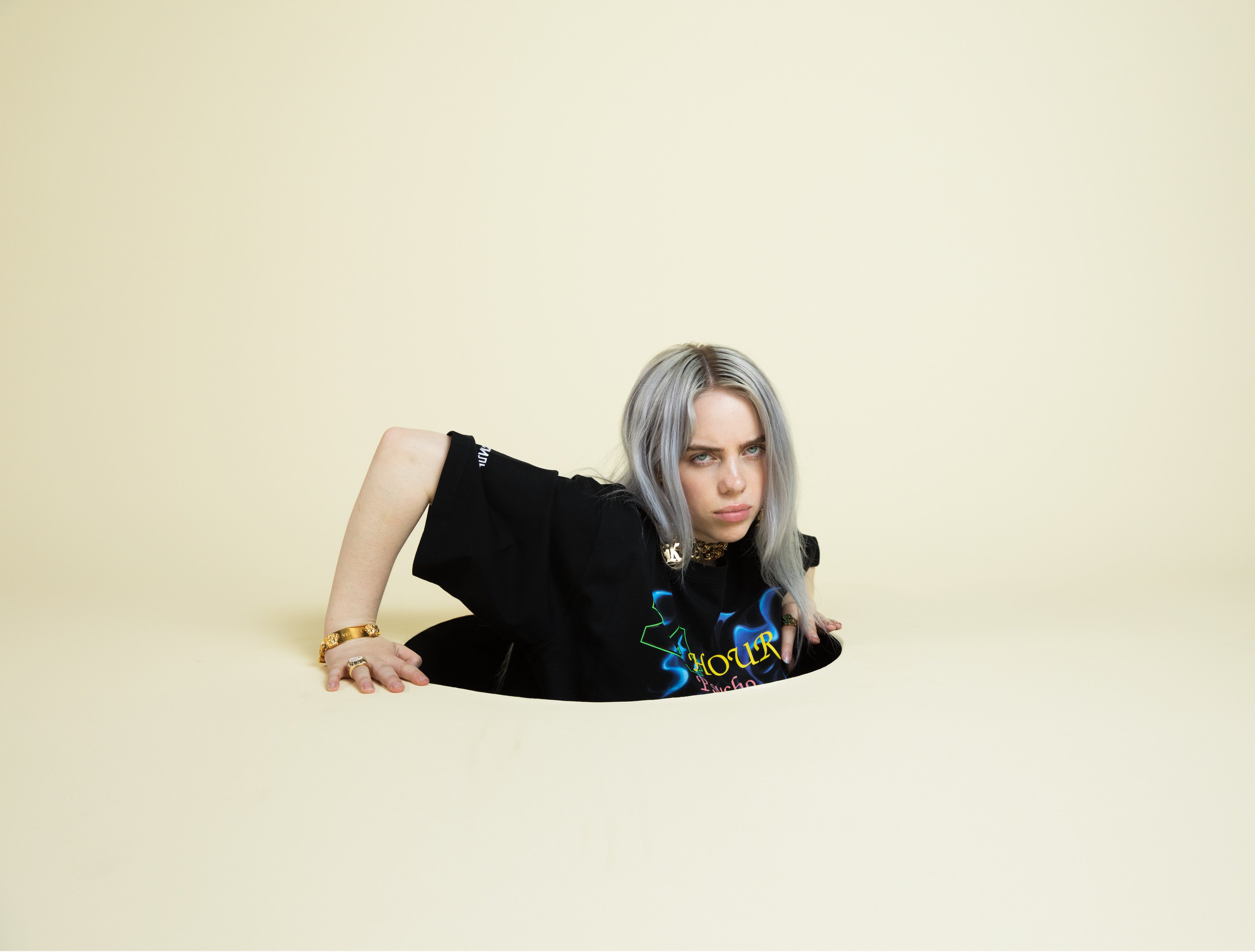 Billie Eilish looks like the kind of school student that teachers have nightmares about. Images of a pouting, petulant-looking adolescent wearing layers of oversized trousers, hoodies and fur coats. In the true fashion of a truculent teenager, Eilish refuses to smile in pictures because she feels that it makes her seem “powerless and small”. The pop prodigy is only 15-years old.

Eilish (pronounced eye-lish) burst onto the music scene in 2016 with her hazy debut ‘Ocean Eyes’. She uploaded the song to Soundcloud with the intent of sharing it with her dance teacher and class. Within a fortnight, the song had racked up almost a million streams.

Fast forward one year, Eilish has signed a record deal with Interscope Records (Kendrick Lamar, Selena Gomez), accumulated 390K monthly Spotify listeners and 332K Instagram followers. Just last week, VEVO penned her a “one to watch in 2018”. Not bad, considering she’s not even old enough to drive yet.

Eilish’s debut EP don’t smile at me (stylised in lower case letters, thank you very much) saw release last August and was received with high praise from both critics and her contemporaries.

The EP is an eclectic mix of styles and pop sub-genres; the instrumentation ranges from sawtooth bass to ukulele. The songs are clever and well crafted, they catch you by surprise.

It isn’t your typical pop debut. 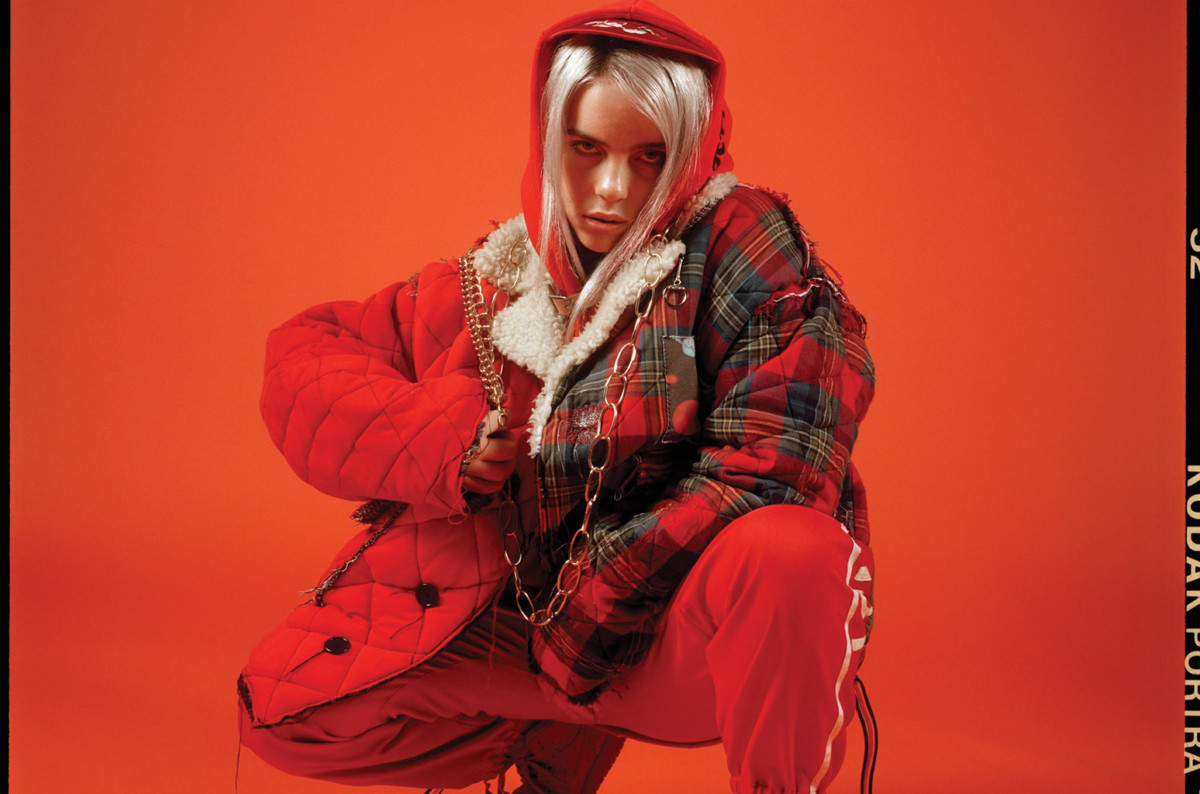 The EP’s lead single ‘bellyache’ follows the narrative of a psychotic serial killer who has murdered all of her best friends. The verses are sparse but hypnotic, with only an acoustic guitar and drum loop accompanying Eilish’s rasping voice. The song takes a sharp stylistic turn at the chorus; the acoustic guitar is swapped for an infectious electric bass line while Eilish croons “…maybe it’s in the gutter, where I left my lover”.

Eilish singer has a sharp, grating sense of humour, and it cuts through in the music, “People are terrified of me, and I want them to be”, she said in an interview with W Magazine. ‘Copycat’ sees the teenager confront and threaten a girl who copies everything she does, “By the way, you’ve been uninvited…watch your back when you can’t watch mine”. In ‘my boy’, she suggests that an ex-lover goes and trips “over a knife or something”. Yikes.

Eilish is clearly somebody that you don’t want as your enemy. There were several moments during my prefatory period with the singer that I briefly considered reverting back to the more benign side of Spotify with my hot-water bottle and slippers in tow. In her full live shows, she ambles slowly around the stage with the manner of a predator. She comes across as intimidating, and as a result, makes the music feel slightly inaccessible at times.

It’s in her slower songs such as ‘watch’ and ‘hostage’ that Eilish really shines. These happen to be placed towards the end of her EP, as though after several songs of revenge, murder and petty fights, she’s finally got something out of her system. The songstress is at her best when she’s not firing accusations at school friends and ex-lovers.

‘Watch’ is a dreamy, delicate ballad with soaring vocals and luscious synths. Party favour makes a case for breaking up with someone on their birthday, “I’m so sorry to do this to you on your birthday, Happy Birthday, by the way”. There is a tenderness and opacity in these songs that would suggest that a writer of many more years has written them.

One of the highlights of my Eilish binge was stumbling across a live video of her performing her song ‘Six Feet Under’ at Sofar Sounds New York last year. Accompanied only by her brother on piano (who is also her producer Finneas), the performance is a showcase of musical transcendence at its finest. The lyrics are haunting, “I lost myself again, but I remember you”, her audience are visibly captivated. There are occasional moments, such as here, where she lets her guard down and exhibits the song-writing talents that have merited her such acclaim and extol over the past few months.

It’s easy to listen to and dissect Eilish’s music and forget that she is only 15. Isn’t it better that she’s writing about fictional psychopaths than about drugs and nightclubs in Ibiza? There is, indeed, a talented songwriter underneath the layers of fur coats and contentious one-liners. I think that we are yet to see the best of Billie Eilish.