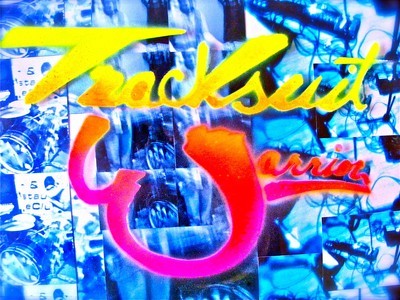 With Super Extra Bonus Party on an indefinite hiatus, the various members of the collective have been making music in other guises. Three members make up We Are Losers, one of those is also AdultRock, there’s Urban Response and now we have Tracksuit Warrior, Michael Donnelly’s solo electronic outlet out of London (he’s a mate FYI).

A debut EP – Naff Naff Jack It of songs have been posted to Bandcamp and Soundcloud for free download. From the Harry J reggae-topped opener to the dreamy atmospherics of ‘I Hope Your Happiness’ to the post-dubby workout of ‘Suit Up And Go’ to the Plaid-esque robotics of ‘Square One’ and the dark ’80s ambiance of ‘Cold Sweat’, Naff Naff Jack It finds Mike trying out different styles over its five tracks. Download the EP.

03 Suit up and GO by Tracksuit Warrior

04 Square One by Tracksuit Warrior